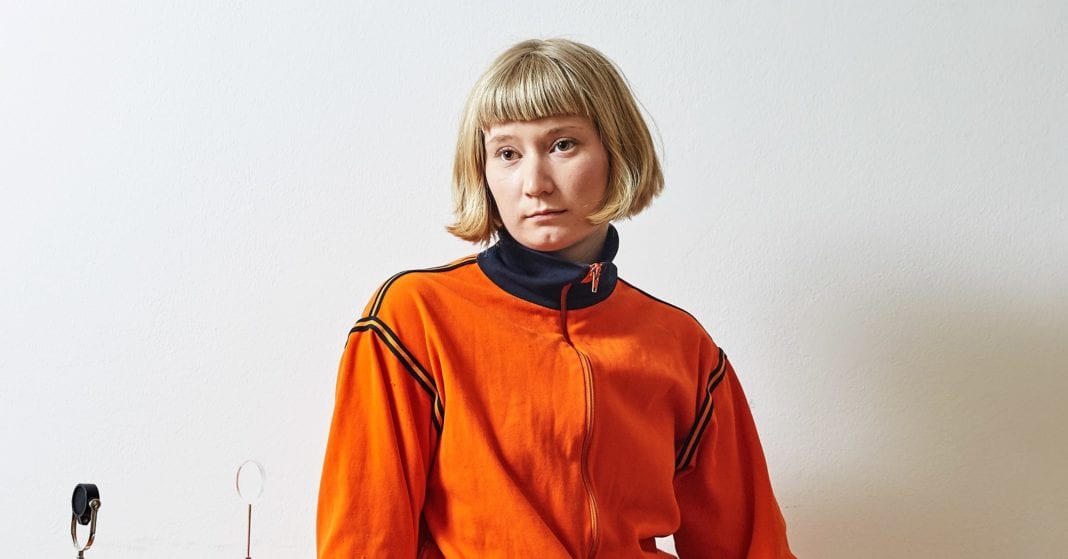 Food doesn’t always pair so well with tech. The former is comforting and cultural, the latter cold and commercial. Lab-grown meat, transgenic crops, desserts extruded from the nozzles of 3-D printers: not exactly fodder for nostalgic childhood memories.

But why not? asks Swedish designer Erika Marthins. "People often see technology as something alien," she says. "But if you’re eating it, maybe that can help you understand it better." Working with engineers and scientists, Marthins uses tech to add motion, sound, and visuals to food. She’s not suggesting anyone ingest metal or wires—but how about a lick of an augmented lollipop? There’s a secret message encoded on its surface by an algorithm. Or consider her robot gummies that wiggle on the plate. Soft robots are often made with silicone; her variation, created with roboticist Jun Shintake, is made with a different material, this one edible—gelatin. Shintake believes soft robotics could one day become a go-to vehicle for delivering internal medicine.

"Our tech will become more and more invisible, and it will be in everything," Marthins says. "I think we can have that next level in our meals." She envisions a future in which restaurants can serve up a completely personalized eating experience. Say a chef discovers Marthins’ Swedish background. Maybe dessert will be some enhanced, interactive take on her favorite Nordic indulgence: salt licorice.

FAVORITE FOOD:
Burger with bacon, chèvre, and honey. “But in the summer, Swedish crayfish.”

This article appears in the May issue. Subscribe now.

Lab-Grown Meat is Coming, Whether You Like it or Not

Food scientists and startups are trying to make meat more ethically appealing by growing it — cell by cell — in a lab instead of on a farm. Even some vegans support so-called "clean" meat. But can lab grown meat overcome the dreaded "yuck factor?"

Will Essential Home be more than another dumb smart home hub?

What happens if theres no Vision Fund II?