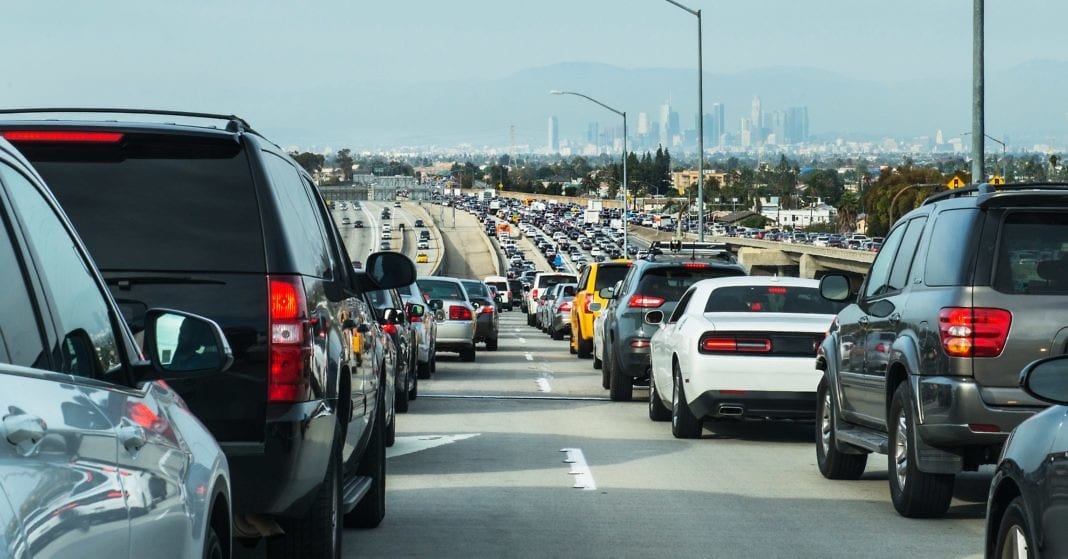 For nearly as long as there have been ride-sharing services like Uber and Lyft, there have been apps that help riders compare fares and travel times. These aggregator apps allow riders to survey all the services in an area and check prices and wait times—an efficient version of what many do already. There are always fresh versions of these apps popping up. The newest one, Bellhop, officially launched in New York this week.

Bellhop allows prospective riders to compare 17 services offered by four companies—Uber, Lyft, Juno, and Curb—in New York, with plans to add more services and expand to more cities soon. “There are too many ride-sharing apps and you don’t have transparency to make decisions,” CEO and cofounder Payam Safa told me—and he’s right. Pull Bellhop up on a Tuesday morning in July, and it will tell you that the cheapest way to get to the New York public library from my home on the Upper West Side is Lyft’s carpool product. The fastest is Juno, as there’s a car just one minute away.

Figuring that out on my own would take minutes of toggling back and forth between ride-share apps (and likely drumming up my fare in the meantime). With Bellhop, those calculations took less than a minute.

Figuring that out on my own would take several minutes of toggling back and forth between ride-share apps. With Bellhop, those calculations took less than a minute.

Bellhop is just the most recent service to try and forge this problem into a business opportunity. Whipster, which was started by a Florida IT consultant and aggregates bikeshares and public transportation options as well as ride shares, launched officially last February. The oldest and most established is the Boston-based team behind RideGuru, which began as a taxi fare finder in 2006, three years before Uber launched. Add to that a list of abandoned attempts, ghost apps, and failed startups that includes: PriceRide, Ride Fair, Ridescout, Urbanhail, and Corral Rides, among others. (Corral Rides switched strategies, relaunching as a carpool app called Hitch that sold to Lyft in 2014.)

Several of the startups that publish these apps, including both Bellhop and RideGuru, attempt to make money by striking deals with the ride-sharing companies to promote their services in exchange for affiliate fees, the same way that hotels pay Kayak or Expedia when a prospective traveler books through the platform. Most of the apps reach their estimates through algorithms that factor in published rates, distance, and time traveled. Many also rely on the programming tools, or APIs, that ride-sharing apps like Uber and Lyft make available to developers. But accurately predicting prices has become trickier in the past year, according to RideGuru founder and CEO Ippei Takahashi, as Uber has rolled out a new upfront pricing structure. The companies also offer promotions and discounts for which aggregators can’t account. (For example: Uber has given me a 50% discount on my first 10 rides this week, so Bellhop’s estimates for the service are wrong.)

None of these apps have successfully transformed into the Kayak of ride sharing, but their continued emergence points to one of the ride-share industries most significant challenges. Ride-sharing companies aim to compete on brand and service, offering better experiences and increasingly more thorough transportation options, including bikes, scooters and even rental cars. But to build their networks, they have competed on fares, offering riders ever cheaper prices in an effort to get them hooked. This price-cutting cycle has conditioned riders to look for the cheapest ride options.

Ride-sharing companies aim to compete on brand and service, offering better experiences and more transportation options. But to build their networks, they have competed on fares.

As private companies funded by loads of venture capital, Uber and Lyft can still afford to slash prices. But this time is coming to a close. As both companies gear up for initial public offerings in the next year, each must focus on becoming profitable. At the same time, they’re under increasing pressure to pay their drivers better. New York City regulators are considering establishing pay rules for drivers of Uber and other ride-hailing apps that would significantly increase their wages. “As [Uber] shifts toward an IPO, they have to charge riders more and/or pay drivers less in order to become profitable,” says Harry Campbell, author of the ride-share blog The Rideshare Guy, and an adviser to Bellhop.

So, it’s no surprise that the large ride-sharing companies don’t much care for these apps. They encourage the price checking cycle that the larger ride-sharing services wish to eradicate. For the most part, Uber and Lyft appear to ignore them. But as individual apps have become popular, ride-share companies can threaten to withhold access to their developer tools. An Uber spokesperson pointed me to the company’s developer terms of service, which forbid using APIs for price comparison.

Uber used this argument when it threatened to shut down Ride Fair in the summer of 2017, by demanding Ride Fair remove the service from its comparison app. A year earlier, Uber similarly threatened to restrict its tools for a group of Harvard Business School entrepreneurs after they launched Urbanhail; they cried foul, arguing that Uber’s stance was anticompetitive.

While Uber never officially followed through on these threats, neither group elected to continue developing their apps. When I reached Phillip Wall, one of the two developers behind Ride Fair, he said he hadn’t paid the annual $100 fee to make it available through Apple, but you can find it in the Android store. “Part of me is happy knowing there's a few thousand people who get some use out of it,” he wrote in an email.

But smaller ride-hailing apps embrace aggregator apps as an opportunity to spread the word about their services. And industry leaders in the United States might be more willing to embrace it in international markets where they still have smaller footprints and need to figure out how to expand. That’s why Campbell has signed on to Bellhop as an adviser. “There's a huge incentive for competitors to partner directly with an app like this, especially internationally,” he says. It will get their service in front of riders’ eyes.

Ultimately, the reason these apps often don’t succeed has more to do with riders than the ride-sharing companies. One New York rider, Daniel Greenberg, downloaded Bellhop in the spring, before it had officially launched. “I’m a sucker for trying everything in the space,” he messaged me. He liked it, but he very quickly stopped using it. “Every time, Lyft was cheaper.” For now, Greenberg’s committed to Lyft—at least until the next app comes along, pointing him in the direction of even better deals.

What Uber Learned from a Year of Self Driving

Ride hailing company Uber took to the streets of Pittsburgh in late 2016 with self-driving cars. Here's what riders and the company learned from letting robots take the wheel.

Your money plan under Trump: Stick to it

A $2,400 Class to Make Anyone a Self-Driving Car Engineer