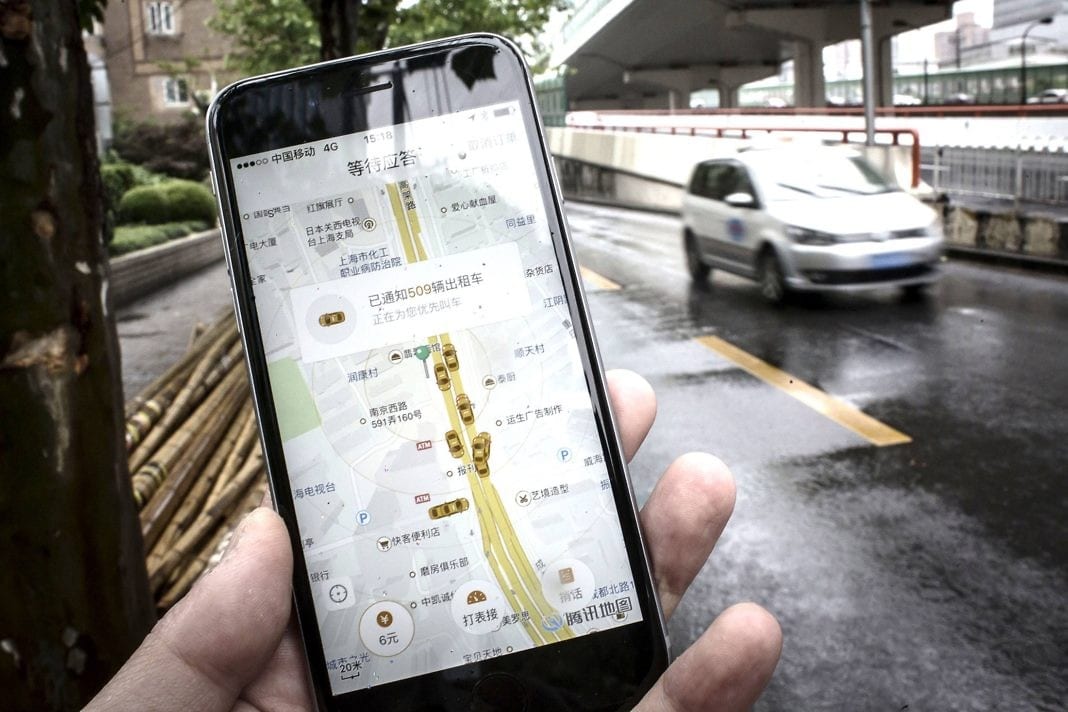 Uber Technologies Inc. investors have a message for management: Its time to wrap up the costly fight in China.

Several institutional investors are pushing the ride-hailing company to ink a partnership agreement with Chinas market leader Didi Chuxing, according to people familiar with the matter, stemming the billions of dollars Uber is spending to expand in the region.

Investors in Uber and Didi have discussed a potential deal, though the companies own executives would need to negotiate any truce, the people said, asking not to be identified as the discussions arent public. One Uber investor said hes had more than 10 meetings and calls with Didi shareholders that want the companies to cut a deal. He declined to discuss the identity of the investors.

Uber and Didi are bleeding cash in China as they fight for dominance in the worlds most populous country. Uber has said that it is spending at least $1 billion a year to expand its business in the country. Both are giving out incentives for drivers and free rides to compete for market share.

Benchmarks Bill Gurley — an Uber investor and board member — spoke briefly with Didi President Jean Liu at the Code Conference in Rancho Palos Verdes, California, a few months ago, according to a person familiar with the matter. Liu, who speaks fluent English unlike Didi Chief Executive Officer Cheng Wei, has made several trips to the U.S., where she evangelizes for the company and meets with backers including Apple Inc.

She also met this year with Emil Michael, Ubers senior vice president of business, another person said. The people declined to discuss whether the conversations included explicit talk of a deal or partnership.

The two companies are not currently discussing a deal, a separate person familiar with the matter said.

With both companies asserting their intent to grow independently, executives at Uber and Didi are concerned that appearing open to a deal could undercut their negotiating leverage with each other, the people said. Didi is in the lead on its home turf, with 14 million drivers signed up in 400 Chinese cities. Uber has set a target of operating in 100 cities this year.

Uber set up a separate corporate entity to insulate its Chinese business, which has gathered local Chinese investors. Still, the parent company has also invested its own money, keeping the units financially intertwined.

That cash has been accumulated, at least in part, in an attempt to signal a willingness to continue spending in China. Many investors believe Uber and Didi are playing a game of chicken — burning cash and waiting for their competitor to concede defeat or come to the table.

Outside of China, business is faring better. Uber has said that it is profitable in the U.S. and Canada. But its profits in the developed world are being offset by losses in developing markets.

Understand more about “the sharing economy” in this QuickTake explainer

One potential roadblock to a partnership agreement is how fees would be split, according to one of the people. Didi would want more of the combined revenue share than Uber would be willing to give up, the person said. Investors have also proposed that Uber China be absorbed by Didi, with Uber becoming a minority shareholder in the Chinese company, another person said.

A representative for Uber declined to comment. Didi Chuxing and its external media advisers Brunswick didnt respond to multiple e-mailed requests for comment.

Didis no stranger to partnering with peers. The company has already formed a global coalition with Lyft Inc. in the U.S., Indias Ola and Southeast Asias Grab.

A string of recent mergers in China set a precedent for investors getting what they want, despite initial reluctance from company founders.

Having raised more than $15 billion, Uber has a long bench of investors from venture capitalists and hedge funds to sovereign wealth funds. Shareholders money is currently locked up indefinitely as CEO Travis Kalanick has said hell wait as long as possible to go public.

Stemming losses in China is one of the main things holding up Ubers potential initial public offering, according to people familiar with the matter, alongside the companys regulatory battles. At its current private valuation, Uber is not only one of the biggest closely held technology startups, but also bigger than 85 percent of the companies in the S&P 500 Index.

Wynds air purifier has broad ambitions and a short reach

Scout networks are latest VC salvo in war for founders