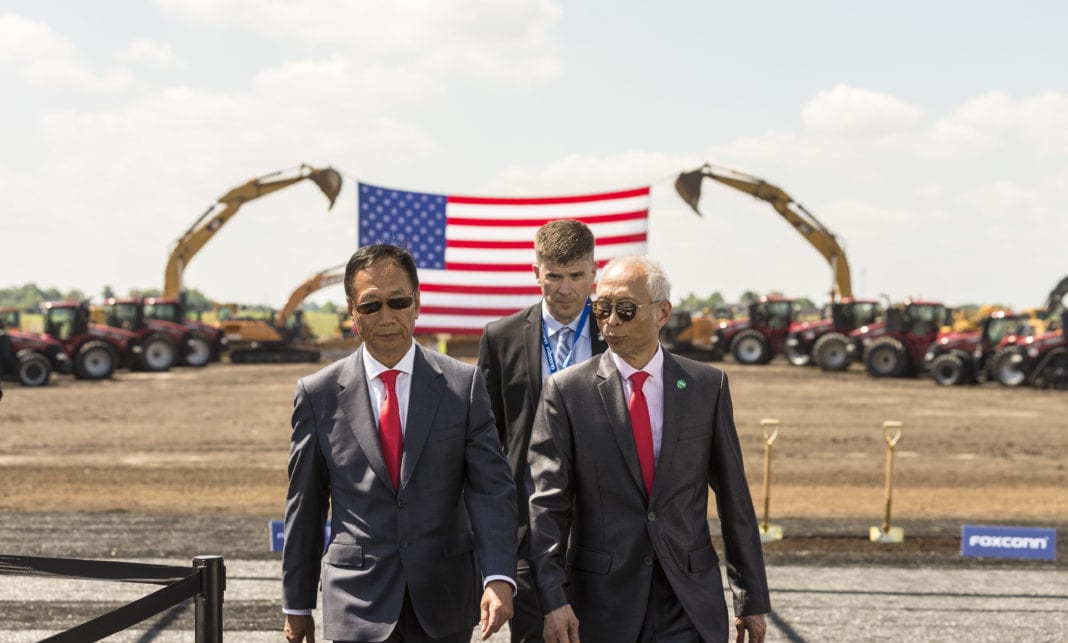 In just the past few days, we’ve had Foxconn renege on Wisconsin, Amazon renege on NYC and GE renege on Boston. Each followed the Anna Karenina principle that every unhappy economic development deal is unhappy in its own way: for Foxconn, it was trade tariffs and slowing iPhone sales; for Amazon, it was populist protests plus the usual NYC corruption; for GE, it was the reality of looking at a mirror and finding that you’re staring at a dumpster fire.

Yet, there are eerie similarities, other than the fact that I have practically lived next door to every single one of these projects (if you call Wisconsin next door to the better-looking state of Minnesota).

In each case, there was the perfect alchemy of the modern urban unicorn renewal plan. A well-known but sordid tech company paints a picture of revolutionizing a city’s economic base. They splash huge numbers on the board, or at least a coveted status symbol. Seeing their legacies secured, politicians latch on to these projects, negotiating with alacrity and without due process because — wow — the company with suicide nets or the company where employees pee in bottles (undercover!) is coming to town.

I get it. And look, if these projects panned out, they would indeed be great for their home cities. As I wrote about Amazon HQ2 a few weeks ago:

These spillover effects are at the heart of agglomeration economies. With Amazon’s arrival, more software engineers will locate to NYC. They will start companies, join other tech firms and expand the vitality of the community. As Edward Glaeser argues convincingly in his book The Triumph of the City, density of talent matters enormously for the success of the city. Amazon thickens the market for tech talent, and that is a huge win for both NYC and DC.

Yet, these projects rarely work out, and behind this all is the plague of Silicon Everywhere. As I wrote four years ago:

There are many commentators who argue that there is a bubble in Silicon Valley today. They may or may not be right, but there is certainly a bubble in places named after the preeminent global tech ecosystem.

And so we got “Wisconn Valley,” which actually is a brilliant fusion of Foxconn, Silicon and Wisconsin that now has its very own government homepage. GE was going to restart Boston’s tech scene, except the 800 jobs in its headquarters office were predominantly accountants and lawyers, which of course is where the real innovation of any company takes place.

These silicon dreams need to be crushed, beaten, stamped out and destroyed. So should these mega-project economic development deals, which always seem to go through a cycle from euphoria to lassitude.

In their wake, tech leaders should be encouraging a culture of bottoms-up economic development. Mayors should partner with local startups to encourage the growth of small companies and then coordinate pathways to help them succeed. Economic development money should turn into seed capital, boot camp credits, university research transfer grants and a whole lot more options for small-scale — human-scale — interventions. The unicorn urban renewal project is dead, but it always has been.

Welcome to the Extra Crunch Daily

Image via Flickr by Prayitno used under Creative Commons

Assuming you haven’t unsubscribed yet, welcome to the new Extra Crunch Daily newsletter, which is stochastically delivered to you “daily” depending on the misery index of my morning commute courtesy of NY Governor Andrew Cuomo.

We have been A/B-ing this format a bit over the past few months, and have talked about the future of geoengineering, power politics of GPS, societal resilience startups, the disappearing Form D filing, Softbank’s debt obsession, the internet’s transformation into a nation state and why TechCrunch’s parent company is … well, I shouldn’t say that, lest I kick that damn hornet’s nest again.

This newsletter is about context, big ideas and arguments. It’s also about touching on any of the 35-odd spaces that I seem to cover in a given day, so it’s basically professional ADHD in written format. I write when I am in that liminal space between curiosity and anger, that “Why??” which follows “What!!!”

I’m joined on this project by Arman Tabatabai, our intrepid research consultant from New York. He’s always willing to learn a completely new subject because I had a dream last night (Monday morning at 8am: “so what do you know about geoengineering?”), and for that he’s amazing and this newsletter couldn’t go on without him.

Patreon EC-1 and the challenge of private companies

We debuted Extra Crunch this week with the launch of Patreon’s EC-1. I was inspired by the S-1 that companies file with the SEC when going public and thought: “why don’t we do that, but for private companies.”

A couple of hundred hours later, and that’s basically what we got with this first edition. With Patreon, TechCrunch’s media columnist Eric Peckham wrote a bonanza of analysis on the company’s founding story, product, business, thesis and competition, and he even threw in a reading guide so you can read everyone else’s coverage of the company. There are pretty generous pours of these articles in front of the paywall too, so do share them with colleagues.

The hope is that these projects can spark the imagination, give ideas around strategies and tactics that might work in a startup context and, of course, help evaluate the future of the company we are holding under the microscope.

We have three other companies in the hopper right now coming up in this series. Have ones you want to see covered? Think there could be an interesting deep dive we are missing? Hit reply and tell me — right now — or send me an email at danny@techcrunch.com.

This is an open agenda that I use to track what the hell I am writing about on a regular basis.

To every member of Extra Crunch: thank you. You allow us to get off the ad-laden media churn conveyor belt and spend quality time on amazing ideas, people and companies. If I can ever be of assistance, hit reply, or send an email to danny@techcrunch.com.

This newsletter is written with the assistance of Arman Tabatabai from New York.

Steve Case and JD Vance are speaking at Disrupt SF on startup opportunities outside...