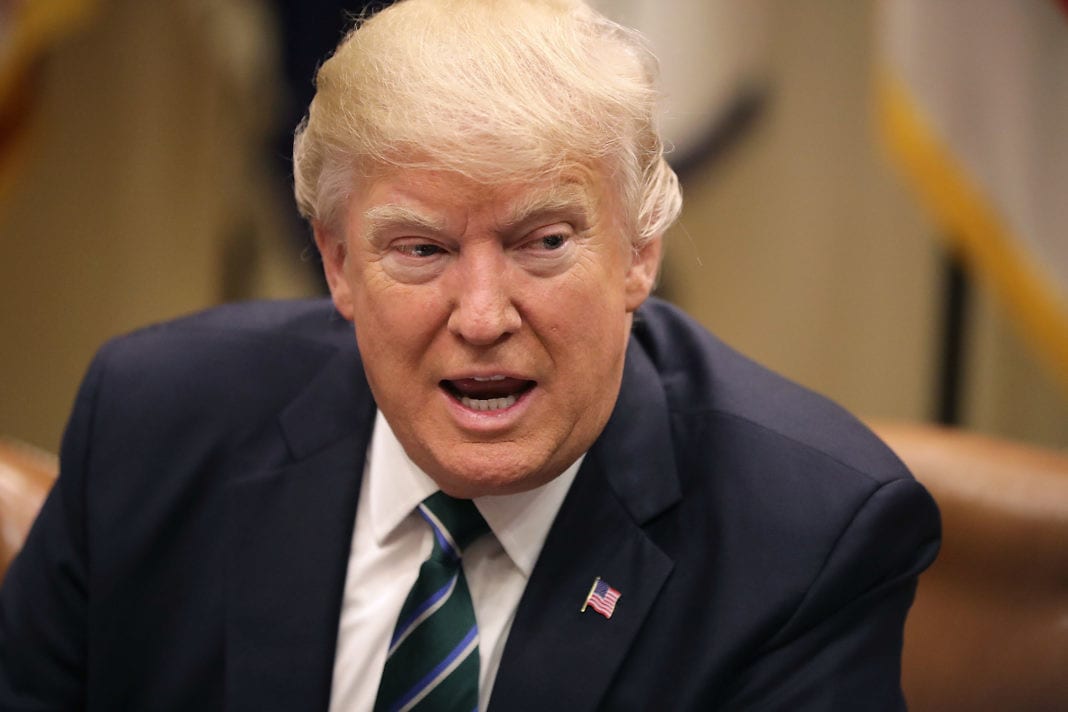 Joining an overwhelming chorus that includes most Americans, several major businesses in the U.S. and much of the global community, several investors have come out swinging against President Trumps decision to withdraw from the Paris Climate Accord.

I have always believed that, while we can disagree on the scientific premise behind climate change, we should all agree that advanced energy technologies represent one of the biggest economic opportunities, said General Catalyst managing director Hemant Taneja. To give that up is a threat to American prosperity Our American companies will be at a huge competitive disadvantage globally if they dont have a market to rely on in their backyard.

That sentiment from Taneja, whose firm manages more than $3 billion, was echoed by other investors across Silicon Valley.

Trumps decision to pull out of the Paris Climate Accord is just the latest in an unrelenting series of disastrous policies. Though at this point, the entrepreneurs who I know have shaken off the sense of despair that hung on them in the first months after the election, and are in final-level-boss fight mode, said Steve Vassallo, a general partner with Foundation Capital (an investment firm with $2.4 billion under management). Withdrawingthe U.S. from the Paris agreement is only going to galvanize cleantech entrepreneurs to work three times as hard to address the dangers of climate change and this presidency.

A survey from last November by the Chicago Council on Global Affairs indicated that 71 percent of Americans supported the treaty, which created targets for curbing carbon emissions in an effort to reduce their effect on the worlds climate.

Climate change is real. Burying ones head in the sand doesnt change the science, said Ira Ehrenpreis, a managing partner and co-founder of the Double Bottom Line Venture Partners. Ironically, this foolish decision is galvanizing a movement from the rest of world and a grassroots groundswell of people who recognize the importance and urgency to act now. It is truly tragic that the U.S. has abandoned its leadership and moral authority on one of the critical issues of our time.

Over the last few days major corporations from almost every industry have made a concerted effort to convince the president to remain in the treaty.

Dear President Trump, as some of the largest companies in the US, we strongly urge you to keep the US in the Paris Agreement. pic.twitter.com/ztSXyYtRrm

Speaking yesterday from Recodes conference in California, former Secretary of State Hillary Clinton (and President Trumps former adversary for the presidency) said that a decision to leave the agreement would hurt U.S. businesses.

Apparently undeterred by the will of the majority of Americans or the wishes of big business (and his own secretary of state), the president is announcing that he will withdraw from the Paris Climate Accord.

In order to fulfill my solemn duty to protect America and its citizens the United States will withdraw from the Paris Climate Accord, the president said from a podium at the Rose Garden of the White House.

The next step for the president and his cabinet is to begin negotiations that will allow America to re-enter the Paris Accords under terms that the president deems more fair to U.S. interests.

Also as part of the withdrawal from the agreement, the president committed to withdraw from the $100 billion Green Climate Fund. The U.S. has already provided $1 billion to the fund.

So what does all of this mean?

Honestly, not much for businesses. It reinforces the presidents signals that he will privilege fossil fuels like coal and oil over renewable resources. And despite those signals, the move toward renewables will likely persist.

The Trumpadministrations withdrawal from the Paris Agreement heralds a decisive change in U.S. climate policy, butmanycorporate leaders say it will have littleimmediateimpact on their investments and strategies.

The reasons are diverse. Companies are responding to customer and shareholderdemandsto reducegreenhouse-gasemissions. Many large companies operate in states and countries that are implementing climate rulesand thus face pressures beyond the U.S. government.

Firms are buying natural gas and renewable electricitythat emits less because it is becoming cheaper.And many are making long-termcapital investments that will reduce their carbon footprints with an eye toward future decades, not the current election cycle.

Indeed, while investors decried the decision, they admitted that their companies were already prepared for it.

Most of the folks working around energy and climate no longer seem to require policy support, said Shaun Abrahamson, a managing partner at Urban Us. But more than that there seem to be enough businesses and consumers who are committed to climate action. Many of them opposed Trump, so in some ways, supporting startups in these areas will be another form of resistance.

Ultimately the only consequence of the move is optical and political.

Given the terms of the agreement, the U.S. wouldnt actually withdraw from the accord until November 2020 (indeed, the first day the U.S. would be free of the accord would be one day after the presidential election).

What the president has done is put a pin in an eventual talking point for the 2020 election and cede any U.S. involvement in global negotiations on climate going forward.

Already the European Union has responded by beginning to embrace Chinas overtures toward global treaties and taking a leadership role.

The president closed his speech with an appeal to his base.

I was elected by voters of Pittsburgh, not Paris. I promised I would exit or renegotiate any deal which fails to serve U.S. interests, the president said.

And the mayor of Pittsburgh has a response.

As the Mayor of Pittsburgh, I can assure you that we will follow the guidelines of the Paris Agreement for our people, our economy & future. https://t.co/3znXGTcd8C

Co-living – the companies reinventing the idea of roommates

YC just published a 70-page Series A guide so founders don’t tank their own...