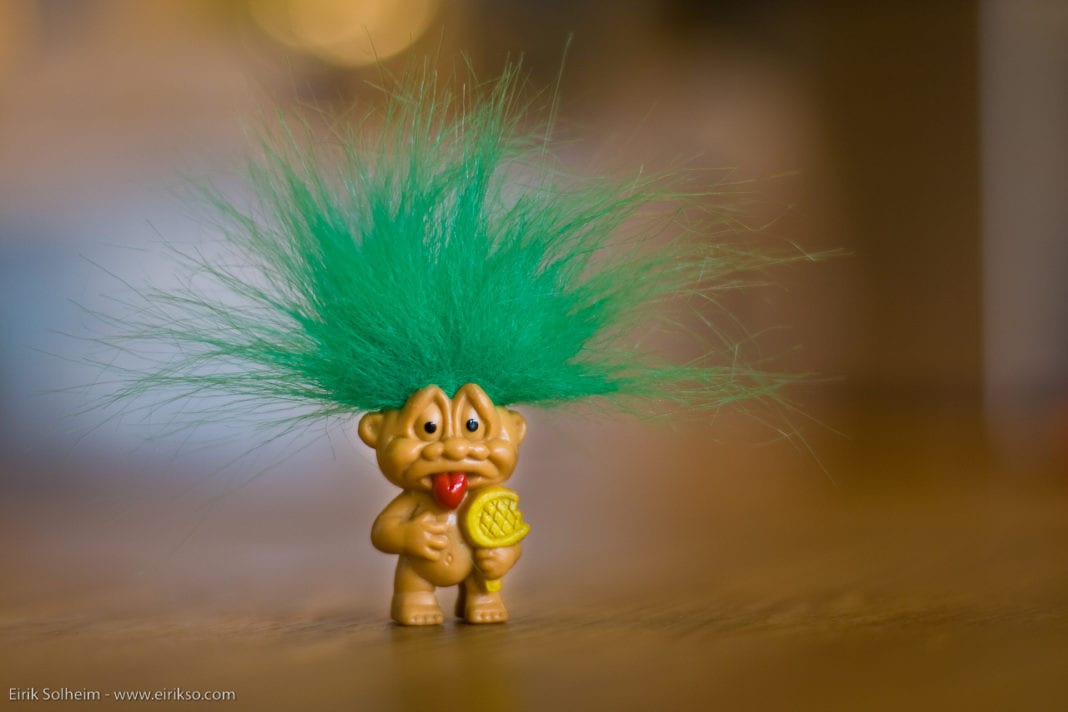 Michael Meehan is director of IP at Uber.

Entrepreneurs dont pour all their energy into building startups just to have a patent assertion entity (PAE, or patent troll) attack them with patents of questionable quality. That is, unfortunately, a very common patent troll story. The PAE problem is big and growing, posing a threat to startups and established companies alike, costing companies millions in defensive litigation fees and diverting money that would be better spent on innovation.

More than10,000 companies have been sued at least once by a patent troll, and patent trolls file 84 percent of high-tech patent lawsuits a year. Over the past decade, there has been a 500 percent growth in patent troll lawsuits, andresearch from the Boston University School of Law found that PAE litigation results in $80 billion in lost wealth annually.
Media mostly report on patent troll cases against prominent companies, but the reality is that startups are attacked just as often, and the damage can be worse. More than half of the businesses targeted by patent trolls make less than $10 million per year.
Why do PAEs do it? Because its lucrative. Given that the average cost of defending a patent troll lawsuit can be more than $3 million, many companies choose to settle quickly. Multiply this business model across many patents and PAEs and it becomes more than just a nuisance for well-funded operating companies. For those with fewer resources, its potentially catastrophic.
Despite the size of the problem, just a few meaningful solutions have emerged to fight it.One approach, of course, is to fight back, andfewer than one percent of all defendants in PAE suits are ultimately found to have infringed on a patent. However, this is only a viable option for organizations with money to defend themselves. Its also a reactive course of action. It protects the defendant company, but it is not the only way to combat the patent troll problem as a whole.

Eighty percent of patents litigated by PAEs are acquired from operating companies through bankruptcies, M&A or even through a direct sale if a company is looking to boost its revenue. Companies, because of financial pressure or to recoup expenses upon folding, might sell off their patents or license the assertion rights to a PAE for a percentage of any money extracted. Cutting off this supply is one way to go about fighting PAEs.

At Uber, we believe that if youre in business to do business, and not in business to be a PAE, you should protect yourself. A few years ago we joined a number of other founding companies, like Google, Red Hat, SAP, Canon and Solar City, in starting a nonprofit patent protection community calledLOT Network.

When the trolls are kept at bay, the tech industry and its customers benefit.

LOT works by having member companies sign an agreement wherein if any members patents fall into the hands of a PAE, the other members of LOT automatically get a license to those patents inoculating LOT members from getting sued for infringement using those patents.Its an idea that other companies that care about innovation such as Slack, Amazon, Dropbox, Asana, Box and others are getting behind by joining LOT.

Under this model, members reserve their rights to continue to protect their innovations against competitors using their patents, and even against fellow LOT members.LOT is cost-efficient and has tiered pricing, making it accessible to companies of all sizes. Furthermore, it opens up valuable networking opportunities: Members can share defense ideas and strategies, as well as ask for expertise from other members.

LOT is one of a number of patent protection networks that use a community-based approach for defense.Allied Security Trust helps its members identify and purchase relevant patent licenses through an anonymous collaborative bidding process.Unified Patents is a PAE counter-measure one might even call it a patent attack dog: It challenges bad patents to get them out of circulation.

Open Invention Network (OIN) is another solution.Members agree not to sue other members for patent infringement on Linux (though they can still engage in patent litigation with other OIN members for infringement for things built on Linux). In exchange, members get the same promise from other members and a license to OINs portfolio of 100s of patents. Along with LOT, membership in these networks is not only good for individual companies, but also for the tech industry as a whole.

Over the course of my career, Ive been an engineer, an advisor and an attorney. I feel passionately about this topic because I would love to see the reduction of PAE assertions of questionable patents against legitimate businesses. When the trolls are kept at bay, the tech industry and its customers benefit. The importance of fighting patent trolls through collective efforts is something on which we should all be able to agree.

Early stage VC holds up (even as late stage plunges)