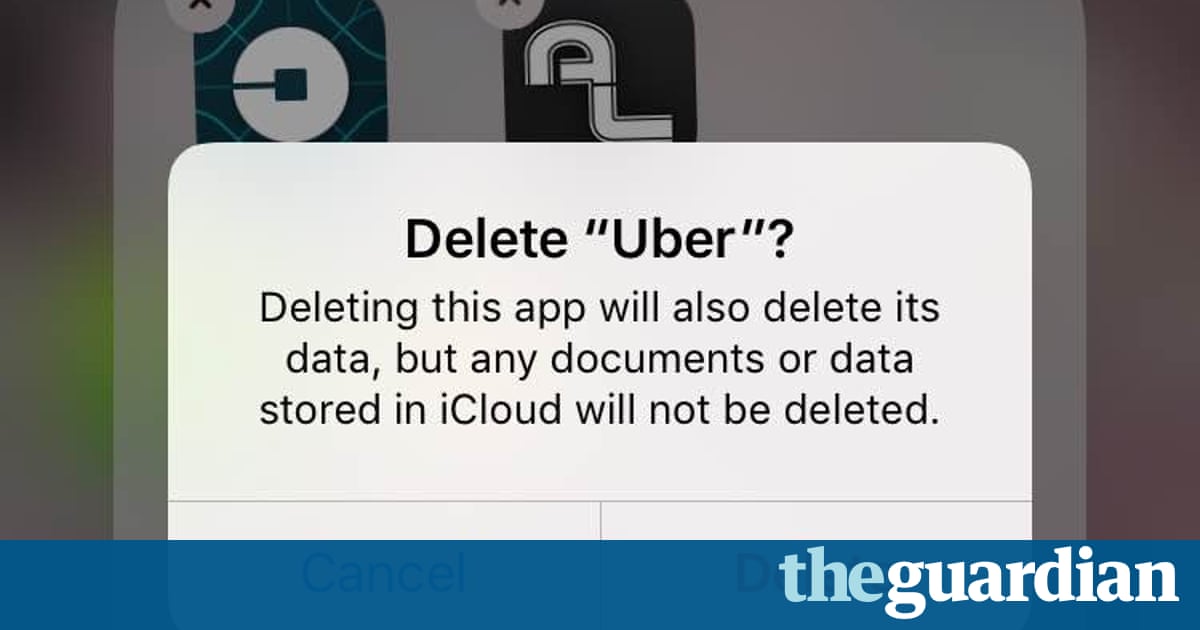 There was plenty to be angry about this weekend and many people were extremely irate about the ride-hailing company Uber.

As news of Donald Trumps travel ban on Muslim-majority countries spread, protests sprang up at airports around the US. In support, the New York Taxi Workers Alliance called on its members to avoid John F Kennedy International Airport for one hour:

After the strike, Uber tweeted that surge pricing, which results in higher fares at busy times, had been switched off near JFK:

The reaction to Ubers strikebreaking was swift. #DeleteUber began trending, as people encouraging one another not only to delete the app from their phones, but also to cancel their Uber accounts.

Thanks to the companys many controversies from its attitude to consumer safety to its use of surge pricing during the Sydney siege its was far from the first time the company had been excoriated on social media. However, the hashtags popularity demonstrated how American consumers are using a different tactic to show their displeasure with what they view as Trump-supporting companies.

Dan OSullivan, or @Bro_Pair, was the first person to tweet the hashtag in direct response to Uber lifting surge pricing. He told the Daily Beast: Let this be a warning: if you are a corporation who thinks you will ride out Trump, and quietly make money at his side, you will be made to pay a price.

Others criticised Ubers CEO, Travis Kalanick, pointing out he is a member of Trumps Strategic and Policy Forum. Posting to his Twitter and Facebook page, Kalanick called Trumps immigration and travel ban unjust. He also outlined support available to Uber drivers affected by the order.

In a statement, Uber said it had not intended to break up any strike. We wanted people to know they could use Uber to get to and from JFK at normal prices.

Many of those angry at the company recommended switching to Lyft, an Uber competitor in the US. In response to Trumps executive order, Lyft announced it would be donating $1,000,000 to the ACLU over the next four years to defend the constitution.

Seven reasons not to trust Facebook to play cupid

Facebook shouldn’t block you from finding friends on competitors