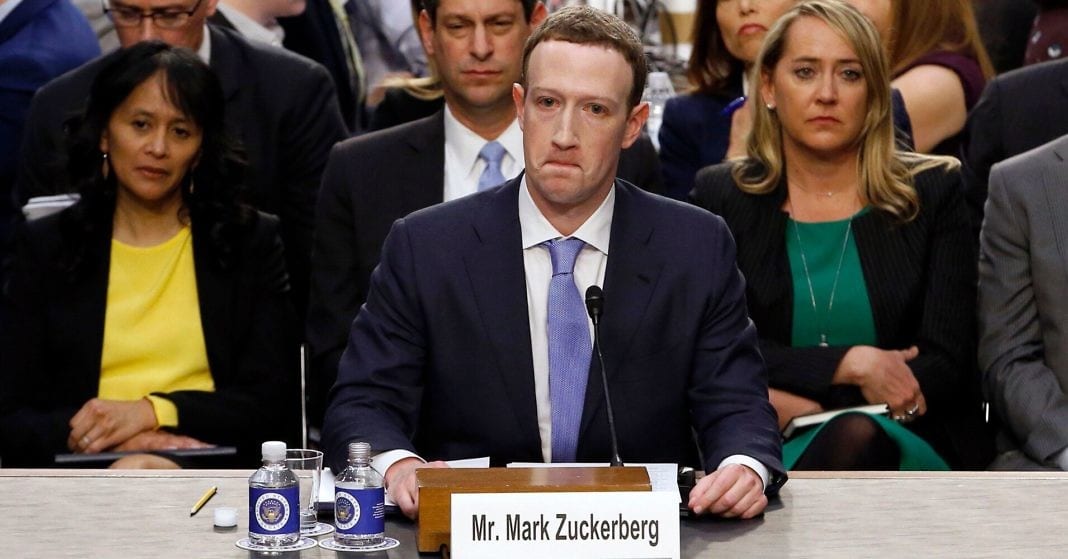 Facebook founder and CEO Mark Zuckerberg wields an unprecedented amount of power and his “dangerous” company must be broken up by government regulators, according to a co-founder of the social media giant.

Chris Hughes, who helped launch Facebook out of a Harvard University dorm room he shared with Zuckerberg in the early 2000s, called on the government to take action against Facebook in an op-ed published in The New York Times on Thursday.

“We are a nation with a tradition of reining in monopolies, no matter how well intentioned the leaders of these companies may be,” Hughes wrote. “Mark’s power is unprecedented and un-American. It is time to break up Facebook.”

The Federal Trade Commission﻿ made a huge mistake allowing Facebook to buy Instagram in 2012 and WhatsApp in 2014, Hughes wrote. About 70 percent of Americans use social media and these acquisitions made it so the vast majority are engaging with Facebook products, he noted.

Hughes, who left Facebook in 2007 to volunteer for Barack Obama’s 2008 presidential campaign, said the company’s co-founders never imagined what kind of impact their trademark News Feed algorithm could have on the world, including influencing elections and empowering nationalist leaders.

“Mark is a good, kind person,” Hughes wrote. “But I’m angry that his focus on growth led him to sacrifice security and civility for clicks.”

“I’m worried that Mark has surrounded himself with a team that reinforces his beliefs instead of challenging them,” he added, noting that Zuckerberg controls 60 percent of voting shares at Facebook. “Facebook’s board works more like an advisory committee than an overseer.”

An era of accountability for Facebook and other monopolies may be beginning. Chris Hughes

At this time, regulators can do little to shield emerging companies from Facebook’s aggressive tactics. Facebook’s strategy of either copying a new venture’s innovations (see: Snapchat’s Stories feature), kneecapping a budding company’s growth or acquiring it has scared away investors, Hughes said.

Because of this, Hughes theorized, no major social networking companies have been founded since 2011.

In his op-ed, Hughes laid out specific steps the government should take to weaken Facebook’s far-reaching grasp on the technology communications industry, including breaking up the tech empire into multiple companies.

Beyond breaking up the company, Hughes wrote, the government must create a new agency to regulate tech companies with the focus of protecting privacy.

Facebook in recent years has come under fire over its collection of users’ data and its failure to protect their private information. The company predicted last month that it would face a $5 billion fine from the FTC for failing to adhere to a 2011 consent decree, which prohibited Facebook from sharing any private information beyond what users already agreed to.

The FTC had been investigating the Cambridge Analytica scandal since last March after news broke that the data-mining firm accessed the data of as many as 87 million Facebook users without their consent.

“Because Facebook so dominates social networking, it faces no market-based accountability,” Hughes wrote. “This means that every time Facebook messes up, we repeat an exhausting pattern: first outrage, then disappointment and, finally, resignation.”

Hughes also urged Congress to pass a landmark privacy bill to “specify exactly what control Americans have over their digital information, require clearer disclosure to users and provide enough flexibility to the agency to exercise effective oversight over time.”

The new tech oversight agency proposed by Hughes should create guidelines for acceptable speech on social media, he said. Zuckerberg has been accused of allowing misinformation and bigoted rhetoric to spread freely on his platform until only recently.

“This idea may seem un-American — we would never stand for a government agency censoring speech,” Hughes wrote. “But there is no constitutional right to harass others or live-stream violence.”

In a portion of an interview with NBC’s Kate Snow that aired Thursday morning, Hughes called Zuckerberg “extremely powerful” and described the company he helped bring to life as “dangerous.” More of the conversation is set to air later Thursday on “NBC Nightly News.”

“I take responsibility for not sounding the alarm earlier,” Hughes wrote in his op-ed. “An era of accountability for Facebook and other monopolies may be beginning.”

“Collective anger is growing, and a new cohort of leaders has begun to emerge,” he concluded. “This movement of public servants, scholars and activists deserves our support. Mark Zuckerberg cannot fix Facebook, but our government can.”

Sen. Elizabeth Warren (D-Mass.), one of a number of public servants urging Congress to take action against monopolies such as Facebook, backed up Hughes’ call for action in a tweet Thursday.

It isn’t the first time Warren has made such a statement. She announced a proposal in March as part of her 2020 presidential campaign to break up companies like Facebook, Amazon and Google to make it easier for entrepreneurs to compete in the tech sector.

“Today’s big tech companies have too much power  ―  too much power over our economy, our society, and our democracy,” she wrote in a post published on Medium at the time. “They’ve bulldozed competition, used our private information for profit, and tilted the playing field against everyone else.”

Hughes isn’t the first former Facebook executive to speak out against the company’s practices as well as its negative effect on civil society at large.

Sean Parker, Facebook’s founding president, warned in November 2017 that the company intentionally exploits “a vulnerability in human psychology” that is likely having harmful effects on mental health.

A month later, Chamath Palihapitiya, who joined Facebook in 2007 and became its vice president for user growth, said he had “tremendous guilt” for growing a platform that’s “ripping apart the social fabric of how society works.”

“The short-term, dopamine-driven feedback loops we’ve created are destroying how society works,” he said. “No civil discourse, no cooperation, misinformation, mistruth. And it’s not an American problem. …. This is a global problem.”

Hughes echoed his former colleagues’ concerns, writing in his op-ed that Facebook’s business model is to capture “as much of our attention as possible” and to “encourage people to create and share more information about who they are and who they want to be.”

“Some days, lying on the floor next to my 1-year-old son as he plays with his dinosaurs, I catch myself scrolling through Instagram, waiting to see if the next image will be more beautiful than the last,” he wrote. “What am I doing? I know it’s not good for me, or for my son, and yet I do it anyway.”

He added: “We pay for Facebook with our data and our attention, and by either measure it doesn’t come cheap.”

Head over to The New York Times to read Hughes’ full op-ed.

This article has been updated with more previous criticism of Facebook.

How Americans Wound Up on Twitter’s List of Russian Bots

In Congressional Hearing on Hate, the Haters Got Their Way