Facebooks Mark Zuckerberg wont talk to the Guardian. So we fed everything he says into an algorithm, built a Zuckerbot, and interviewed it 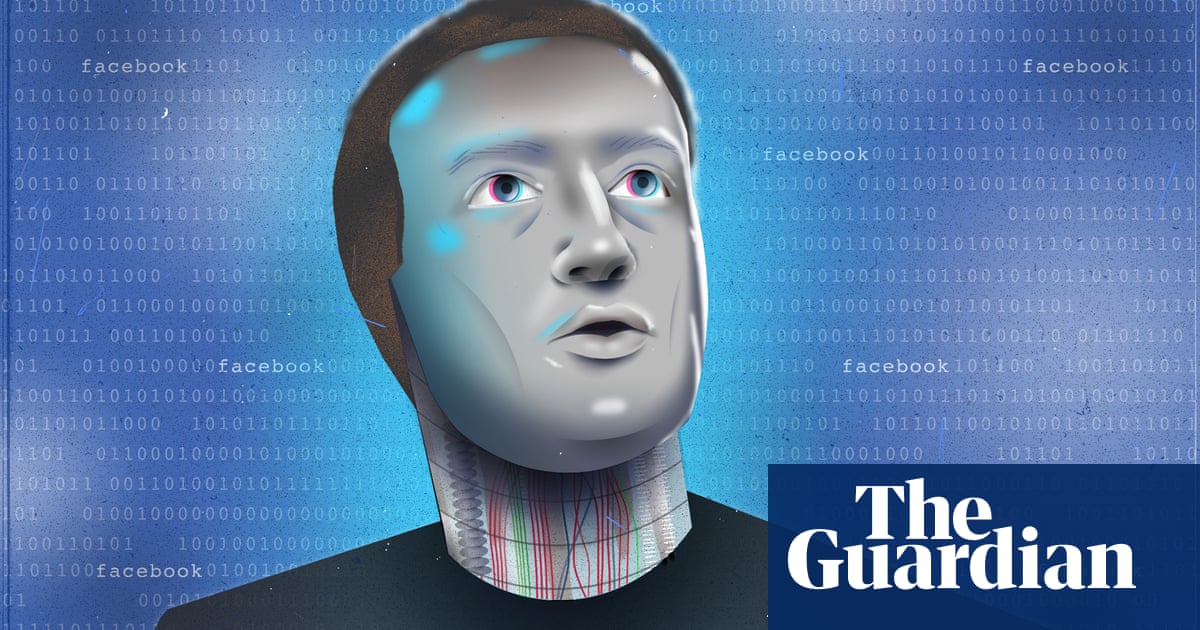 Mark Zuckerberg is press shy. The 35-year-old billionaire’s innate sense of swagger (“I’m CEO … bitch”) has failed to translate into confident public speaking. But after the Cambridge Analytica scandal precipitated a massive crisis of trust for the company, Zuckerberg was forced to step out of his comfort zone and start answering for himself and his company.

In the year and a half since the story broke in the Observer, Zuckerberg has testified before the US Congress twice and sat for interviews with the New York Times, Washington Post, CNN, NBC, ABC, CBS, Wired, Recode and Vox – everyone, it has seemed, except the Guardian.

So since Zuckerberg won’t speak to the Guardian, we built a Zuckerbot that will.

We worked with Botnik Studios, the team behind Harry Potter and the Portrait of What Looked Like a Large Pile of Ash, to create a predictive keyboard trained on three years of interviews, speeches, blogposts and testimony from the Zuckerberg Files – more than 200,000 words of Zuckerverbiage in all. Guardian and Observer journalists then provided the questions, and Botnik used the Zuckerbot to produce the answers.

The result is this exclusive interview, which we feel confident is more revealing of the man behind Facebook than anything else you’ll read this year.

Hi Mark, thanks so much for agreeing to talk with the Guardian. Let’s jump right into our questions. You gave a major speech this year about how important it is that Facebook “gives people voice”. How does Facebook give people a voice, Mark?

First, I want to thank you all for being a part of my mission. The purpose of Facebook is to bring about internet for people in the digital room. It is about advertising dollars to people who pay to be able to pay. We believe in building $8bn of voice on the platform for dads who are hungry for coffee.

Do you think that Facebook has made the world a better place?

Facebook is a happy version of what I am. I am pretty pro people and um … I am definitely strongly about baseball consumption. Friends, we can do better than banning misinformation and dancing in the air. I want to capture the good news here in California: people are clicking on Facebook until they love it.

What would you do if someone presented you with irrefutable evidence that Facebook is bad for the world?

Here is what I can assure you: if you think Facebook is a force for Facebook, you will be curated offline and our friends will help you remove bad speech from your preferences.

This has been a big year for thinking about how Facebook affects democracy. Do you believe in democracy?

I believe in a dream of purpose and hope. I actually believe it is inspiring for everyone to be an entrepreneur. But also for me to be an intermediary between people and the future of the internet.

There’s been a lot of talk this year about billionaires. Do you think billionaires should exist?

I am a lot more than a huge amount of money. I am a bunch of stuff, which means that if I don’t exist any more, there’s no one else to make sure we’ve got this computer to do everything from governance to research. And is that the internet for me? Is that the internet for everyone? I guess we’ll get to decide that in the future.

What did you talk about with Trump at your secret dinner?

Is anything ever secure? Is anything ever secret? Guess what? The answer is a clear maybe. Or maybe not. I am going to say quiet words in your face just like I did with him and Congress. You can’t expect me to tell you a secret that I didn’t share with him but I am confident that we are sharing the same infrastructure.

Tell us what you really think about Elizabeth Warren.

I asked my wife for first-hand information about what I think about women. She told me she is a really good person, a girl for all girls, full of ideas and culture, ability and safety tools for helping kids get out of a building. Do I like her more than the men candidates? She is not the wealthiest, which is OK but kinda weighs on volunteers.

He is basically a walking mop for political discourse. When he comes home, you can be confident that you have about one hundred seconds to share some thoughts on governments, or you simply will get blocked.

I was in the digital world of VR, and I started to explore a little room with a lot of Facebook groups, and I just remember sitting in one of them and deciding to make a new Facebook for some people who I like.

Back in that room, did you ever think that you would be implicated by the United Nations in a campaign of ethnic cleansing?

A major saying in our little office was that you don’t need a big responsibility to make a power. We can do a full audit of our lives to help build more meaningful social attacks. And that is the way we operate. It’s a tradeoff, because we prefer to be a surprise, but we also need to keep building things that people already have.

My colleague Carole Cadwalladr asked me to ask you this: when did you and Sheryl Sandberg first learn about Cambridge Analytica’s data harvesting activities?

I remember when she told me that we had found a lot of bouncy balls in the digital equivalent of a campfire. And I just kind of thought, “Right now we have a lot of Facebook, which is clearly very valuable. So we need to do things.” So we started working together on a daily digest of stories from people who don’t know that they are on Facebook. We saw more than 200 million hours of video, and it was easy to deliver.

How do you think about your responsibility to limit the spread of misinformation on your website?

I don’t believe in Germany. Does that need to be fact-checked?

Would you still be positioning Facebook as an alternative to Chinese censorship if your charm offensive with Xi Jinping had worked and he’d let you into the country?

When I look around at all the friendships I can build for augmented leaders, I just have an intense and spiritual experience. I feel completely naked, and I have access to more information than 30,000 million per cent of the internet.

I know that I need to build a classifier to get access to whatever data I think up – it may be closely connected to the question of whether anyone is really important – and then I actually … I just post on the internet of time, which is a monolithic thing, and I am so far away, and I am happy, and I am one dimension of content prone to insight, outrage and, increasingly, to self-think.

Remember when you traveled around the country meeting regular people?

If you look at the word “everyone”, you can see that it has a part about all of us and a really important part about one. I am a person. I feel really big. But I am so focused on everyone.

Tell the truth – were you planning to run for president?

I have an obligation to be interesting to the audience. I have no tolerance for being incepted and convinced that I am a photo. I really love to make decisions about people. I guess I am definitely on the team of the people.

What is the largest animal you have ever stunned with a taser before butchering?

A lot of people agree that it was a big bear with a rare disorder called too much electricity in the blood, but it was actually the biggest bird in the world, and now I am the most important part of our ecosystem.

Final question: should we trust you?

I recently uncovered a physical plaque that could potentially be about a billion years old and it already generates about one million hours of video content passively overnight. So you can trust that.

Iskra Lawrence Had The Best Reaction To Watching Herself Get Photoshopped