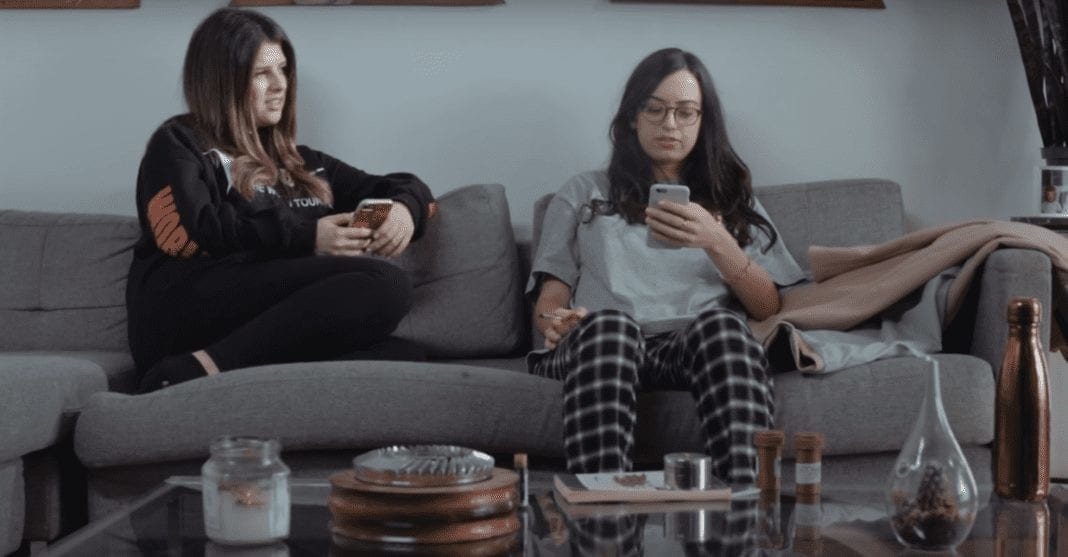 In the new webseries Eighty-Sixed, Cazzie David uses a breakup as a channel into the frustration of modern and digital life. She’s also obsessed with a woman’s “tight vagina condition.”

David, daughter of Seinfeld and Curb Your Enthusiasm creator Larry David, co-wrote the show with Elisa Kalani, and plays Remi, a young woman struggling in the wake of a breakup.The Curb comparisons are inevitable; David carries around a similar mood and worldview, and scenes end in uncomfortable spots where Curb‘s theme song would be appropriate. But Eighty-Sixed is a modern tale of pessimism and voyeurism.

In the first episode, Remi scrolls through celebrity couple photos and searches for “how is demi moore doing post ashton kutcher”. She gets caught in a rabbit hole of Facebook tagging in an effort to win her breakup. In episode 2, she smirks after finding out a friend’s mom has a tumor, then pulls out the pettiness on her friends for not being supportive enough in their ice cream choices. The title card for the series is just white text in front of a grey cloud.

The series also touches on recent politics. In episode 3, Remi tries to get her friend to leave a party, and he tells her to take an Uber.

“I don’t have Uber,” she replies. “I deleted it after the Muslim ban.”

As New York magazine pointed out, TV execs are probably looking for the next Girls, and Eighty-Sixed has the same privileged curmudgeon feel. But, as David told Complex, the series parodies our pitiful relationship with technology as well as ourselves:

I hadn’t really seen an accurate representation of social media on television yet. There are a lot of hashtag and selfie jokes, but not a lot of satirizing the humiliation and obsession behind it in a realistic way. It’s so funny how social media was just this fun thing and now it’s this monster that consumes so many millennial lives.

It’ll be interesting to see where David ends up, though she did tell Complex that she won’t just be playing a fictionalized version of herself, like so many comedians these days: “To some degree, I think playing yourself has to be earned.”