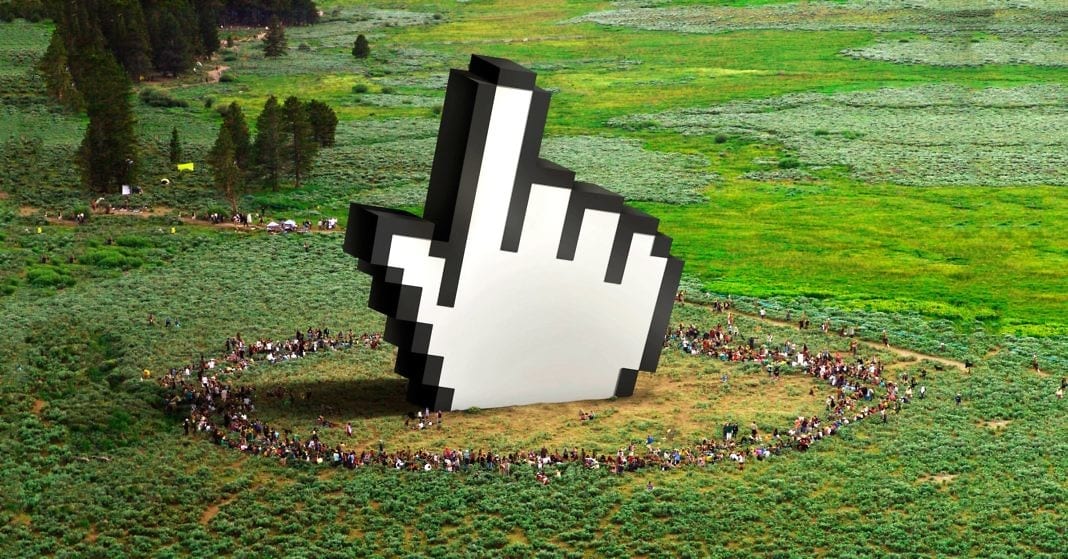 Much of what we hear about technology these days is a grim, dystopian recitation of what tech is doing to us: We have become addicted to our screens; our every move is being watched, overheard, recorded, predicted; and malign forces are manipulating us to believe that down is up. And we should be deeply concerned about all that. But it’s also important to take stock of what tech is doing for us—how we, as human beings, have seen our agency expanded and deepened by digital tools.

Technology is a medium; sometimes it’s a humanizing, enchanting one. “Something about the interior life of a computer remains infinitely interesting to me; it’s not romantic, but it is a romance,” writes Paul Ford in his WIRED essay “Why I (Still) Love Tech.” “You flip a bunch of microscopic switches really fast and culture pours out.” To accompany Ford’s essay, we reached out to a bunch of people to ask them about the technology they love—the tools that make them better at being human. Here’s what we heard back.

I call JavaScript the working man’s language. It’s not something they teach you in school; you learn it in a boot camp or on the job or out on your own. The real masters of JavaScript are college dropouts and military veterans. I know one amazing coder who’s a former MMA fighter. But JavaScript is everywhere. It’s in the web interfaces we use every day, in the deep backend recesses of our favorite applications. You want to try disabling JavaScript and going on the web? Good luck with that.

Some programming languages are built for your happiness. JavaScript is like, screw you and screw your happiness. It’s like boxing; you pay for it in blood, sweat, and tears. It has a vast vocabulary and quirky idioms. (Don’t get me started about scope and hoisting!) The syntax doesn’t forgive your mistakes.

But you get what you put into it. And veterans work hard. Our curriculum at Vets Who Code is built around learning JavaScript in small groups, like a fire squad. And like the military, it’s drills, drills, drills. But we rely on each other, reviewing code, debugging, teaching each other new skills.

For those who put in the time and learn to love JavaScript, the hardest thing might be choosing any one thing to do with it. It helped me build my career, starting from my very first hackathon, where I built an online platform for LGBTQ communities. (We won.) Today I’m using JavaScript at my job and at home; just the other day I used it to link my smart light bulbs to my Google Home. I say, “Hey Google, party mode,” and the house lights up in eight colors. My kids love it. And soon, when they start learning JavaScript, I’m excited to see what they’ll build, too.

As told to Gregory Barber

I have a lifelong obsession with the dark and creepy. As a little kid, I liked weird, scrompy music and unpleasant sounds. I was also obsessed with literary horror—the Goosebumps series, Scary Stories to Tell in the Dark. In third grade, I read Stephen King’s Rose Madder, which involves domestic violence and is totally not an appropriate book for that age. It was my first woman-turns-on-all-of-y’all horror novel.

Later on I got into horror movies and all the adjacent genres. I’d rummage through the dollar bins at the Salvation Army, trying to find that ultra-obscure early-’80s Italian movie that some people claimed was actually a real murder. Then, a few years ago, Shudder came about. It’s very punk how they do things. The people behind it are appealing to a community that enjoys archival stuff, that worships the low-­budget and the DIY. They have an open comments section, and they use that to figure out what movies to get next. This is by us, for us, 150 percent.

Every time they put things on the site, it feels like a friend saying, “Hey, guys! I spent all last Saturday doing bong hits and finding weird horror movies on YouTube. Let me show you.” But it’s not niche, and the original content they put out offers a diversity of voices. They have a podcast that’s all about women in horror, hosted by a woman in horror. And they just released Horror Noire, the first comprehensive documentary about the history of black horror in America.

I’m an early riser. I can watch two movies on Shudder before work. When I see the notification that I’ve paid my subscription, I’m like, “Shit, yeah. That rules.”

As told to Anthony Lydgate

The U.S. military spends billions on IT, and I’m one of the people in charge of getting new software built and deployed. But I doubt I’ll ever build something people love as much as their free chat apps.

mIRC, our weapon of choice, is free and open source—a type of Internet Relay Chat. We started using it almost 20 years ago, and it spread organically. Now it’s at the center of how we manage just about everything, from coordinating rescue missions and strikes to monitoring the ebb and flow of combat. The technology is so ubiquitous and simple, you can almost forget its importance—until a chat server goes down. For IT, that’s a five-alarm fire.

In combat ops, it’s common to see officers with 30 chat windows open. Some will swivel their chairs between computer systems, chatting across multiple security levels with coalition partners. They’re running the wars, chat line by chat line. Lives depend on keeping information flowing, not stuck in silos. Chat is our backbone.

Outside of combat, chat apps are flattening the military’s strict hierarchy. On my software team we’ve started using more modern tools than mIRC to converse, like Slack and Mattermost. Yes, we all appreciate having #Random to blow off steam with weird news articles and programmer memes. But the main benefit is collaboration and being able to engage a generation of recruits raised on Twitter and Snapchat. Today, one of my newest airmen can ask a question in a Slack channel and see a response from a colonel in minutes. For both of us, that’s empowering. (To be clear, these are my personal views, not the official policy or position of the Air Force, DOD, or the US government.)

As told to Gregory Barber

Nothing tells people they belong to an institution like asking them to help out, so at the Library of Congress we built an open source software package called Concordia that allows crowdsourced transcribing. Then we set up By the People—a site that invites people to transcribe handwritten and original documents.

Transcription really called to us because it is how you get people deeply into the library’s collection. They are reading images of primary source material. They’re reading Clara Barton’s diaries, Mary Church Terrell’s papers. They’re reflecting on history.

Anybody can volunteer; one person transcribes and another person validates that transcription. The site went up in October, and 4,200 people have set up accounts. So far 43,040 images have been transcribed and more than 11,000 validated.

People sometimes ask for help, and history Twitter will jump in. There was a professor using our Letters to Lincoln collection in a class and had a hard time figuring out one of the words in a letter from a Republican club; 51 people in a social media thread worked to decipher the word pervades. Then the product of that is so exciting. We have a searchable database of text.

I do it a lot myself. Branch Rickey’s papers are just awesome. He is most famous for bringing Jackie Robinson into Major League Baseball, and through crowdsourcing we were able to transcribe 1,926 pages of his scouting reports on prospective players. I would never have guessed how fun baseball scouting reports could be! One of my favorite lines is “I doubt if he has any adventure in his soul.”

As told to Vera Titunik

I was diagnosed with mild to moderate hearing loss about 12 years ago, which is unusual for someone who was in their early thirties and had no clear cause. I had just gotten married, and I was missing some things that my wife was saying. Her voice was at the higher frequencies, where I have the most trouble. I started wearing a hearing aid a few years after that.

I run an organization that puts on the largest open source developer conference in the world. We believe in these conferences because developers are so much more productive and successful when they interact in person. But the events were always difficult for me: In addition to having trouble hearing higher frequencies, I also struggle when there’s background noise.

Just over a year ago, I switched to Signia Pure Charge&Go 7Nx hearing aids. I jokingly describe them as my bionic implants. They’re Bluetooth-enabled, and they can do what’s called beam-­forming: From my phone, I can direct them to focus in on the sound coming from my right, say, or just in front of me, and reduce noise coming from elsewhere. Another magical thing about them is my phone can ring and I’m the only one who hears it.

In Copenhagen last year, I attended a conference for the first time with the Signias. I remember speaking with a senior developer from Microsoft, and it really felt different to be in that noisy environment and not have to focus on making out her words, but instead just try to connect with a human being.

As told to Brian Barrett

Why We Love Tech

How much has tech changed in the past quarter century? Writer Louise Matsakis spends a day doing her job using only the tech that was available in 1993.

Zuckerberg will meet with European parliament in private next week