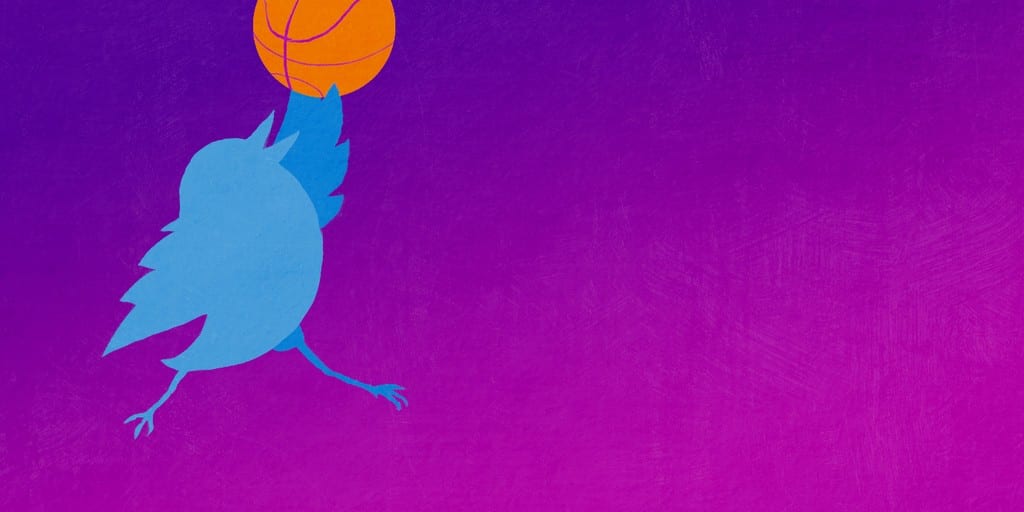 When the defending NBA Champions, the Golden State Warriors, were fighting to defeat the Houston Rockets in the first round of the NBA playoffs, and reigning two-time MVP Stephen Curry was sidelined with ankle and knee injuries, Curry received a present from global icon and greatest soccer player on the planet Lionel Messi.

The gift of a signed Messi jersey was not to commemorate the Warriors 73-9 season, Currys second MVP award or even an athletic achievement. The gift was to celebrate Curry reaching 10 million followers on Instagram.

Thanks for all the messages and positive energy this past week. This gift was a great reminder of how incredible and supportive the fans are through everything. Thanks for helping me celebrate this milestone, @leomessi!

Muchas gracias al fenmeno @stephencurry30 por mandarme su camiseta firmada con el nmero 30 para felicitarme por los 30 millones en Insta. cuando llegues a 10 millones te mando la ma! // Thanks so much to the great Stephen Curry for sending me a signed jersey to congratulate me for reaching 30 million followers on Instagram. As soon as you get 10M I’ll send you mine!

The mutual admiration between Curry and Messi is the perfect promotional recipe for the NBA as it plans to grow into a truly global sport, on the court and online.

Previous attempts to globalize the NBA centered around creating a physical presence within the markets they wanted to expand into: Playing games overseas, and reaching out to these communities. These efforts were beneficial, but the opportunities that social media and other digital platforms provide dwarfs the leagues previous endeavors.

The NBA has leveraged social media and new technology to build a huge global following. If the league has its way, the Golden State Warriors three-point-shooting machine Stephen Curry wont be merely an ambassador for Americas most exportable sport. Hell be the biggest star of the biggest league on the planet. writes WIREDs Mark McClusky in his featured article this month, Techies Are Trying to Turn the NBA Into the Worlds Biggest Sports League.

Sports needs compelling narratives and rivalries to captivate audiences. The soccer world has been obsessed with Messi vs. Ronaldo: The battle between the inexplicable artist and the dominating machine, as soccer has grown their international audience and embraced the Internet and social media.

The NBA intends to chart a similar path. And the Steph vs. Lebron James battle could be the tonic that engages fans and divides opinion the world over.

Currys connection with Messi over Instagram not only shows how the NBA, its players and its fans have embraced the Internet and social media, but also how there may now be a player who can challenge Lebron for dominance and increase the entertainment value of the NBA.

Messi is a diminutive player who has risen to the top of his game by making the impossible seem not only possible, but routine. No one could have imagined that he would have broken a 40-year goal scoring record by scoring 86 goals in one season. But not only did he do it, we can watch every goal on YouTube.

Yet, in addition to the spectacle, and the intense rivalries, the NBA understands that sports are about having fun, and the lightness and frivolity of social media provides the perfect platform for athletes to joke with fans.

Have you ever been downloading something online and halfway through it just froze and couldn’t go anywhere?

Twitter has also turned into the perfect medium for scores and analysis, and NBA-focused humor. Heres Cavs coach Tyronn Lue having an unfortunate flashback to his epic battle with Allen Iverson as the Cavs lose Game 1.

And nobody should miss Warriors forward Draymond Green get attacked by a WWE wrestler during the game.

The battle between Curry and Lebron, in the NBA finals and beyond, and the fun of social media should keep the NBAs growing global community coming back to our televisionsand computers, tablets, and smartphonesin search of more, time and time again.

Barrett Holmes Pitner is a Washington, D.C.-based journalist and columnist who focuses mostly on race, culture, and politics, but also loves to dabble in sports, entertainment and business. His work has appeared in the Daily Beast, Huffington Post, National Journal, the Institute for War & Peace Reporting and elsewhere. Follow him on Twitter @BarrettPitner or visit his website barrettholmespitner.com.

Chatbots are the future of advertising

How Instagram Turned an Upstate N.Y. Town Into a Dangerous Magnet for Militia Types

Apple’s Plans to Bring Artificial Intelligence to Your Phone