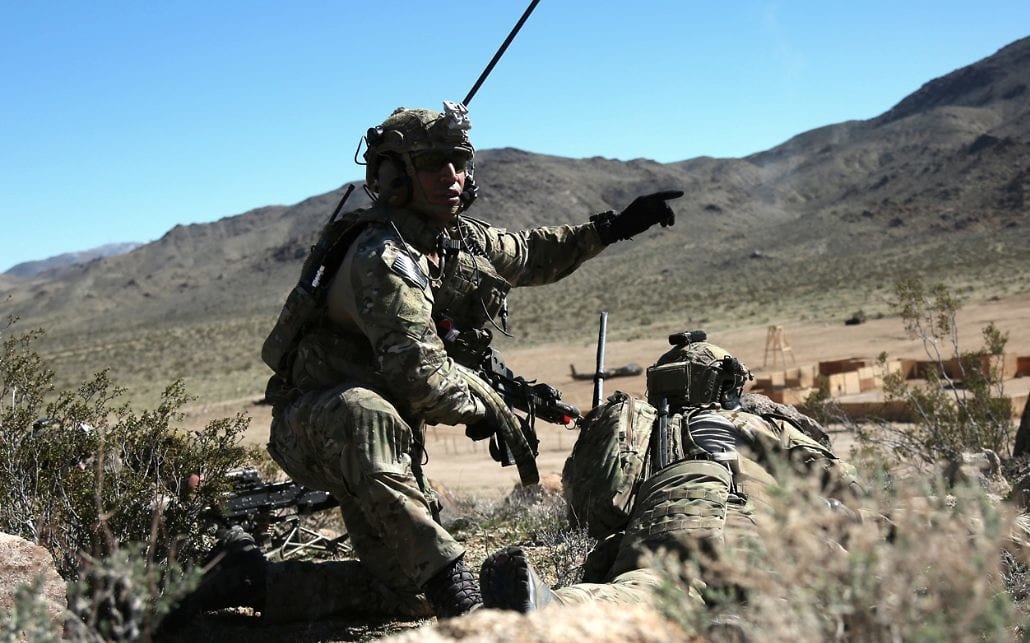 The military life has its own protective bubble in a way. You have a steady paycheck, health insurance, and a host of career trajectory options. Retention Non-Commissioned Officers will attempt to scare you into reenlisting by warning you about how hard it is in the real world and the dire condition of the economy. The feeling of finally gaining your freedom back as a civilian can be overwhelming and full of contradictory emotions ranging from full-fledged glee to utter dread when you realize you have no idea what you want to do with your life now that youve hung up your uniform for good. Most of the career advice you find never quite feels suited to your unique skill set and experiences. In an effort to pass down some hard-earned knowledge, the following 11 veterans will give you a bit of advice on how to succeed in your post-military career ambitions.

Realize that most people will not understand that dark sense of humor you may have developed. Be consciously aware of whom youre talking to and whether or not they can handle a fucked-up joke that may come out of your mouth. Test the waters a bit first; dont go full-on dead-baby joke after only talking to a person for five minutes.

The most important thing I realized when I left the high-octane world of Army Special Operations for the private sector is that you have to learn to be both a soldier and a manager at the same time. That is to say, you no longer have a Team Leader or Squad Leader looking over your shoulder telling you it is time to rest, time to eat, time to go to sleep. That soldier work ethic is critical and gives you an edge over civilians, but you also have to keep in mind that life is a marathon, not a sprint. Besides, you’re not a 19-year old Ranger now. It’s OK to take a vacation, read a book, or play some video games at the end of the day. Otherwise you end up working yourself to death.

Job Interviews outside of DOD / Government jobs like Tech Startups: 90% of my interviews outside of DOD and governmental jobs have assumed that because I was in the militaryit’s robot do. We are only used to instructions and stringent structure with little initiative or innovation. I started cutting them off at the head with a good anecdote (they love hearing the “Once in band camp stories.) that shows how we had to use some innovation in a stressful time. Second thing I point out is we are very adaptable. I’ve won every time by pointing out, Being in the military – I’ve learned you can’t have a 3rd eye and be sensitive about it, adapt and take it with a grain of salt. In Tech Startups – you tend to be around some finicky but talented people – not being high maintenance and self sufficient is a dream employee.

Leaving shouldn’t mean severing ties. I get it; I wanted nothing to do with the rank and file of the military when I got out. Sadly that meant isolating myself. Guess what, you just served in the most cohesive fraternity in the world. You know the one thing fraternities are actually good for? Networking. You’ve just spent X number of years establishing relationships with people from all over the country. Those people are your best bet at making it in the world. You’re gonna need a job now and I guarantee one your military buddies has a family member looking for an employee who know what responsibility looks like, who can show up on time, and get the job done right, regardless of the raging hang over caused by binge drinking until 4AM. Bottom line, stay in contact with your buddies.

Come to the realization that when you get out of the military you are starting over professionally. The truth is that your military skills will likely not transfer to a civilian career. Research careers you are interested in and read about how other people got there. Maximize your benefits and intern as much as you can. Internships are the easiest and quickest way to learn what your passion is and more importantly, what it is not.

Use your past as fuel. Remember all the pain, suffering, humiliation, freezing weather, blistering heat, spit flying in your face as someone screams the most degrading shit at you. Use all of it because people will inevitably doubt you. You will hear phrases like, thats impossible. Cant be done. Or those are pipe dreams. All you have to do is look back at what youve already survived and overcome. Whenever someone doubts you, look him or her in the eyes and smile, but just think to yourself, ‘Fuck you!

Try to get up to college level before you get out so that you aren’t wasting the GI Bill on menial classes. If you know that you are shooting for a high-credit degree, try to pay out of pocket as long as you can before tapping into the GI Bill because a community college now is going to be cheaper than a university in 4 years. Also, stay away from predatory schools. Some for-profit universities design their programs to squeeze every bit of money out of your GI Bill.

You know how you look at guys who were high school athletes and all they do is relive those days forever because that’s as good as it ever was for them? Don’t be that guy with your military service. Just like high school athletics should be a stepping stone to greater successes, so should you think of your service. It made you stronger, taught you valuable life lessons, and helped you hone your character. So take that wisdom and find a new mission and get after it, knowing it may suck at first the way basic training did. Your life should always be leaning forward, never anchored to the past. When you lean forward, no matter how hard a year is, at the end of it, you’re a tougher, better, more skilled person than you were before. When you spend all your time looking back, the world keeps changing and you remain still, slowly becoming less useful with each passing moment.

Find a mentor to help you with the transition that’s recently been there themselves. This can be achieved through your IAVA [Iraq and Afghanistan Veterans of America] network or a Veteran service organization. We all learned from others’ experiences while in the service, we accepted advice from our peers, our leadership and learned in professional environments (training) to overcome obstacles, to get promoted and to dust ourselves off when we stumbled. Don’t try and do it alone!

I have two things that really drive me. One is my family. I always imagine them watching me walk across some imaginary stage receiving an award of some sort and just seeing the proud look on their faces….It’s easy to justify giving up to yourself, but when you have to justify failure to your kids, or your father…that’s always more difficult. That thought has gotten me through some of my hardest days in training and in hardship.

I know the only way of making that thought a reality is to work hard toward a goal. Which brings me to my second driving factor.I like to give myself small goals or missions if you will. Once getting out of the military, I felt there was no real direction. I wanted to do something with myself, but unlike some achievements in the military, there is no prebuilt path. So I created these missions and strive every day to achieve them. Something as simple as being a more affectionate dad to something as difficult as getting back in shape. I continue to hold myself accountable for my self-improvement.

By the end of the year I should have, hopefully, become a better person, husband, and father by accomplishing these small missions. This has given me motivation to wake up the next day and keep grinding. Setting these smaller step goals and holding myself accountable to be the man I want to be for my family.

There is no magical career path where you don’t have to put in hard work. Yes the circumstances and definition of hard change outside the military, but don’t for one second think it gets easier once your out. Focus that never quit and don’t have the option to quit attitude when pursuing a civilian career and you will quickly see yourself rise above your peers. Because those that only know an environment where if they don’t like something they can just quit don’t have the same drive a military person has.

Google is making a $2.6 billion bet on the cloud

Neat is a challenger bank for early-stage startups and SMEs

ePrivacy: An overview of Europe’s other big privacy rule change

‘Chinafrica’ is a macro megatrend set to impact everything from Silicon Valley to Wall...