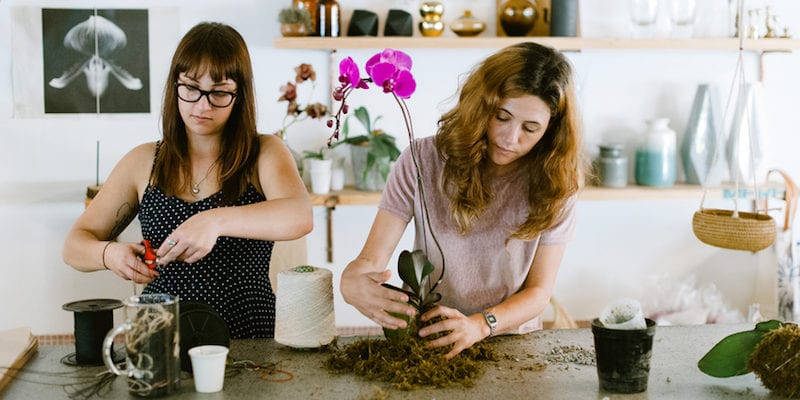 Ive now been in the real world workforce for a few years, and I have a confession I need to get off of my chest.

I am scared and incapable of working with a directly equal counterpart.

I firstrealized this was a struggle during my college internship.

The summer prior to my senior year, a work friend and I vented about various problems with our internship.

Specifically, we vented about an abrasive and very loud intern, who was a point of frustrationfor both of us.

I dont dislike her, I remember saying. But we would never be friends outside of work.

Same, my friend said. But, I dont think you and I would be friends either if we worked together all the time.

I didnt think much about it then, but after the conversation ended, the words echoed in my head.

Why wouldnt my actual friend and I be friends?

Was the problem not with the co-worker we both disliked?

Was the problem actually with me?

At the time, I brushed off the negativity and went on with my life.

When the internship ended, I graduated from college, stayed in touch with my friend and started my first “real world” job.

It was a heck of a year.

I remember speaking with my father the week before I started my entry-level assistant job.

The real world is like high school, he told me. Just be careful.

At the time, I brushed that off as well.

Were decades and generations apart.

I thought what was true for him, but probably wouldnt be true for me.

I was dead wrong.

During my first in-person interaction with my boss (a high-ranking executive), I was given a Miranda Priestly once-over, complete with a Where on Earth are your high heels? glare.

The first task I was asked to complete was thrown at me by a bitter woman nearing the end of her fellowship who thought she deserved my job more than I did.

The woman who had previously held my job was as I quickly found out dismissive, unhelpful and disinterested in me.

I tried to fight it; I really did.

But, I ended up disliking her just as much as I did my old co-intern.

When explaining it to friends, I spoke of her inability to take her personal items off of what was now my desk (because she wasjust super busy) and her Oh, thats nice responses during oursmall talk.

Friends quickly called it like they saw it (my co-worker being the worst), and they were very happy for me when I announced I was leaving for a better job.

When I left, my predecessor didnt even bother to say goodbye.

“Thats fine,” I remember thinking. “Its not like I really wanted to say goodbye, either.”

And yet, a similar instance occurred at the next job.

The guy I was assigned to occasionally coordinate with was cocky and dismissive, and he frequently insulted my character when things didnt go his way.

I caved into my instincts much more quickly this time.

I openly discussed my dislike of my co-worker with friends, family and even my boss when she expressed concern that I was too trusting of my co-workers.

I dont want to make you paranoid, my boss told me, but people can turn from friend to jerk just like that.

She snapped her fingers.

Just, you know, be careful.

My dads initial advice sprung back into my head, and I realized I had a serious co-worker problem.

Or perhaps, more appropriately, I had a problem with my co-workers.

Its incredibly easy to find studies, literature and other thought pieces on competition in the workplace, especially if youre looking at women-versus-women competition.

But, my problem wasnt that I didnt like my female co-workers.

Truthfully, I like a lot of my co-workers, both male and female.

My problem was that I disliked the people I was assigned to coordinate directly with.

After some serious thought, I boiled my unfortunate pattern down to four possibilities:

1. Everyone I’ve worked with sucks.

I understand that this is probably not true.

I am really hoping that this is also probably not true.

3. My past co-workers and Iare all ambitious and competitive people.

But, we might have been eager to find reasons to dislike each other because we felt threatened.

This seems too convenient to believe (and also inaccurate), which is why I dont think its true.

Yeah, I also thought the phrasing for number four was pretty strong, but thinking that everyone is a jerk made me realize that, in actuality, nobody is a jerk.

And yes, it turns out that the problem is, in fact, me.

Ive been blinded by an idyllic picture of what the workplace is supposed to be like.

We watch “The Office,” where Jim and Dwight have a kooky, yet friendly rivalry, and “Parks and Recreation,” where the department is essentially one big family.

These shows give usthis idea of what the workplace is supposed to be like.

Today, if you dont have a work spouse or an Ann to your Leslie, then youre probably a lonely and pathetic loser who eats lunch at your desk.

Or, youre just a normal person.

We glorify the image of what work should be.

We do it through social media, through traditional media and through gossip over drinks.

If our work life doesnt fit that ideal, it can feel like were not doing our work correctly.

Looking back on my old co-workers, I dont think they were nice people.

But, they werent out to get me.

They simply went about their days and focused on themselves instead of on those around them.

Its not considerate (and not something that I would recommend), but in the end, theres nothing wrong with how they acted or with how I acted.

Though, if were being honest, I could probably focus less on my co-workers and more on my work if I didn’t have to deal with petty drama.

We simply didnt connect, and I hope to someday find somebody I do professionally get along with.

Occasionally, my mind still lingers on the co-workers I never connected with.

I know its in the past and that it doesnt truly matter, but I wonder if Im even on their radars.

But, once again, I have more important things to focus on.

Being bullish on AR to a point