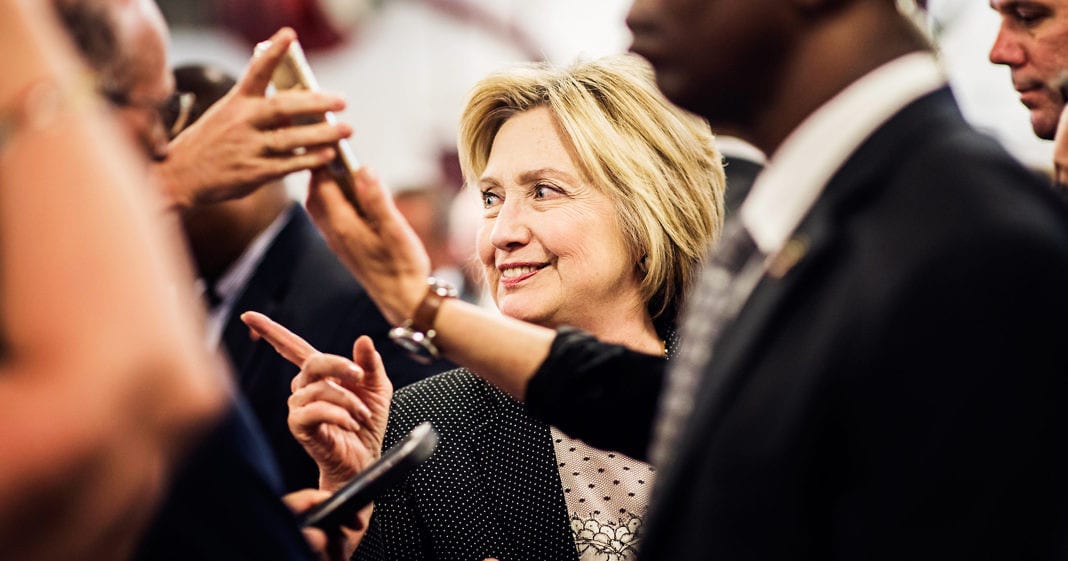 Hillary Clinton is releasing her technology and innovation agenda today, which includes plans to expand broadband access to all American homes, forgive some student loans for people starting new companies or joining a startup, invest in computer science education in schools, and create a national commission on digital security.

Clinton will address the plan today as she visits a workforce training facility in Denver and later, hosts a townhall with digital content creators in Los Angeles.

The presumptive Democratic nominee has touched on tech issues in an ad hoc way before, urging Silicon Valley to help fight radicalizationonline and calling for greater protection for on-demand workers. This is the first time, however, that Clinton—or any presidential candidate for that matter—is synthesizing these ideas into a comprehensive platform.

Though many pieces of the agenda are policy prescriptions Clinton has announced in the past, including a plan to bring broadband access to every American home by 2020, the tech platform includes newer proposals as well. Her plan would, for instance, allow would-be entrepreneurs to defer their student loans interest free for up to three years as they launch their businesses. Business owners who locate in “distressed communities” or start a social enterprise also could ask the government to forgive as much as $17,500 in loans after five years in business.

The goal of this part of the plan is to encourage millennials to start businesses. Entrepreneurship amongyoung Americans has fallen drastically, and student debt is often cited as one of the greatest obstacles to starting up.

The tech agenda also affirms Clinton’s commitment to net neutrality; her desire to make the United States Digital Service, a tech team that modernizes government processes, a permanent part of the executive branch; her plan to train 50,000 computer science teachers over the next decade; and her interest in ensuring tech companies can recruit top talent from anywhere in the world. According to the platform, Clinton “would ‘staple’ a green card to STEM masters and PhDs from accredited institutions.”

Silicon Valley will probably be most interested, however, in Clinton’s policies regarding privacy and encryption, both topics that have intersected with the country’s national security interests in the wake of the shooting in San Bernardino, California. But the newly released agenda may not satisfy. Though Clinton’s plan notes the importance of tech companies and law enforcement working together to preserve “individual privacy and security,” it offers little in the way of specifics or new information. Clinton has repeatedly called for collaboration between Silicon Valley and the government to win the war against terrorists both online and off, but it’s never clear just how she’d convince a reluctant tech community to cooperate.

But while her sweeping suggestions may not appease security experts and others seeking specifics, the fact that Clinton has a tech agenda at all puts her ahead of just about everyone else in this presidential election cycle. Marco Rubio and Jeb Bush tried to address such issues, but Donald Trump’s fixation with immigration and national security dominated the conversation. And Trump hasn’t offered much in the way of guidance here, except to say that as president, he would require Apple to manufacture its phones in the US and work with Bill Gates to “close that Internet up.”

Not that Trump lacks any Silicon Valley backing. Noted libertarian and billionaire investor Peter Thiel isTrump delegate. Still, it’s clear that Clinton, like President Obama before her, has the tech industry’s vote. Now, she’s also got their attention.

Will you have double your salary saved by age 35? Neither will the rest...

Crawling from the wreckage