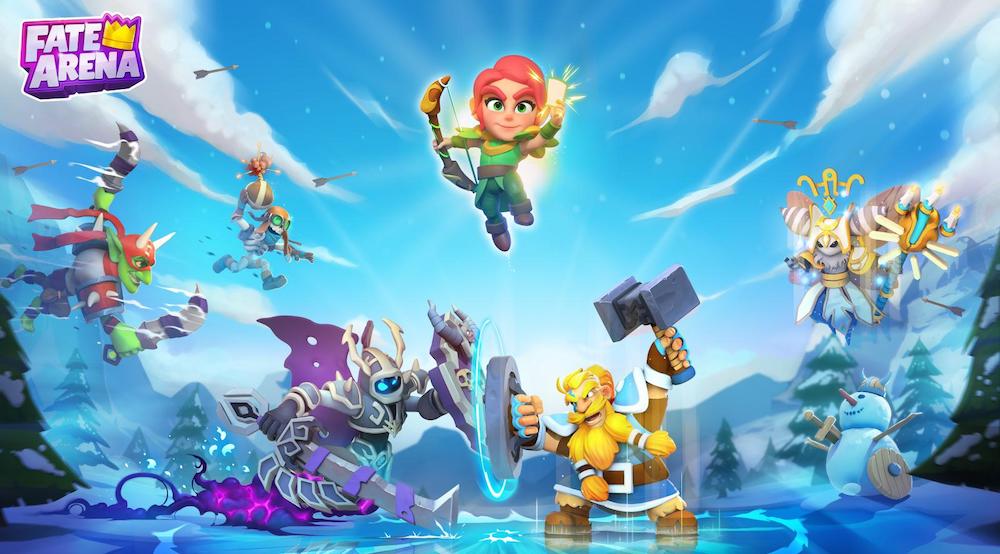 End Game Interactive CEO Yang C. Liu has a refreshingly straightforward description of what he and his co-founder Luke Zbihlyj are up to: “We’re just building games. And to be honest, we don’t know what we’re doing.”

Liu told me that he and Zbihlyj got their start by building websites tied to existing games, such as PokéVision, a site for finding Pokémon in Pokémon GO. However, they were inspired by the success of simple, browser-based multiplayer games like Slither.io to create games of their own — first Zombs.io, then Spinz.io, then Zombs Royale.

Altogether, End Game says its titles have attracted more than 160 million players, with 1 million people playing in a single day. Zombs Royale, in particular, seems to have been a hit — the battle royale game (where a single map can pit up to 100 players against each other) was one of 2018’s most Googled games in the United States.

Liu said the team’s success convinced them to focus their efforts on game development: “Do we want to make products that people simply use, or games that people think about out when they’re going to school, or going to work, or dream about?”

Zombs Royale was supposedly built in less than four weeks, but Liu said that after its launch in early 2018, the team spent most of the year maintaining and scaling the game. Then 2019 was all about building a team and creating the next game, Fate Arena, a title in the new Auto Chess genre that’s supposed to launch on PC, mobile and other platforms soon.

Liu noted that unlike End Game’s previous work, which featured simple 2D art (“On Zombs Royale and Spinz, I did the art, and it’s terrible”), Fate Arena will feature a “3D, high-fidelity art style.”

But even as the company’s games start looking a little less primitive, the goal is still to develop and iterate quickly. Liu said he hopes to fund “many tries” at building other cross-platform, multiplayer games with this seed round.

“We pride ourselves on rapid experimentation,” he said, adding that the key is “not biting off more than we can chew. We design [our games] to scale from the beginning. We don’t necessarily need to be World of Warcraft, where you need to make 100 quests as the baseline. We’re focused on games with a small starting point that can scale into something much bigger.”

Supercell Developer Relations Lead Jaakko Harlas made a similar point in a statement included in the funding announcement:

Many companies are quick to point out how fast-moving they are. Then you come across a team like this and realize what being lean and moving fast really means. Yang, Luke and the team have already shown that they can ship accessible games that showcase a real flair for fun, and we look forward to supporting them in their quest for the next big hit game.

3 digital industries that China is dominating