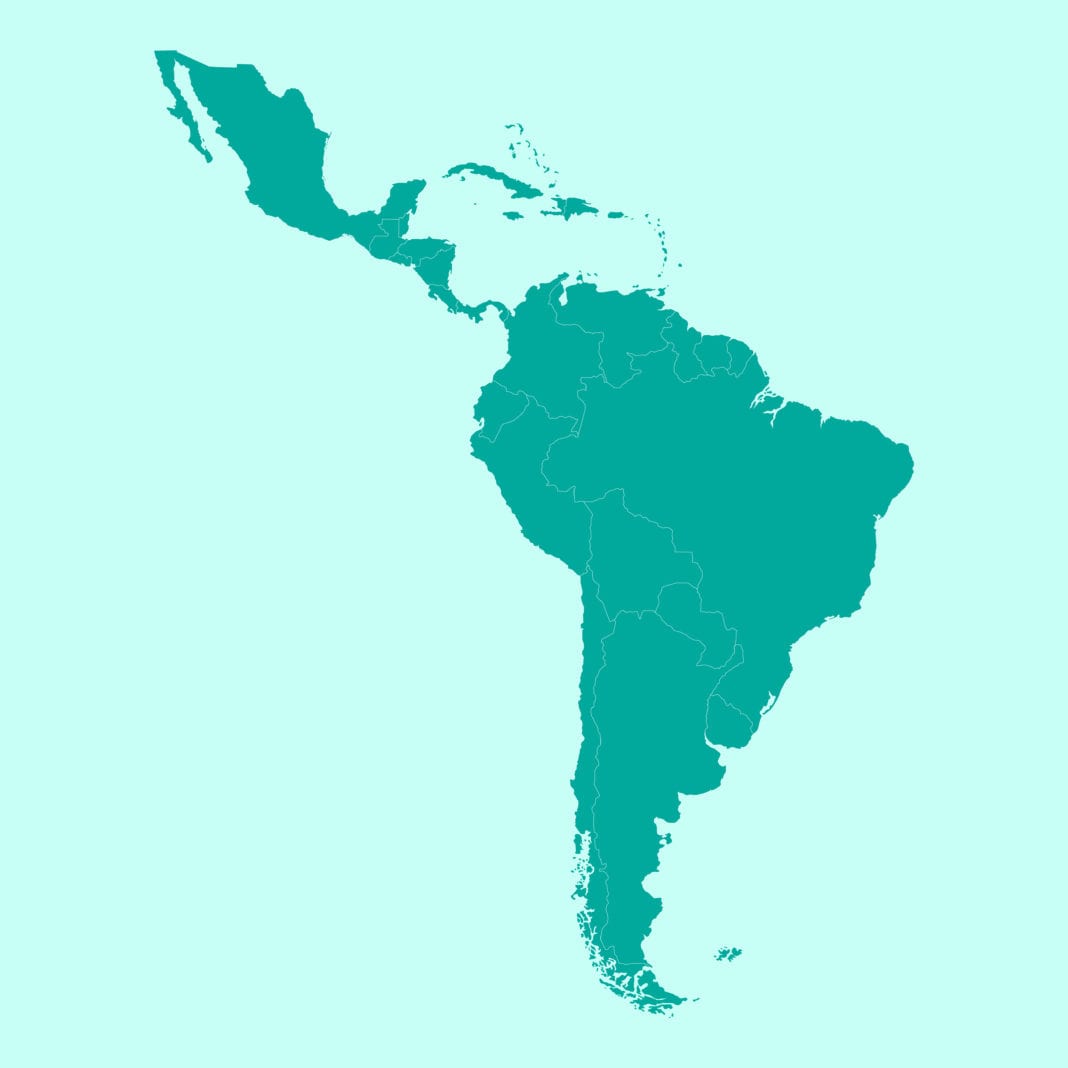 It’s not easy to raise growth-stage capital in Latin America, but it’s getting easier. As startups begin to flourish in the region’s largest markets, available funding is evolving to suit the needs of these maturing companies. However, Silicon Valley-style Series A rounds in Latin America are still rare, especially outside of Brazil and Mexico.

In the piece, he lays out the table stakes for any startup looking to raise Series A capital, including product-market fit, a strong revenue model, 2x or 3x YOY growth, a data-driven go-to-market strategy, a compelling market opportunity, a great team and a great story. These prerequisites apply to startups anywhere in the world. However, if these requirements are the minimum needed for a Series A in San Francisco, startups outside of the Valley, including in Latin America, will have to work even harder.

Latin America’s exceptional growth in VC funding over the past 12 months speaks to the growing number of later-stage rounds startups are raising across the region. 2018 was Latin America’s inflection point for startups, with four big trends:

A closer examination reveals patterns in what it takes to raise scale capital in the Latin American market today.

Exits to Latin American and U.S. corporates: Chilean-Mexican grocery delivery startup Cornershop went to Walmart for $225 million and e-commerce company Linio was acquired by Falabella for $138 million. These deals reveal a growing concern from large companies in Latin America about competition from startups.

More YC grads: Latin America sent at least 10 startups to the Y Combinator, and many more to other international accelerators, in the past year. These companies include Grin, Higia, Truora, Keynua, The Podcast App, SkyDrop, UBits, Cuenca, BrainHi, Pachama, Calii, Cuanto, Pronto and Fintual.

2018 really was a breakout year for Latin American startups.

So who is raising Series A rounds in the region?

Within the list of 30 or so companies that have managed to raise a Series A in Latin America in the past year, most of the startups fit into a few categories. There is also significant overlap between the investors who are pursuing tickets of this size, most of whom are located in major markets like Mexico and Brazil, or have offices in Silicon Valley. A closer examination of these startups reveals patterns in what it takes to raise scale capital in the Latin American market today.

Copycats — or startups that copy a successful business model from another market — are a good business in Latin America. Among those to raise Series A rounds within the past year were:

International investors often see copycat models as less risky, because the model has been tested before.

Brazil’s CargoX, the “Uber for trucks,” is leading the market for logistics solutions in Latin America, receiving international investment from Valor Capital and NXTP Labs starting in their first round. They have also received funding from Soros, Goldman Sachs and Blackstone in later rounds. Recently, logistics startups like Colombia’s Liftit and Mexico’s Skydrop have raised multimillion-dollar rounds from Silicon Valley investors, including IFC, Monashees, MercadoLibre Fund, Variv Capital, Sierra Ventures and Sinai Ventures . Startups like Rappi, Loggi and Mandaê have also raised Series A rounds, and beyond.

In many ways, the Brazilian market operates separately from the rest of Latin America, and not only because of the language difference. Brazil has Brazil-centric funds and its startups follow their own rules, because the market is big enough to accommodate companies that only operate locally. Brazil also receives a majority of international VC funding and has produced a significant portion of Latin America’s unicorns.

Brazilian (and some Mexican) startups in edtech, healthtech and fintech, including Neon, Sanar, Mosyle, UnoDosTres and Nexoos, raised Series A rounds in 2018. Key investors included Quona Capital, e.Bricks Ventures, Elephant and Peak Ventures. Brazilian startups tend to scale more quickly at all sizes; Creditas and Loggi were able to raise their Series A in 2016 and 2014 respectively. In 2018, they were already raising $55 million at Series C and $100 million+ Series D from investors such as Vostok Emerging Capital, Kaszek Ventures, IFC, Naspers and SoftBank. However, startups in these industries in other Latin American countries might not find it as easy to raise larger rounds.

How much to raise in a Latin American Series A

Latin American valuations are noticeably lower than their Silicon Valley equivalents. A Series A round in a small or medium Latin American market like Chile or Colombia might end up looking a lot like a San Francisco seed round. Valuations and amount are bifurcated: those that have access to Silicon Valley-style capital can get higher valuations and bigger checks (still lower and smaller than the U.S.), while those that don’t have access have lower valuations.

The startup’s team, story and revenue model should all align to create an unbeatable business.

Outside of Brazil or Mexico, startups should not expect to raise more than $5 million in a Series A, even if they are receiving co-investments from the U.S. The average Series A round in the U.S. hit $11.29 million in 2018; however, the top 10% of deals averaged more than $60 million.

In Latin America, a Series A could range from as little as $1 million to around $10 million in most countries. Brazil and Mexico might break the mold, but startups looking for growth capital in Latin America should not expect to raise more than $5 million if they are not in a massive market. For example, Chile’s Destacame raised $3 million in their Series A from Chilean funds in early 2019. By comparison, Brazil’s Neon raised $22 million in their Series A in the same year. While these are different industries and comparing apples to oranges, the orders of magnitude seem right.

If we compare in the same industry but different years, the results are similar. Nubank’s Series A in 2014, led by Sequoia Capital, was $14.3 million. Neobanks in smaller markets, like albo and Uala, raised $7.4 million and $10 million, respectively, in their Series A rounds.

To date, the largest Series A raised in the region went to Yellow, Brazil’s bike-share and e-scooter company, created by the founders of 99, Ariel Lambrecht, Eduardo Musa, and Renato Freitas. Yellow raised a $63 million Series A within a year after launch, then merged with Mexico’s Grin Scooters.

Where to look for investment: Latin America or USA?

There are still very few entirely Latin American funds investing at Series A. Most of the time, Latin American startups must look to Mexico and Brazil, or beyond the region to Asia and the U.S., to fund rounds beyond the seed stage.

Within Latin America, some of the actors in this investment sector include Brazil’s Monashees and Valor Capital, Argentina’s Kaszek Ventures, Peru and Mexico’s Angel Ventures and Mexico’s ALLVP, MITA Ventures and Ignia. Startups might also find Series A-level investment from major regional tech leaders who are scouting acquisition opportunities, like Movile’s investment in Mercadoni. Movile is Brazil’s leader in mobile technology, with a mission to impact one billion people, following in the footsteps of China’s giant conglomerate, Tencent. Movile has invested in and acquired many Latin American startups to increase their mobile offerings for its customers.

While some funds in Latin America participate in investments of this scale, most Latin American startups target at least a part of their Series A rounds from outside the region. Latin American startups have been able to reach U.S. VCs in one of three ways: through top-tier accelerators, by selling to consumers in the U.S. market or by taking on a copycat model. U.S.-based VCs Accel Partners, Sequoia Capital, Andreessen Horowitz, Base10, Liquid2 Ventures, Quona Capital, QED, IFC and Sierra Ventures have all made multiple contributions to Series A rounds in Latin America within the past year.

Raising a Series A round in Latin America today

Raising a Series A round anywhere means checking a lot of boxes. Beyond bringing a great product to market, the startup’s team, story and revenue model should all align to create an unbeatable business. In Latin America, raising a Series A also means knowing where to look for capital, and which models are receiving funding.

Although there is no instruction manual for raising a Series A anywhere, following in the footsteps of companies that have done so successfully can be a wise way to start. Latin America’s Series A success stories outline a list of investors that are interested in this stage, as well as how much they are investing in Latin American companies. Founders can use this information to structure their fundraising efforts and optimize their time to raise a Series A and continue to scale.

Guesty raises $3M to be a Salesforce for property managers