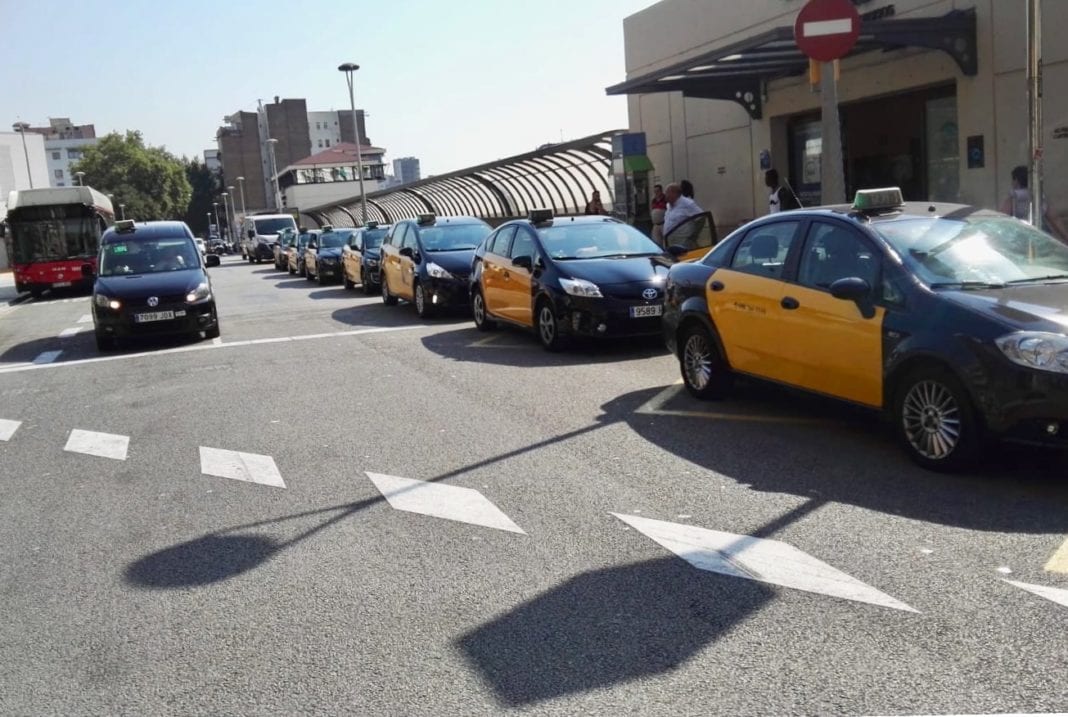 A national six-day taxi driver strike in Spain has ended after the government agreed to pass regulation that will allow the country’s autonomous communities to cap the number of private hire vehicle permits within their cities.

The VTC licenses are used by Uber and local ride-hailing rival Cabify to offer professional driver services in the country. So the government’s decision looks likely to limit the size of their businesses in regional markets which choose to uphold the cap.

Previous decisions by European courts have essentially closed down Uber’s p2p (non-professional driver) ride-hailing services in the region. So lobbying cities to deregulate and reform taxi laws in its favor is Uber’s game now.

But it’s a long game, and one that may not work in every market — underlining the drivers behind the company repositioning itself as a multimodal transport platform, after buying its way into e-bikes.

Spain’s Development Ministry issued the news the taxi industry had been pressing for yesterday, in a press release, following a meeting of the National Transport Conference that had been forward as a result of the strikes. It said measures to enable the country’s regional governments to regulate the VTC sector locally, allowing them to put in place their own urban mobility policies, will be implemented in September.

Taxi associations have parked their strike as a result — albeit, making it loud and clear on Twitter that they’ll be returning to keep up the pressure on legislators come September.

It was an attempt by the mayor of Barcelona to pass a law to locally enforce the 1:30 ratio — subsequently blocked by the courts — that triggered the latest strike.

A strike that — as Uber hyperbolically tells it — “paralyzed Spain”.

Of course the reality was rather closer to an inconvenience, and mostly for tourists, given the country has multiple, typically low cost urban public transport options. And locals love to scoot.

Spain’s taxi associations have been holding fierce strike protests for several years, ever since Uber re-entered the market with a licensed service offering — after some of the same associations had successfully challenged its p2p service in the Barcelona courts and got UberPop banned.

Taxi drivers denounce Uber and another local ride-hailing player, Cabify, as exploitative and corrupt, and have been applying pressurize on local and national governments to protect their industry.

A judgement from the CJEU at the end of last year, deeming Uber a transport company — and therefore firmly subject to local transport laws — looked like the final nail in the coffin for ride-hailing platforms to circumvent taxi regulations in Europe.

Making lobbying for deregulation and (in the case of Uber) pushing into multi-modal transport options the regional long play for ride-hailing startups. Uber’s e-bikes are heading to Europe this summer.

In Spain the taxi industry’s anger has been focused on failure to uphold a 2015 reversion of a transport law which reinstated an earlier VTC license cap, dating back to 1990, that sets a ration of one VTC per 30 taxis.

However the provision has not been actively enforced, and has seemingly been easy (though not necessarily cheap) for ride-hailing firms to circumvent in practice — with the firms buying up VTC licenses from local operators and recruiting drivers via social media ads and job ad platforms like Jobandtalent.

Reuters reports there are currently 9,000 VTC permits granted to the online services vs 70,000 taxi permits. If the 1:30 ratio were to be upheld it would mean at least 6,600+ fewer permits — so likely thousands of Uber and Cabify contractors being put out of work.

VTC association, Unauto VTC, has sought to block attempts to enforce the cap — such as by challenging the Barcelona city authority’s attempt to enforce the ratio last month.

And ride-hailing companies appear to be seeking legal avenues to block the government’s latest move to devolve regulatory powers (for instance an Uber spokesperson pointed us to this report, in Mercado Financiero, which quotes a law professor questioning the constitutional validity of the government’s use of a decree to transfer the competency).

At the same time they are making public noises about wanting to work with the taxi industry.

In a blog post responding to yesterday’s government announcement that VTC regulatory powers would be devolved, Uber holds out an olive branch to taxis, calling for all players in the urban mobility space, private and public, to work together — and arguing that if people are going to leave their cars at home “we must offer them more and more alternatives, not less”.

“If we have learned something these days, we should work together. All together. Because although some insist on presenting this problem as a war, the truth is that it is not so different from the crossroads that all the great cities of the world live,” it writes.

“And at this crossroads, it is in our hands to decide which path we want to take. We can restrict the new mobility alternatives, or we can start working to achieve the objective that we share with the Government, the City Councils, the taxi sector, the VTC and Uber: that fewer private vehicles circulate on our streets every day.”

The company also makes a direct plea to taxi drivers to work with it by backing deregulation of the taxi industry, instead of a cap on the number of VTCs.

“We firmly believe that the solution is not to restrict the VTC, but to make the taxi more flexible so that it can compete better. So you can compete with Uber, not against Uber. Uber and the taxi? It may sound weird, but it is not. We already do it in several cities around the world, and we want to do it in Spain,” it writes.

“It is not about VTC or taxi. It is about that, little by little, we learn to work together to fulfill the objective of all: that you leave your car at home.”

An Uber spokesperson we reached for comment also told us: “The ways people move around cities is changing around the world — we want to partner with all local stakeholders, including taxis, to build better cities in Spain together.”

A spokeswoman for Cabify said the company did not have anything to add beyond its statement last week when it made a similar plea for stakeholders to unite around a multi-modal urban transport mix — writing then: “We believe that unilateral solutions are not the right solutions to build the mobility of the future and that all players must work together with the administration in order to find the way to ensure the market’s evolution and the protection of all of those who operate in it.”

However the taxi industry’s attacks on the ride-hailing companies include claims that their platforms create precarious ‘jobs’ and underpay their workers.

Neither Uber nor Cabify’s public statements have engaged with that critique.

The most recent taxi strikes started last month in major cities including Spain’s capital Madrid and in the capital of Catalonia, Barcelona.

The strikes were initially scheduled to run for two days but the drivers changed up a gear — announcing a huelga indefinido and going to on spend almost a week blocking streets and making life especially miserable for suitcase-laden summer tourists trying to make trips to and from airports.

There were also violent scenes witnessed on the first day of the strike in Barcelona — which drew widespread condemnation after cars were damaged and there were reports of drivers being attacked and threatened.

The violence was not repeated after appeals for calm, including from one of the main taxi associations organizing the protest action.

This same organization, the Elite Taxi association, has since tweeted that Barcelona taxis have been offering free trips to hospitals to improve relations with citizens.

How to Play the Electric Car Hysteria