As elections near, one social media platform appears to have escaped hardliners curbs and filters 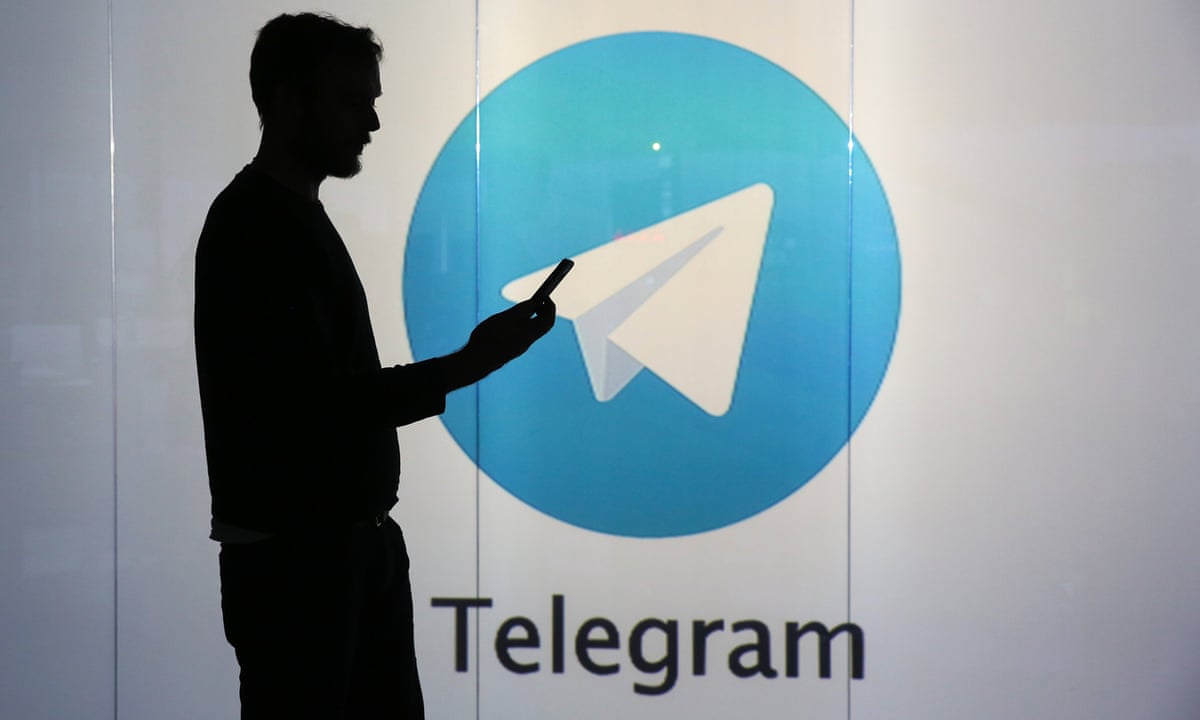 As Iran gears up for parliamentary elections at the end of the month, an instant messaging app believed to be used by one in four Iranians is set to play a major role.

Telegram allows users to broadcast to unlimited numbers of people on public channels, with a strong emphasis on privacy protection for its users. It made headlines when it emerged that members of Islamic State were using it to broadcast propaganda. In Iran, however, which has a tech-savvy young population, it is mostly downloaded for reading news, communicating with friends or sharing jokes.

Given that Iranian state TV is the exclusive mouthpiece of hardliners often publicly opposing the policies of Hassan Rouhanis moderate administration pro-reform candidates are also turning to Telegram as the most viable platform for spreading their message.

There are many compelling reasons: a poll reported by the semi-official Isna news agency estimated that at least 20 million Iranians are Telegram users, dwarfing the number using its global rival WhatsApp, and surpassing Facebook and Twitter, which are both blocked. Iranians were previously active on Viber, another messaging app, but it was also blocked by the authorities, prompting millions to switch to Telegram.

So far, the app is officially open to all Iranians. The states internet watchdog recently held a meeting to discuss filtering it, but decided there was no reason to do so. It is too soon to say, however, whether this signifies a realisation within the Iranian establishment that fighting its people online is futile.

Telegram was launched in 2013 by two Russian brothers, Pavel and Nikolai Durov, an entrepreneur and a computer programmer, and is based in Berlin. It describes itself as a messaging app with a focus on speed and security, usable across multiple platforms simultaneously. It also allows users to broadcast messages to large audiences publicly with its Channel function.

Rouhani has strongly advocated free access to social media and messaging apps since coming to power in 2013. His administration has significantly boosted internet speeds and bandwidth in the face of resistance from hardliners. Many of his cabinet members, including the foreign minister, Mohammad Javad Zarif, have circumvented official blocks to use Facebook and Twitter. Attempts to filter websites have not stopped Iranians accessing blocked addresses: use of VPN (virtual private network) services and anti-filtering software is widespread and a generation of young entrepreneurs have invented their own social media services, initiating an inadvertent start-up revolution.

Decisions on filtering do not rest solely in the hands of Rouhanis government. Only six of the 13 members of the working group which polices the internet are appointed by Rouhani. The others are officials from the judiciary or institutions close to the supreme leader, Ayatollah Ali Khamenei.

Unlike those from former president Mahmoud Ahmadinejads era, the six members representing Rouhanis government do not have favourable views about the old filtering policy, which blindly punished millions of Iranians, Mousavi-Khoeini says, adding that smart filtering mechanisms appear to be replacing the traditional blanket blocking of online services.

Access to Telegram, which has made front page news in Tehran, is likely to come under scrutiny in the run-up to the elections when hardliners usually step up crackdowns on freedom of expression. Mousavi-Khoeini believes Telegrams popularity might mean that hardliners refrain from upsetting the electorate. He also predicts that if more moderate figures enter the next parliament, Rouhani will have more space to manoeuvre over online freedoms.

A report by a London-based NGO that closely monitors internet infrastructure and policy in Iran says Telegrams popularity poses new questions for the establishment.

Whereas in the past government policy has tended to err towards condemning, blocking, and disrupting the services offered by messaging apps, there are signs that the Iranian political and media establishments may be looking to develop a more nuanced response to Telegrams popularity, potentially even co-opting the platform for their own ends, the report by Small Media says.

Although there are signs of increasing accommodation between some Iranian government figures and Telegram, policy is not settled, and bitter disputes about Telegrams role are ongoing.

Authorities closely monitor content on the app. Last year, the case of a man named Vahid, whose viral Telegram images showed him posing in compromising positions with women, caught the attention of the country. He was subsequently arrested. Telegram says it has acted on requests from Iran to prevent the publication of pornographic content on its app.

The company says about 20% of its monthly active users are from Iran. Only the US appears to have more.

Surveys suggest that about 72% of Irans population between 18 and 29 have access to smartphones, and that 42% of people living in rural areas have access to social networks, making it increasingly easy for anyone to disseminate content to a wide audience. Some academics believe the popularity of social media reflects the restrictions on the usual ways to express opinions.

Not everyone in Iran has a laptop or Wi-Fi but people in the very rural places have access to smartphones and internet connections via their phone, says an Iranian blogger known as Vahid Online. He has about 17,000 followers on his Telegram channel and says the app has brought rich online content to ordinary users in Iran.

Some people in villages dont even have an email address but thanks to their smartphones can read content that was previously limited to those who owned computers or were able to access their emails, he says.

Many videos on YouTube, which is blocked in Iran, can now be easily shared via Telegram. One reason why the authorities might be tolerating Telegram, Vahid Online says, is that it does not give users the ability to repost or like content. Public channels are a one-way conversation in that users cannot post comments.

Anahita Baniasadi, a Tehran-based journalist, praises the app. Its made things like sending images and videos much quicker, she says. Filtering means sharing videos and images on other platforms is extremely difficult, given speeds while using a VPN. As a journalist, I have noticed that my articles are read more on Telegram than in print or on the website, so it has benefited me a lot.

Foreign-based news networks that face censorship on their websites and social media, such as the BBCs Persian service or the popular London-based Manoto TV, have channels on Telegram that are still accessible. Nariman Gharib, a social media analyst at Manoto, says people routinely use Telegram now to send videos and images, instead of emails.

The application is popular not just among ordinary Iranians, says the New York-based International Campaign for Human Rights in Iran, but also widely used by state officials to make announcements to the general public including, oddly, many hardline officials in Irans security and military agencies who have simultaneously called for Telegrams blocking.

Blood, spit and swabs: can you trust home medical-testing kits?