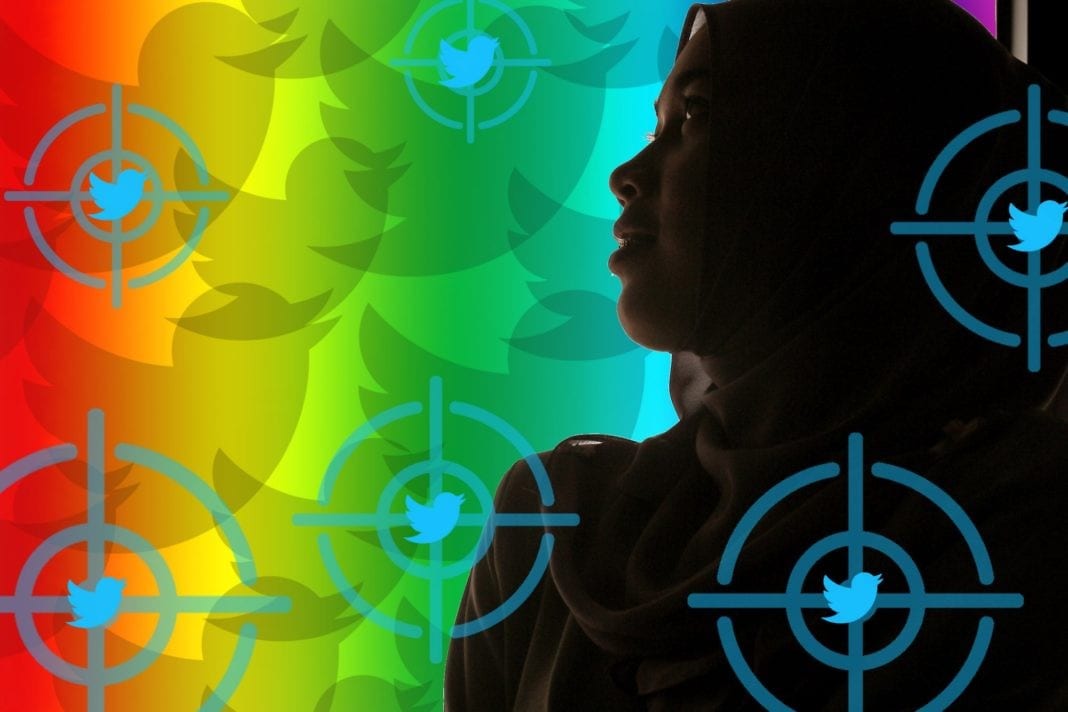 In Kuwait, the penalty for blasphemy can be as severe as death. That’s why a new campaign to dox young Kuwaiti women with independent minds is so dangerous.”>

A band of Twitter trolls alleging to be from the Middle East spent Sunday and Monday repeatedly reporting atheist and pro-LGBT girls and women to the local authorities in places where blasphemy laws allow for punishments as severe as death.

Stories of social media harassment have become increasingly common in recent years, but the consequences of this trolling campaign could be far more serious than most. Twitter users in Kuwait have already spent years in jail for tweets similar to the ones trolls unearthed on Sunday and Monday, as repeated requests to Twitter to ban those doxing young women have so far fallen on deaf ears.

Late Sunday night, Twitter user @old_gaes tweeted a screenshot of one of @Pharaohoes tweets from February, which had replaced the word domain in a verse from the Quran with a slang word for vagina.

This is the end of another atheist and we should continue exposing every Arab atheist child to their parents who do not know of their atheism, @old_gaes wrote in Arabic above the tweet.

Several friends of @Pharaohoe on Twitter told The Daily Beast that she is 16 years old and lives in Kuwait.

@Old_gaes urged his followers to report her tweets to authorities after tracking down and disseminating appropriate government email addresses.

Dubais verified police account tweeted back to @old_gaes on Monday morning, asking him to kindly send the details about potential blasphemy along to a specific email address.

His entire account is of him reporting LGBTQ and ex-Muslims, or harassing them until they deactivate, said Dubai-based Twitter user Afra, who declined to give her last name because it could really affect my safety.

On Monday, @Pharaohoe tweeted they fucking found me, im gonna puke, then im deactivating guys. She then deleted her account.

@Old_gaes deactivated his own account late on Monday after users threatened to report a tweet critical of the UAE to Dubai Police, but he first gloated about his crusade when @Pharaohoes account went dark.

They live in our safety and eat from our God given bounties, but when they disrespect our faith you think they deserve mercy or forgiveness? he wrote in Arabic.

Many of his followers voiced agreement and pledged to help.

Arab gays and atheists live amongst us, but if every person got up and defended his faith and spread Dawah (education) to every gay and atheist, they would disappear from Twitter, @iBxdr responded in Arabic.

Now when a man defends his religion by utilizing the laws of the country he is being hateful but when a girl disrespects our religion it is nothing! strange world, wrote @TheAmazingMK in Arabic.

@Old_gaes and some of his followers then began reporting users like Afra who came to @Pharaohoes defense.

Hes using scare tactics to silence people, said another user who had been harassed by @Old_gaess followers, but asked her name be withheld in fear for her safety. This tactic is not new at all. Many Arab atheists, political dissenters, and LGBQT (users) are doxed into silence. Thats why you find many of these accounts are anonymous, so that if they are targeted, their identity wont be revealed.

Above a tweet by the user @holyvag that reads, Where is God? Why isnt he shaking the ground of every person who makes fun of him? in Arabic, @Old_gaes wrote, Im reporting her and I dont wanna hear the excuse that shes too young.

The persistent doxing is leaving many women, who have repeatedly reported the users to Twitter, wondering how to make it stop.

Twitter is absolutely useless. They dont take this sort of thing seriously, said the woman who asked to remain anonymous. I dont know what the solution is.

Hes so dangerous, said Afra. I dont know how his account is still up.

Last year, Twitters then-CEO Dick Costolo made reining in abuse a priority for the social network and expanded its safety team to act against accounts that dont follow the rules. In February, the company hired a group of experts to launch the Twitter Trust & Safety Council, which would provide more tools and policies to express themselves freely and safely on Twitter.

When The Daily Beast reached out to Twitter to ask how accounts like @Old_gaes were allowed to remain active despite consistent reports of harassment, a spokesperson said that we do not comment on individual accounts, for privacy and security reasons.

When asked to better outline how Twitter assesses threats to personal safety after a violation of the rules that could leave its users in danger, the company did not respond to repeated requests at press time.

In 2012, a Kuwaiti man was jailed for 10 years for insulting Muhammad and Saudi and Bahrainian officials on Twitter. Another man was sentenced to five years for a Twitter comment about Sunni/Shia theology a year later, according to Human Rights Watch. Kuwait passed an amendment allowing for the death penalty for Muslims who curse the God or the Quran in 2012.

On Monday night, @Old_gaes bragged to his newest target above a screenshot of @Pharaohoes tweets.

@Holyvag I was joking before, but now Im serious. Youll be with her soon, he wrote.

Your Anti-Trump Efforts Are Working