How to barbecue: Whether its pig, cow, lamb or even goat, our resident cook has tips on how to cook barbecue in the American way, as well as a buxom blueberry cobbler for dessert 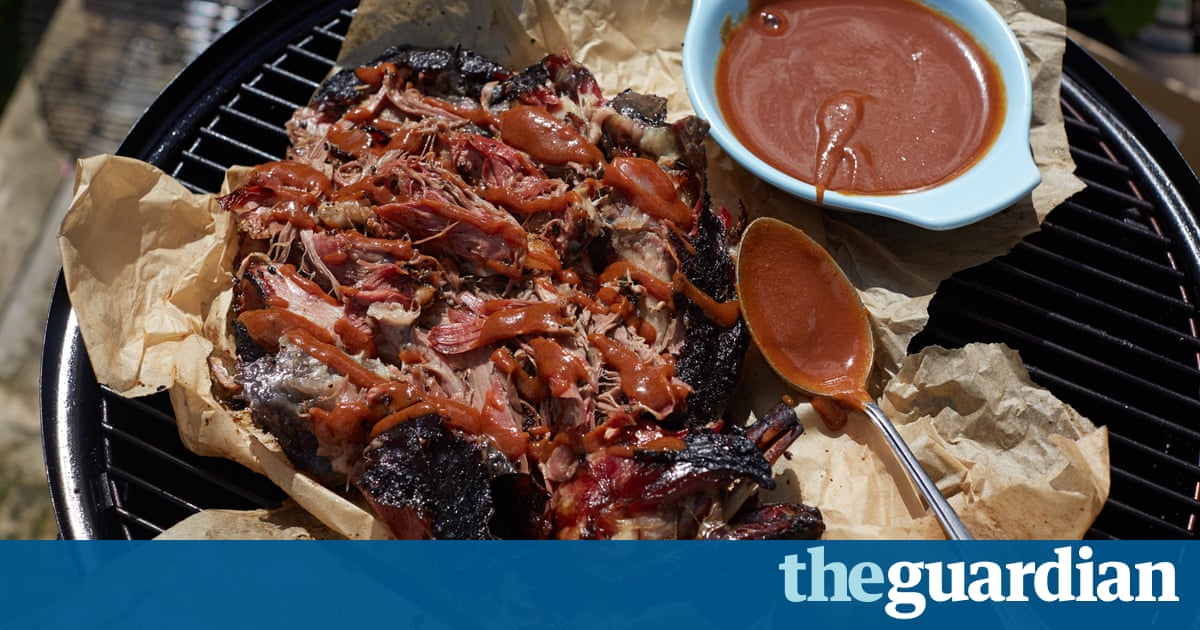 We live in a house divided. Ten years ago, I married a barbecue-beef-loving girl from Kansas City, Missouri. Until we met, Id assumed that Memphis, Tennessee the home of Elvis and Sun Records was also the capital of the slow-and-low cooking style that we call barbecue and, more importantly, that it only referred to pork. On my first visit to Kansas City, Molly was quick to correct me: the Midwestern town claims to be the world capital of barbecue, which means beef brisket (affectionately ordered at her local as beef on bun with fry or beef brisket, sliced bread, pickle and french fries).

We both believe were right about what animal one is referring to when speaking of barbecue, so its best to check your geography before speaking out of turn. Pig reigns as the meat of choice throughout the Deep South states between Louisiana and the Carolinas, where Ive spent most of my time. Just outside, in Kansas and the west of Texas, barbecue refers to beef. Originally from the Mississippi delta, I never knew a piece of brisket until I first visited my in-laws. But, regardless of these hyper-regional identities and nuances, barbecue pork is arguably the first cuisine of the south.

Everyone agrees that wood fire has transcendental powers over food. In the south, slowly smoked meats have sustained our culture for centuries. Whether done hot or cold, smoking continues to be a fiercely protected cooking style in all southern states, each one giving it a unique character.

When I was growing up in the south, there were so many good smoke joints surrounding my home that I never really bothered to try smoking my own. It came to me much later. As a young chef, I spent more of my training years looking outward to other cultures and, as a result, have only recently come to a better understanding of how properly to cook slow and low.

Hands-on experience and proper kit are key factors, but understanding the science behind whats happening is also helpful. Barbecue can be a laborious process, requiring time, attention and far more finesse than backyard aficionados and even some restaurant critics give it credit for. Before starting that fire, take note of these key points on barbecue process and how to cook your meat to the optimum temperature.

My final advice on barbecue? Dont overdo it. Its richness is such that I no longer eat a large portion at any one meal.

Also, save room for dessert. Pie, of the sweet variety, is particularly southern and is the perfect pudding to follow a barbecued meal. Cobbler a sort of crustless version falls loosely enough into the category of pie. This simple, unglamorous dessert rarely fails to please, and can be put together with very little effort. Use the recipe below as a base, and substitute your choice of summer fruits and spices as you like.

The cooking process breaks down easily into three sections.

The intial cooking period. From the moment you put your rubbed meat into the smoker, most of what youre accomplishing during this period is taking on smoke flavour. That is, your rate of cooking is relatively constant for the first couple/few hours. But when you begin to get above 70C

The cooking slows down, and you enter the stall. This is the second, purgatorial portion of the cook where collagen begins to break down, but its neither raw nor done. The rate of cooking slows down during this part of the process because of evaporative cooling, the method by which the meat is giving off moisture from the internal cells to the surface in order to cool off (similar to your body sweating). This in turn slows the rate of the heat penetrating the meat. After a certain amount of time, though, the harder collagen tissue within (the bits that make tough meat tough) will have dehydrated enough in order to dissolve, and the meat will quickly resume a sharper rate of temperature incline, called the jump. This is the point where many professionals will wrap their meat in butchers paper, which helps to retain moisture near the surface and insulates the meat from drying out during the final bit of cooking.

The jump. This is the most crucial of the three sections to keep an eye on, because you dont want to overshoot your ideal cooking temperature (between 91-95C when the collagen has fully turned into tender, meat jelly). I like to pull my meat when its between 89-90C internally. You can place it into a small container, such as a thermobox or insulated cooler and the temperature will continue to rise and carry over into the temp zone of 91-95C, where youll get the moist and tender meat youre aiming for.

Cloud eggs are taking the Internet by storm