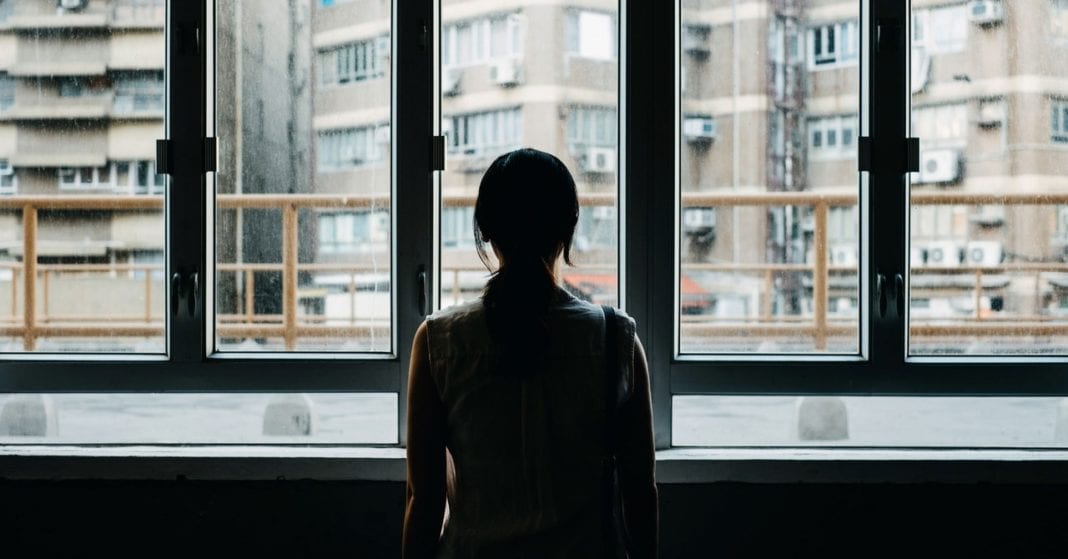 By now, you may have noticed a divide among your friends. As social distancing and self-imposed quarantine wear on and more workplaces urge employees to avoid the office, the Covid-19 outbreak has left many people more alone than they’ve been in a long time, or ever. Some are responding by hunkering down into cozy domesticity: baking bread, reading books, taking long baths. Others have begun to fray: FaceTiming with friends is a necessity, not a luxury; the closure of a favorite coffee shop is cause for tears; the walls seem to be closing in. Be kind to your local extroverts. They’re having a hard time.

Still, no matter how hygge you’re feeling at this moment, experts suggest that the negative feelings and experiences associated with prolonged isolation will come for us all. Humans are social creatures—yes, all of us. While the coronavirus pandemic is an extreme, largely unprecedented moment, the kind of seclusion that’s been eating at people over the last few weeks is not as uncommon an experience as you might imagine. The impacts of social isolation on our bodies and minds have been felt and studied in a variety of different groups, from astronauts to incarcerated people to immunocompromised children to Antarctic researchers to the elderly. The patterns that have emerged from their experiences with radical aloneness illuminate ways to understand and improve your own.
First off, it’s important to remember that isolation doesn’t just numb your brain with boredom. “People start getting lethargic when they don’t have positive inputs into their small worlds,” says John Vincent, a clinical psychologist at the University of Houston. “We can expect depression to kick in, and depression and anxiety are kissing cousins.” These symptoms are likely to be particularly intense during coronavirus-related isolation, according to Lawrence Palinkas, who researches psychosocial adaptation to extreme environments at the University of Southern California. “Oftentimes, if you have a very well defined period of time in which you’re isolated people do pretty well up until the halfway point,” Palinkas says. “Then they experience a letdown. But when you’re in a situation like we are now, when you’re not certain how long you’ll be asked to maintain social distance, that produces anxiety as well.”

When people, like those kept in solitary confinement or scientists working in a remote region, know their sentence is nearly up, their mood lifts again in anticipation. Those practicing social distancing due to Covid-19 may not get that any time soon. “Open, transparent, consistent communication is the most important thing governments and organizations can do: Make sure people understand why they are being quarantined first and foremost, how long it is expected to last,” says Samantha Brooks, who has studied the psychological impact of quarantine at King’s College London. “A huge factor in the negative psychological impact seems to be confusion about what’s going on, not having clear guidelines, or getting different messages from different organizations.” So far, many governments, including the United States’, haven’t been heeding this advice.

Perhaps even more concerning is that the psychological strain of loneliness manifests physiologically, too. Harry Taylor, who studies social isolation in older adults, particularly in the black community, says that it’s one of the worst things that humans can do to their overall well-being, adding that “the mortality effect of social isolation is like smoking 15 cigarettes per day.” In older people, social isolation seems to exacerbate any preexisting medical conditions, from cardiovascular diseases to Alzheimer’s, but its ill effects aren’t limited to those over 60.

Alexander Chouker, a physician researcher who studies stress immunology at the University of Munich, has seen radical changes in the bodies of people participating in simulations of manned spaceflight missions like Mars-500. “They were young and trained people not in a condition of real threat,” he says. “The pure fact of being confined affects the body. If you change your environment in a quite extreme way, it is changing you.” Participants, some of whom were only isolated for three months, experienced changes to their sleep, changes to their immune, endocrine, and neurocognitive systems, and alterations to their metabolisms. “Being confined and isolated affects the human physiology as a whole,” Chouker says.

Does this mean your body will go wonky like an astronaut trapped on fake Mars for over a year? Not necessarily. You probably aren’t truly socially isolated, at least not to that extreme degree. And even those who study the negative consequences of social isolation still think practicing social distancing is a good idea. “Covid-19 is flipping everything on its head,” Taylor says. “This is the first time since we have been alive that actively practicing social isolation is a method to improve health.”

What Is the Coronavirus?

Plus: How can I avoid catching it? Is Covid-19 more deadly than the flu? Our in-house Know-It-Alls answer your questions.

The people who are most at risk from the isolation associated with Covid-19 are the people who are at heightened risk of social isolation in the first place. “Among older adults, lower income people and men experience isolation at a different level,” says Thomas Cudjoe, a geriatrician researching the intersection of social connections and aging at Johns Hopkins University. (In both cases, Cudjoe says that a lack of time or inclination to develop social ties outside of work creates the disparity between those groups and their female or higher income counterparts.) Taylor points out that anyone who is marginalized is more likely to have a more limited social network, whether they are a member of the LGBTQ+ community, a survivor of domestic abuse, or just live in a more isolated rural area.

These people may not have friends or family to call, or may be unable to do so. “Some people have posited technology as a means of connecting people, but lower income groups might not even have FaceTime or Skype or minutes on their phone,” Cudjoe says. “People take that for granted, using their devices can be a strain on people’s incomes.” Particularly if Covid-19 has left them out of a job. “Minority bodies are going to be hit particularly hard because they often work in service industries, which increases risk for social isolation and loneliness and coronavirus,” says Taylor. “It could create an economic and social recession.”

No matter what your unique situation is, there are many things you can do to improve your experience while being socially isolated. Chouker and others recommend exercise as a mood boost. “Create as much structure and predictability as you can with the pieces of your life that you do have control over,” Vincent says. Pursue neglected projects, get on with life, but also be patient with yourself—both now and when this strange time eventually ends. People who go through a period of isolation, whether they’ve been on the International Space Station or in quarantine, often experience PTSD symptoms and struggle while reintegrating back into their ordinary routine. Social isolation may gradually become your normal, and losing it may still be a jolt.
Fortunately, you’re not in this alone, and you shouldn’t leave others that way, either. “For the general public who are not isolated, think about those people who were in your network that you haven’t heard from in a while, and give them a call or write a letter,” Cudjoe says. “Strengthen those weak connections.” With any luck, you’ll emerge from social distancing a whole lot closer.

These Pictures Of Ordinary Foods Might Seem Boring, But Take A Closer Look