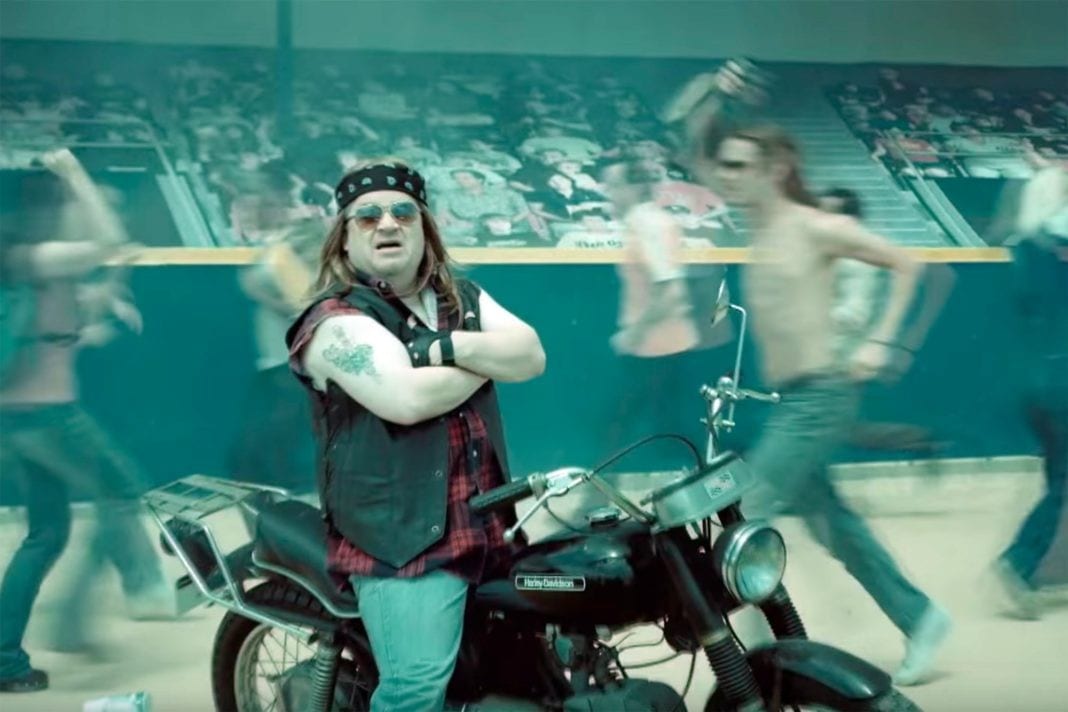 Drunk History premiered as a Funny or Die web series in 2007 and became an instant viral sensation. Clickbait content has often been accused of pandering to the lowest common denominator via big boobs, epic fails, and whimsical animal pairings. So Drunk History, in which caustic comedians recount increasingly niche episodes from our nations history, was relatively high-brow fare.

The unique web series succeeded because of everyones favorite secret weapon: alcohol. From beer goggles to bad ideas, booze has a storied reputation for lowering the bar. Here, for once, thats a good thing, as humanitys favorite inebriator lowered the threshold of historical literacy, making formerly esoteric stories accessible to the masses. After a few shots, a historical lesson that you probably slept through in high school is rendered newly relatable. The trick is Drunk Historys unique narration stylewhile absolutely plastered, narrators are tasked with both telling their tales and improvising all of the dialogue. Actors lip-sync along, capturing every anachronistic curse word and unrestrained belch. Watching Americas best and brightest reimagined by these comedians drunkest selves humanizes historical figures like Frederick Douglass, Abraham Lincoln, and Benjamin Franklin.

With a nothing-is-sacred approach to historical accuracy and Founding Fathers, Drunk History manages to mine humor from the unlikeliest of places. In the Season 4 premiere, which airs on Comedy Central on Tuesday night, creators Derek Waters and Jeremy Konner tackle the theme of Great Escapes. The anecdotesof a wrongfully imprisoned Harvard professor, a seafaring vigilante, and the Titanics chief bakerarent natural comedic fodder. Luckily, watching wasted comedians try (and fail) to do serious stories justice is part of Drunk Historys easy appeal.

As an online sensation, Drunk History relied on famous actors to increase the draw of their unconventional history lessons. The web series very first episode found Michael Cera acting out the now-inescapable tale of Alexander Hamilton and Aaron Burr. Subsequent episodes featured comedians who were arguably more famous than the figures they were portraying: Jack Black, Zooey Deschanel, Will Ferrell, and Jim Carrey. Dramatic actors like Don Cheadle, Eva Mendes, and Ryan Gosling lent an air of gravitas to the blacked-out proceedings, cementing Drunk Historys status as the rare drunken escapade thats still watchable when youre sober. When the Funny or Die experiment took the leap to Comedy Central in 2013, it astutely replicated this winning formula. This season alone is set to guest star Aubrey Plaza, Gabourey Sidibe, Patton Oswalt, and Dave Grohl, among dozens of other musicians, comedians, and A-listers.

Of course, Drunk Historys fourth season comes in the shadow of an even less likely pop culture sensation: Lin-Manuel Mirandas Hamilton. A hip-hop musical about Alexander Hamilton, Americas first secretary of the treasury, sounds like the kind of idea a Drunk History narrator would have right before the producers cut their mic. For the price of one small rent check or five and a half wireless iPhone AirPods, musical theater lovers can now reacquaint themselves with the colonial America they actively tuned out in AP U.S. historyor they can wait for Miranda to bring Hamiltons story to this season of Drunk History, in a heavily teased episode set to air on Nov. 29. Another must-watch episode this season comes courtesy of Green Days Billie Joe Armstrong, who will play Charlie Chaplin in an episode airing Oct. 4.

The Season 4 premiere isnt particularly flashy, but its good television. With the help of host Derek Waters, were briskly led through three genuinely fascinating stories, narrated by likable drunks and acted out by a cast of familiar faces. First, were treated to the tale of Timothy Leary, Harvard professor turned acid enthusiast turned inmate. Duncan Trussell narrates Learys prison break with awe and respect, culminating in the beautiful, drunk exclamation: This is Galileo! This is one of the smartest of us! Despite some expert weather-pattern predictions from militant activist group The Weather Undergrounda gem of historical inaccuracyLeary is apprehended and sent to Folsom prison, where he is ultimately pardoned. Trussells final musings, a rant about how being smart shouldnt be a crime and being stupid probably never will beis a sobering moment. Luckily, his dogs break out of their own captivity to end the story on a more playful note.

Next up, we have the first star turn of the episode, with Silicon Valleys Thomas Middleditch in the role of seaman William Willis. Ejaculate jokes aside, Middleditchs William bears little resemblance to his character in Silicon Valley, trading a hoodie for some suspenders and a mouth full of gold fillings. Steve Berg narrates Williss successful attempt to save a stranger from the penal colony of Devils Island.

In this episodes final anecdote, Doug Jones recounts the fittingly booze-soaked story of the Titanics head baker, Charles Joughin, flawlessly brought back to life by Chris Parnell. Like the show itself, Joughin makes the rare successful case for over-imbibing. Onboard the worlds most infamous drowning ship, a steady supply of homemade booze allowed the baker to keep his cool. The very last person on the Titanic, Joughin gracefully stepped into the water; because he was so wasted, he hardly felt the chill of the ice cold ocean, and was able to endure for over three hours. When he was eventually picked up by a rescue team, Joughin went down in history as one of only six people who survived in the water.

Doug Jones infuses this remarkable story with just enough drunken absurdity, ad-libbing some iconic dialogue for the moment when Joughin was fished out of the water and thawed in another ships oven: Yesterday I was baking pies in an oven, today I am in an oven, and I am a pie! The episode then descends into a drunken ice bath, as Jones and Waters sip whiskey and suffer through the freezing cold in an homage to the boozy baker. Like the best Drunk History moments, its a fitting tribute to a truly interesting individual, and a reminder that while drunken memories might be hazy, history is forever.

Roughly A Quarter Of All Drugs Sold On The Street In The UK Are...