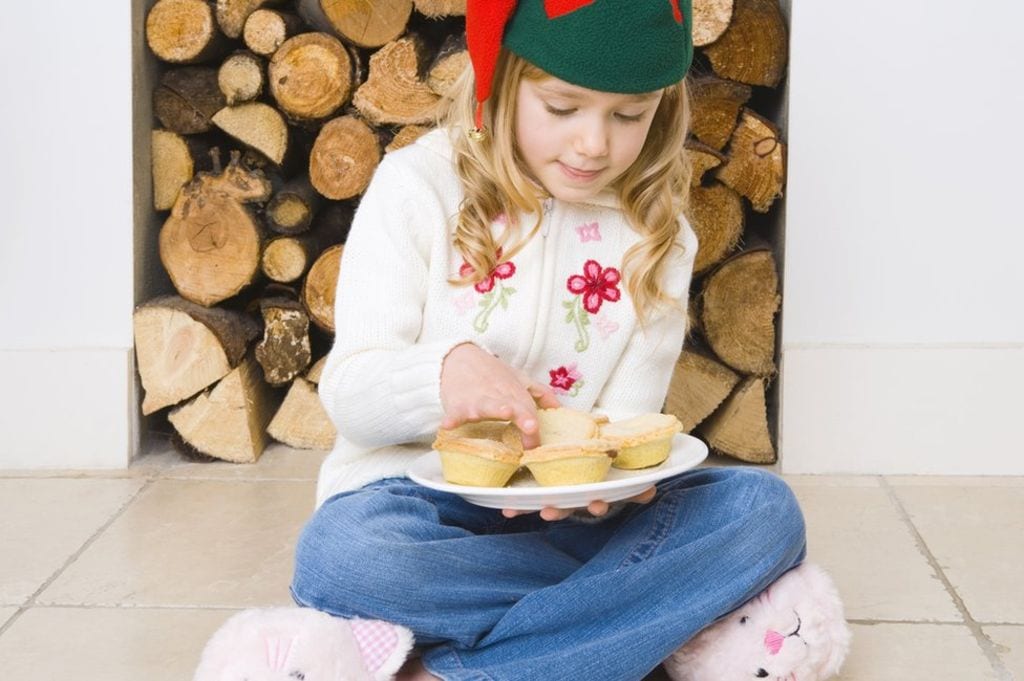 A 21-year-old woman was refused a mince pie in Asda as she did not have her ID – so how boozy are these festive pastries and are they suitable for children?

The mince pie mix-up in Telford was down to a member of staff “trying to do the right thing” says Asda, where only foods containing “liquid” Christmas spirit are age-restricted.

But this week a concerned parent started a thread on Mumsnet entitled “feeding children mince pies with brandy in”, asking: “Have I been getting my kids drunk on brandy?”

The consensus was “no”, and as one member put it: “It’s fine. It’s not as if you handed them both a bottle of brandy and told them to crack on.”

So how much alcohol is in a mince pie?

Chef Marcus Bean says he would be “surprised” if any shop-bought varieties contained much alcohol.

“I wouldn’t worry about my children eating mince pies,” he says. “We all love them and like to make our own.

“I use alcohol in cooking for my family as it gives an overall robust flavour.

“I haven’t tested them but I’d say by the time I’ve cooked a recipe the amount of alcohol will have reduced, leaving very little left.

“If anyone is really worried, they should just make their own mincemeat – it’s pretty easy to do.

“When buying if in doubt, check the ingredients and it will say if it contains any alcohol – some don’t.”

Should parents be worried?

Mother-of-two Laura Butler, 31, from Shropshire, says she wouldn’t lose any sleep over her children eating a mince pie.

“I am very conscious of what I feed my children, keeping sweets and snacks to a minimum,” she says.

“We do a lot of baking and cooking together and when we make mince pies at Christmas we leave the alcohol out.

“But if Marley eats a shop-bought one I’m not worried. The amount of alcohol in them will be minute.

“I can’t say I’ve ever felt tipsy after one too many mince pies.”

How many mince pies equate to a glass of wine?

Well that depends on how boozy the recipe is and the size of the pie, but where is the harm in a few sums?

If we copy the ratios of Sainsbury’s deep-filled mince pies, each one weighs 60g and the filling accounts for 47%.

So that means we will have 28.2g of our boozy mincemeat in each pie.

The recipe asks for 125ml of dark rum and 175ml of French brandy.

So in theory, you’d have to eat more than 10 mince pies to take in the equivalent of a single unit of alcohol – but, as Mr Bean says, most of the alcohol content will have been lost during cooking so you’re more likely to get full before you get tipsy.

Some food banks ask people not to donate food that contains alcohol, like mince pies and Christmas puddings,

Sam Little at Silklife Foodbank in Macclesfield says this is because the taste of alcohol can act as a trigger for people who have experienced alcohol problems.

“The purpose of our food bank is to provide people with emergency food relief,” he says.

“Our food parcels contain a wide variety of items, but we don’t give out anything containing alcohol.

“This is out of respect to those people who may have some sort of struggle with alcohol addiction – we want to help people, not make life harder for them.”

This story has been amended to clarify that 10 mince pies are unlikely to actually contain one unit of alcohol.

Kylie Jenner Couldn’t Keep Her Pants On While Baking Lasagna

7 Healthy Fall Treats To Bake With Your SO If You Both Have A...