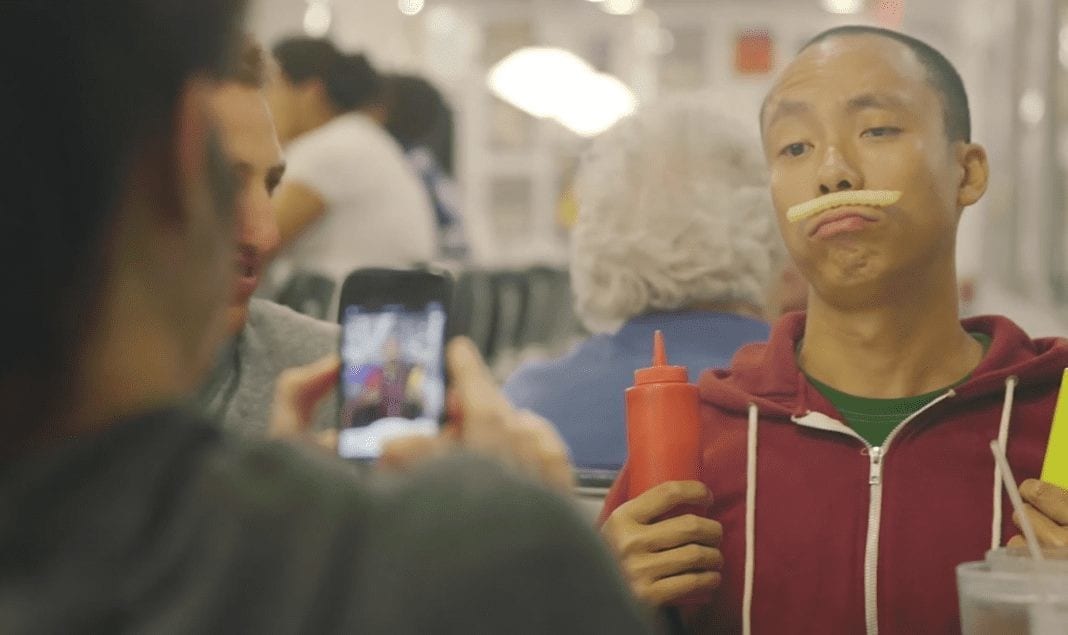 After successfully cloning Snapchat Stories, Instagram is looking to one-up its competitor in chat with a reimagining of its sleeping giant of a private messaging feature, Instagram Direct. Rolling out today to everyone, Instagram Direct will now combine disappearing ephemeral photo and video messages with traditional permanent text and image messages in the same one-on-one and group threads.

Youll be able to send silly short-lived selfies embellished with creative tools and temporary replies to friends Stories inside an on-going conversation that could include texted logistics or discussion of public posts.

Back in November, Instagram launched ephemeral messaging in Direct as a separate section from permanent messages. But after seeing Direct usage spike from 300 million to 375 million monthly active users since then, it decided that disappearing messages were popular enough to give the spotlight by uniting the two communication types in a single inbox.

Direct is our best friends experience, for just goofing around on the couch and sharing with your best friends says Instagrams Product Lead for Sharing Robby Stein. It turns out 85% of peoples Direct messages already go the same three friends, with the average group size being two to three. Baking Instagram Stories stickers, doodles, and overlaid text into Direct could make those conversations fun in ways SMS cant.

While Snapchats ephemeral messaging feature does let you save specific messages in a thread, it defaults to deleting everything and the design makes it confusing what stays. In my hands on testing of the new Instagram Direct, I found it intuitive to rapidly switch between formats in a thread, and useful to have some of the thread available to look back on.

The stock market seems to see the new Instagram Direct as a serious threat to Snapchat. Snap Incs share price droppd 2.79% as soon as the Instagram news was announced.

Direct is important to us Stein says. Theres a shift happening right now . . . with a generation where the main way they communicate is their camera.

The Most Underhyped Messaging App

The old ephemeral Instagram Direct was a separate row of bubbles above the inbox. Now disappearing and permanent messages are combined into one list of threads

Instagram Direct launched broken back in 2013. It only let you start a thread with a photo or video, then text chat about it, but you couldnt actually send image replies. Direct messages were more like a private posts and comment threads. But two years later once itd hit a surprising 85 million users in 2015, Instagram fixed it by allowing back-and-forth visual discussions.

That update jumpstarted its growth, and by November 2016, it had 300 million active users. But by then, Instagram had seen how teens were taking to Snapchat for rapid-fire ephemeral conversations. Theyd endlessly trade jokey selfies and video clips instead of typing. The camera is the new keyboard, and Direct needed to adapt.

But with so many people already on Direct, Instagram didnt want to immediately upend the product until it was sure it had the right design. So Directs Product Manager Keith Peiris decided First lets put this at the top. Lets not change the laws of physics of the sharing ecosystem. Ephemeral messages appeared as Story-style bubbles above the Direct inbox, with the traditional permanent threads below.

But that was certainly a bit complicated as I wrote at the time. Keith agrees, and now he tells me given how much usage weve seen in it, weve decided to focus the entire Direct experience on visual messages.

The new Instagram Direct lives a left-swipe away from your homescreen feed. Each thread gets its own camera button for instant ephemeral sharing, plus theres a big button at the bottom if you want to shoot first and choose who to send it two next. Gone is the row of bubbles above the inbox, which is a relief since it felt a bit like that every app launches Stories gag going around.

Inside the threads, the message composer is now split into two parts. In the middle is the black standard text entry box that also includes an upload button for sharing your existing images, plus an instant Heart button similar to Facebook Messengers easy Thumbs-Up. Anything you send from this box is permanent, and will always be visible if you scroll back up your thread.

Meanwhile, outside this black box on the left is bright blue camera button. This fires up the ephemeral camera where you can shoot photos, videos, and Boomerang GIFs, which you can then jazz up with stickers, drawings, and overlaid text captions just like Instagram Stories.

Anything sent from the ephemeral camera will show up in the thread with a big View Photo/Video button. If your friend is somewhere they cant pay full attention or turn their sound on, they can leave it for later as long as theyd like. When theyre ready, they can tap the button to see the imagery full-screen. Theyll also have the option to replay it once until they leave the Direct inbox, just in case they missed it the first time. Views, replays, and screenshots are noted in the thread so you can tell whos seen what.

After an ephemeral message is watched, Instagram tells me its deleted off the companys servers, unless its been reported for a policy violation, in which case its deleted after its been reviewed.

Also in these threads are replies to Instagram Stories, which only last as long as the 24-hour Story is available. Theres also public posts youve sent directly to friends, like a meme posted to the permanent Instagram feed by a social media influence you might want to laugh about privately with friends.

The one thing you cant do in Instagram Direct is send disappearing text messages, like the default in Snapchat. Instead, youll have to open the ephemeral camera, swipe right to the blank canvas, then add a caption and send it. Its slightly clumsy, though. Instagram shows its age here, or at least the higher average age of its demographic compared to Snapchat. For Snap teens, everything in life is ephemeral, even trying to send someone an address. Instagram takes a more stately, or fuddy-duddy, approach depending on your perspective.

For those counting, Facebook now has Instagram Direct, Messenger camera, and its own Facebook Direct features for private visual chat. But no, you wont be able to send messages between them. Instagrams team, now housed a mile away from the main Facebook campus, says they still run very independently. The app is trying to do whats best for its users, regardless of whether it seems redundant with Facebooks other efforts.

Weve largely seen these products to be very additive within Instagram and overall says Stein, explaining that Direct isnt cannibalizing Instagram feed usage or Facebooks other messaging products.At this point, it feels like Facebook Stories and Facebook Direct should be first on the chopping block if the company wants to scale back its assault on Snapchat, but it probably wont. Though these Snapchat clones might irk some critics and long-time Snap loyalists, visual communication is the future and Stories are the new News Feed.

For Instagram, though, the ability to bounce between contexts makes feels naturally visual without sacrificing the utility of traditional messaging. You can act silly one moment and have it disappear, then talk logistics of hanging out the next moment without it all vanishing. Again, Instagram isnt the inventor of either of these mediums. But its found a way to make ephemeral messaging intuitive enough for the masses.

Why Is Sarah Huckabee Sanders Lying About Baking A Pie For Thanksgiving??