The worst is over after eight very difficult years for the country, commissioner says 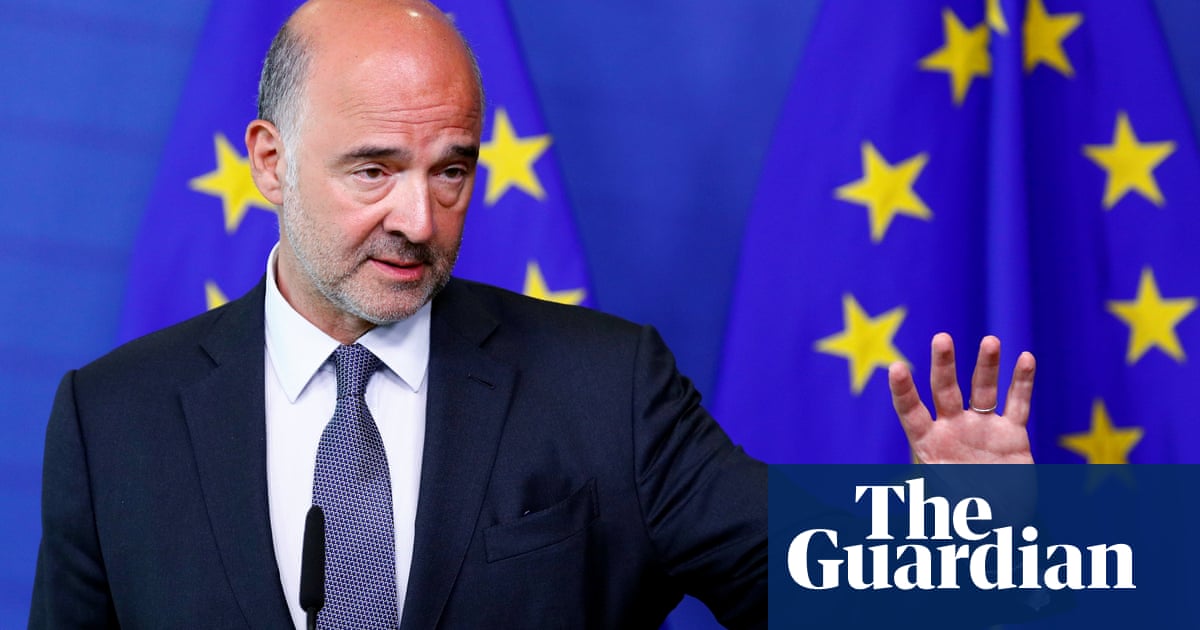 Greece has turned the page to become “a normal” member of the single currency, European Union authorities in Brussels declared as the country finally exited its eight-year bailout programme.

Its three bailouts during the eurozone crisis totalled €288.7bn (£258bn) – the world’s biggest-ever financial rescue. During that time, as the crisis threatened to lead to the nation’s ejection from the single currency – “Grexit” – Greece has had four governments and endured one of the worst recessions in economic history.

Marking the official end of the third bailout programme on Monday, Pierre Moscovici, the European commissioner for economic and financial affairs, said Greece was beginning a new chapter after eight “very difficult” years.

“We have had eight very difficult years, often very painful years, where we have had three successive programmes. But now Greece can finally turn the page in a crisis that has lasted too long,” he told journalists. “The worst is over.”

Evoking pensioners, workers and families who had suffered their own personal crisis, he added that he was “conscious that all those people may not feel that their situation has yet improved much if at all. My message to them is therefore simple: Europe will continue to work with you and for you.”

Moscovici said the end of the bailout “draws a symbolic line under an existential crisis” for all 19 countries that share the single currency.

Donald Tusk, the president of the European council, tweeted: “You did it! Congratulations Greece and its people on ending the programme of financial assistance. With huge efforts and European solidarity you seized the day.”

Greece was granted €86bn in 2015 in its third bailout but only needed €61.9bn. Total rescue funds stand at €288.7bn, the largest amount ever dispersed by international creditors.

“It took much longer than expected but I believe we are there,” said Mário Centeno, the chair of the European Stability Mechanism – the EU bailout fund created as a result of the financial crisis. “Greece’s economy is growing again, there is a budget and trade surplus, and unemployment is falling steadily.”

EU officials say Greece is now “a normal country” because it no longer has a bailout programme with conditions imposed by international creditors. However Athens will face more exacting checks than any other eurozone member, so Brussels can monitor whether the government’s budgets are in line with EU stability and growth targets. Moscovici insisted this “enhanced post-programme surveillance” would be “much lighter” than anything imposed by the troika, the name for the three creditor institutions, which became a byword for Greece’s loss of sovereignty during the economic crisis.

However, away from the official optimism in Brussels and Luxembourg, huge questions remain about how a country scarred by austerity can recover.

Almost a fifth of Greece’s working-age population is out of work. By 2023 unemployment is forecast to fall to 14%, far higher than the current eurozone average 0f 8.3%. Meanwhile, youth unemployment remains at 43.6% – the worst in the EU.

Many analysts believe it will take a decade before Greece returns to pre-crisis living standards following a slump in which its economy contracted by 25% and unemployment peaked at 28%. After wages and pensions were slashed in the first bailout, economic output dropped, small businesses folded, suicide rates increased and levels of extreme poverty jumped. The population has fallen by 3% because of emigration and a lower birth rate.

Greece has the highest government debt in the EU, 177% of gross domestic product, and is forecast to be repaying loans until 2060.

The country’s former creditors remain divided about the way forward. As a condition of getting debt relief, Athens agreed to the EU’s demand to run a budget surplus of 3.5% of GDP until 2022 and thereafter 2%. However, the International Monetary Fund, a co-funder of the bailouts, has long argued this goal is too onerous for a country that has endured years of belt-tightening.

The IMF lost the argument but revealed its scepticism its latest country report on Greece. The fund said achieving a surplus of 3.5% of GDP would require high taxation and constrained social spending. It called on Athens to stay in line with creditor-mandated spending plans and reduce high tax rateswhile broadening the income tax base.

“Any delay in these reforms would seriously undermine the credibility of the assumptions underlying the debt relief measures agreed with European partners,” the IMF said.

Allied to doubts about Greece’s budget targets, the fund fears the EU’s assumptions about Greek economic growth are too optimistic. “Very ambitious assumptions” about GDP growth and Greece’s ability to run large primary fiscal surpluses raise questions about the sustainability of debt over the long-run, suggesting “further debt relief” could be needed, it has said.

Angelos Chryssogelos, who teaches Greek politics at King’s College London, said weak growth is one of the biggest dangers. “Greece is in a position of purgatory,” he said. “It is going to be going to be in a high taxation, low growth cycle for the forseeable future.

Greece needed far-reaching reforms, he said, such as improving the functioning of the state, more digitalisation and making life easier for business startups. “You need really far-reaching structural reforms for growth to be kick-started, but that is something most Greek governments are unable to deliver.”

Does working with money make us worse people? | Gordon Menzies