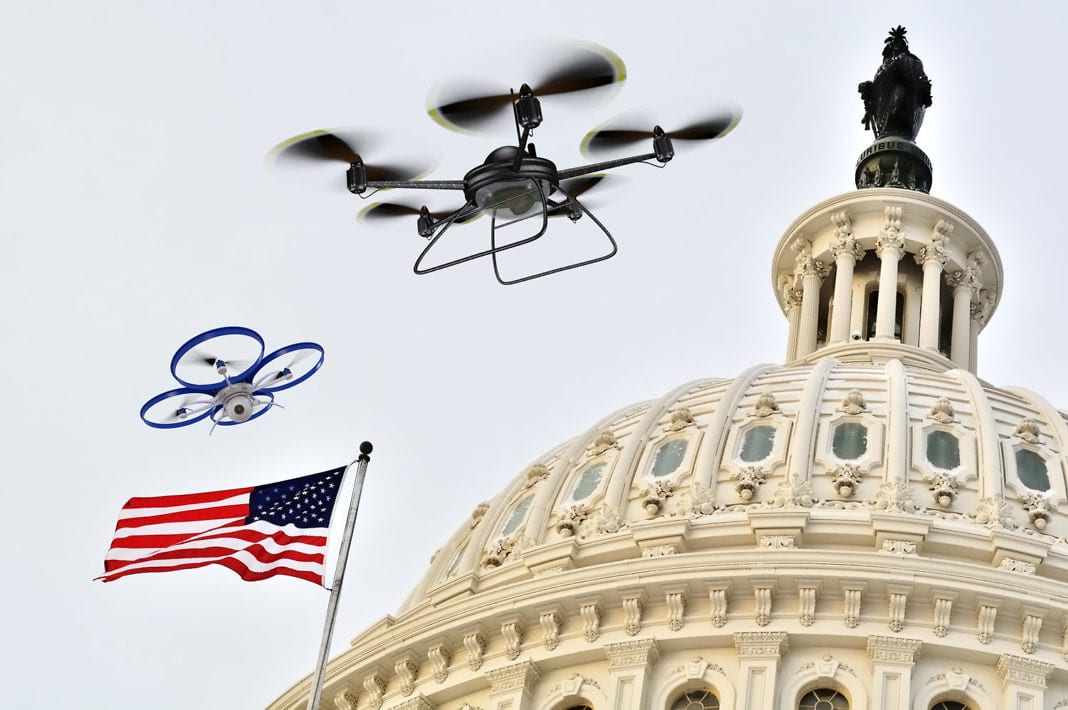 Following a major milestone for the domestic drone industry last week, industry insiders are expecting a big uptick in dollars invested in U.S. drone-tech companies just maybe not an immediate one.

As we previously reported, the U.S. Department of Transportation and the Federal Aviation Administration implemented Part 107, or Small Unmanned Aircraft Systems rules, bringing some eagerly awaited clarity to the industry.

The regulations dont allow for commercial use of drones at night, flying of drones over people or flying of drones beyond the visual line of sight. Companies still have to seek ad hoc exemptions from federal authorities to do these things for business purposes.

Depending on how quickly the DOT, FAA and other relevant offices can evaluate exemption requests and grant them, the Part 107 rule could actually slow the roll out of anything like drone delivery services, or pervasive use of drones for news gathering, surveillance or inspections in populated areas and at night.

Of course, Silicon Valley is operating at lightning speed and D.C. is operating at the pace of bureaucracy But its understandable in ways because the FAA, DOT and others need more information before they can draft regulations.

In this next cycle, she said, she wants to see drone tech and service providers step up and provide all the data they can to regulators, but also to the public, so that people can learn more about the potential benefits of drones.

Ellman believes that even the Part 107 rules as they stand today will help open the doors for more innovation and investments in the field, especially around drone-tech education and safety-related technologies.

Menlo Ventures Managing Director Venky Ganesan, an investor in Flirtey, the delivery drone-tech venture, and DeDrone, a maker of drone detection systems, agreed. With clarification about the rules of the game, investments flourish in any industry. Once people know what the rules are they can decide how to play it.

Ganesan expects investment in vertical, or industry-specialized drone-tech startups and drone services, to ramp up directly as a result of Part 107.

Nobody wakes up and says I want to use drones at work. They want to solve business problems and know whats going on around a farm or their pipelines. Drones can help them do that, but many will rely on service providers and specialists for this, the investor said.

Longer term, he expects a larger capital outlay to flow to drone-tech companies after regulators allow beyond the line of sight flying of drones, using autonomous flight, collision avoidance and other remote piloting systems.

Those who are not already evaluating drone-tech deals, Ganesan believes, may have seriously underestimated the long-term impact of the technology.

Subtraction Capital General Partner Paul Willard, who previously worked at Boeing as an aerodynamics engineer, said, Setting a high bar that companies know how to clear is the most important thing that regulators can do to ensure the U.S. is a leader in the drones industry.

Theres still need for a lot more clarity before U.S. markets are at the fore. But plenty of companies are getting funding now and off to the races, even if thats somewhere not in the U.S., Willard noted. Subtraction Capital is an investor in Zipline, which is launching a medical delivery drone service in Rwanda.

He also compared the drone-tech market to that for medical devices and pharmaceuticals.

Medical devices and new drugs are often launched and studied beyond the U.S. before the companies making them raise large venture or private equity rounds to come into compliance with strict U.S. regulations.

Several other startup founders and drone-tech investors have shared worries with TechCrunch that commercial drone regulation requiring tech companies to seek out variances could inadvertently benefit winners and create barriers to competition for others who do not get federal exemptions, or do not get them as quickly as others.

UJET, a startup that wants to speed up customer support, raises $25M led by...