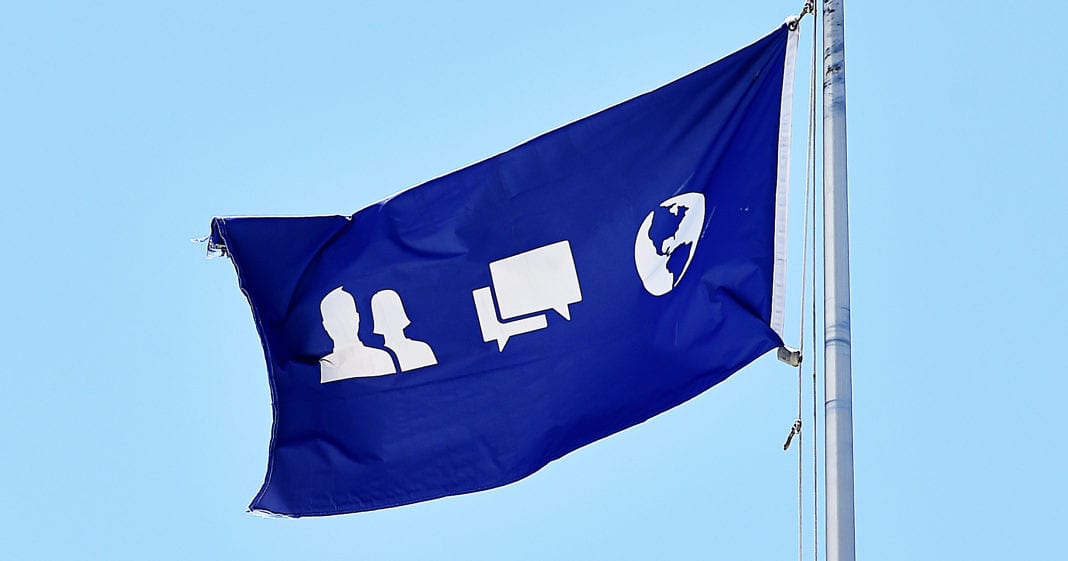 In case you fell asleep after Facebook’s IPO and are just waking up, there’s something you should know: Facebook gets mobile. It just does. The proof is in the numbers. Last week, the company dropped yet anotherinsanely successful quarterly earnings report,except this one was even more successful than usual.

Facebook pulled in more than $6 billionin revenue. It nearly tripled its profits. Itnow has more than 1.7 billion monthly active usersgreater than the population of China. That’s 15 percent more users than it had a year ago. And two-thirds of those users log onto Facebook every single day.

In all that greatness, one theme stuck out: mobile. On an average day in June, the company said, more than 1 billion people across the world accessed Facebook using a mobile device. Mobile ads generate 84 percent of the company’s ad revenue. Mobile is how Facebook works. And increasingly, Facebook is how the mobile Internet works.

On the earnings call with analysts, Facebook chief operation officer Sheryl Sandberg pitched the idea that with so much attention directed Facebook’s way, businessesshouldn’t bother withcoding their own websites. Instead, she said, they can just use Facebook to connect with potential customers on mobile devices (60 million USbusinesses are already on the platform, she said).

And not just Facebook: the company’s wildly successful portfolio of otherapps includes Instagram and its twin messaging giants, WhatsApp and Messenger. (Thetotal number of daily messages sent on these twoapps, according to CEO Mark Zuckerberg:60 billionthree times more than the peak of global SMS.) If you’re a business trying to reach potential customers on mobile devices, why would you need anything else?

As businesses embrace this argument, which they will if Facebook continues to command such an outsized audience, that doesn’t just help Facebook become more successful. Facebook killing it doesnt just mean Facebook makes boatloads of money. The more it succeeds, the more Facebook warps a universe of Internet content, industry norms, and consumer habits around itself. Facebook in effect becomes the mobile Internet.

During its earnings call, Facebook execs laid out their preferences for how video and video ads should work on Facebook. Facebook really wants to get more short videos on the site and has started working with publishers and video producers to get more of those made, Sandberg said. Meanwhile, Zuckerberg said Facebook would not consider showing ads before videos auto-playedon the site’s News Feed.

These may seem like just a few small decisions among the many Facebook makes all the time. The thing is, no decision Facebook makes is small. “Because Facebook has so much of a disproportionate audience and their time, theyre going to set the convention,” says Jason Goldberg, vice president of content practice at digital agency Razorfish. And as Goldberg points out, as long as Facebook dominates the mobile world, advertisers and ad agencies won’t spend the time or energy customizingadsfor any other platform that isn’t Facebook—simplybecause those ads wouldreach a smaller audience.

The more it succeeds, the more Facebook warps a universe of Internet content, industry norms, and consumer habits around itself.

But Facebook’s power to define the terms of mobile extend beyond video. Conventional wisdom has always held that mobile advertising is complicated.People use their phones while sitting on buses, standing in line for coffee, waiting for meals to arrive at a restaurant. All of those micro-moments offer advertisers the briefest of windows for grabbing potential customers’ attention. But that’s not easy: mobile consumers tend to be very distracted. They need a good reason to open one app over another. And the company that figures out how to make itself the app you tap first stands to make a lot of money monetizing those moments.

That app, it turns out, is Facebook, thanks to its ingenious lure: your friends and family.These days, according to one study, mobile users in the US and UK spend 80 percent of their time in just five apps. Surprise, surprise: Facebook is number one. And those users seem satisfied with what they’ve got: the average USsmartphone user these days downloads zero apps per month.

Despite that success, Facebook didn’t figure out how to make ads work in its mobile app right away. But as its crazy profits show, they’ve cracked it. Nowadays, when advertisers think about their mobile ad strategy, they don’t sit around scratching their heads about which app is best. They don’t, as in the early days of desktop web advertising, ditherabout the best size for a banner ad. They just advertise on Facebook. For anyone looking to advertise to mobile users today, a Facebook ad “is just an ad,” says eMarketer analyst Debra Williamson. And not just an ad a lot of people are likely to see, whether in Facebook itself or on Instagram. It’s an ad they feel more assured will reach the right potential customers, thanks to the wealth of personal information upon which Facebook has built its business.

With its outsized command of both audiences and advertising dollars on mobile, Facebook starts to look less like one more option and more like a de facto mobile version of the Internet. Not that it doesn’t face competition. As the maker of Android, the world’s most popular mobile operating system, Google too plays an outsized role in dictating how mobile works. But more and more, Facebook is what people are doing on mobile, regardless of the operating system they’re using to do it.

Yes,Facebook can be unseated. In fact, in other places in the world, Facebookisn’t the clear leader—China, for instance.In China, WeChata messaging app where you can connect with friends anddo everything from buying movie tickets to hailing a ridecommands people’s mobile allegiance. But Facebook doesn’t have to worry too much about being dethroned by messaging. It already owns the two most popular messaging apps in the world, WhatsApp and Messenger. Each has more than 1 billion users, and Facebook hasn’t started using either to make money. When it decides to try, Facebook will likely wind up defining how making money via messaging should work. All anyone else can do is fall in line.

Tumblr adds live video, but with a spin