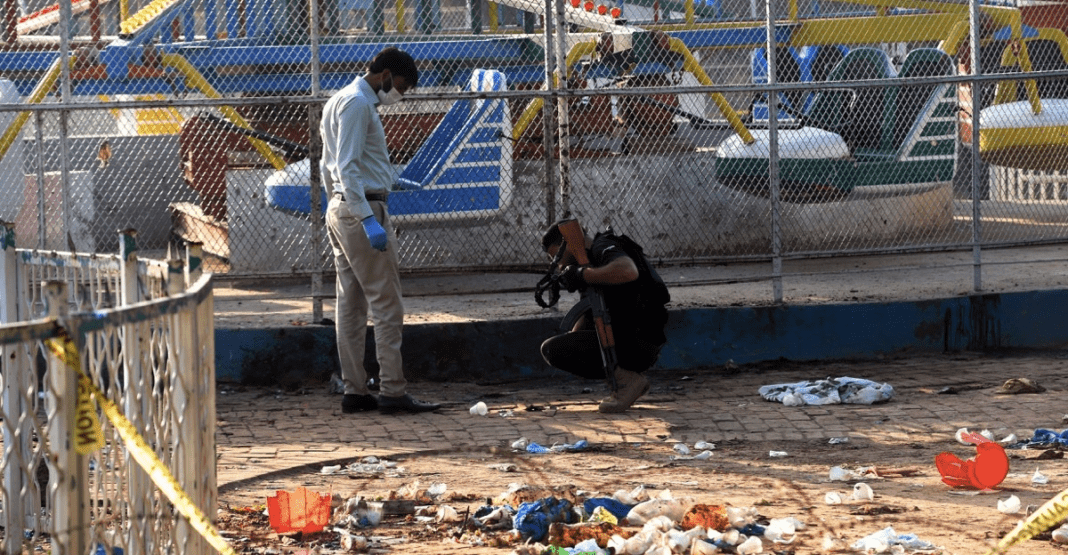 On Sunday, Facebook once again activated its “Safety Check” feature in response to the bombing in Lahore,Pakistan.

But this time, there was a glitch: The alert went to people all over the world, not just in Pakistan.

Like this one sent to Daily Dot socialeditor Aly Keves.

I appreciate your concern, Facebook, but I am no where near Pakistan. pic.twitter.com/TUVFtM1UwE

Or this one sent to New York Times White House correspondent Michael Shear.

Got this message from Facebook asking if I was ok. It seems to think I’m in Lahore, Pakistan. I’m in Annandale, Va. pic.twitter.com/IgpYMXoxu5

When Safety Check works well, it’s a pretty incredible tool for keeping in touch during a disaster.

It’s a feature that allows Facebook users who areneara natural disaster or terrorist attack to mark themselves assafe, which is visible to their friends and family. Since November’s attacks in Paris, this marks the sixth time the service had been used aftera terrorist attack (Paris, Nigeria, twice in Turkey,Brussels, and of course, Pakistan).

A demonstration of how Safety Check works. GIF from Facebook/Vimeo.

This time, alerting people halfway around the world was clearly a mistake. But there’s a surprising lesson we can learn from it.

Facebook has struggled withaccusations of “selective humanity” in the face of terrorist attacks. Many have asked why the option to change your profile pictureto French and Belgian flags was created after those countries suffered attacksbut no such option wasavailable for Turkey or Pakistan and it’s a fair question.

Why do those of us in the Western world so often ignore atrocities when the victims don’t closely resemble us?

Even when it comes to Safety Check, Facebook’s been under a lot of criticism for activating it in places like Parisbut not for the Beirut attacks that happened just before.

And this isn’t just Facebook’s problem.It’s a media problem. When it comes to how themedia covers terrorist attacks, we havea tendency to cover events that either have a high likelihood of American victims or are geographically closer to us. In other words, sometimes we don’t get the full story. Here’s how Facebook’s errant notifications may have helped.

Those of us who received the alert (but weren’t near the attack) were more aware, more curious, and more tuned in to this tragedy.

That one random glitchprompted media outlets that may have ignored the storyto devote more time and attention to the tragic bombing that killed at least 69 people and left hundreds injured.Outlets like Forbes, Fox News, CNET, Washington Post, and CBS all devoted standalone stories to the Safety Check glitch.

But knowing about a tragedy is one thing.Doing something about it is another.

The space between knowing and acting has been called “the compassion gap,” and it appears to be shrinking.

The outpouring of support after the attackhas actually been similar to that of Brussels or Paris, frombuildings displayinglight-up Pakistani flagstoa slew of tweets,trending hashtags, and Facebook posts.

Terrible situation .. I was there only a month ago and had an amazing time with beautiful people #PrayForPakistan pic.twitter.com/BurzabflOs

What’s left for us is to figure out what we can do to close the “compassion gap” further.

Is it possible that an accidental Facebook notification made America care about a terrorist attack on the other side of the globe more than it usually does? (Or maybe it was just the death toll that caught our eye, or theapparent targeting of Christians on Easter.)

Whatever our reasons, people seem to be mourning the Lahore attack witha similar level of empathy towhich wemourned Paris and Brussels.

And more compassionfor the victims ofterroristattacksisa good thing even when it happens by accident.

How algorithms are pushing the tech giants into the danger zone