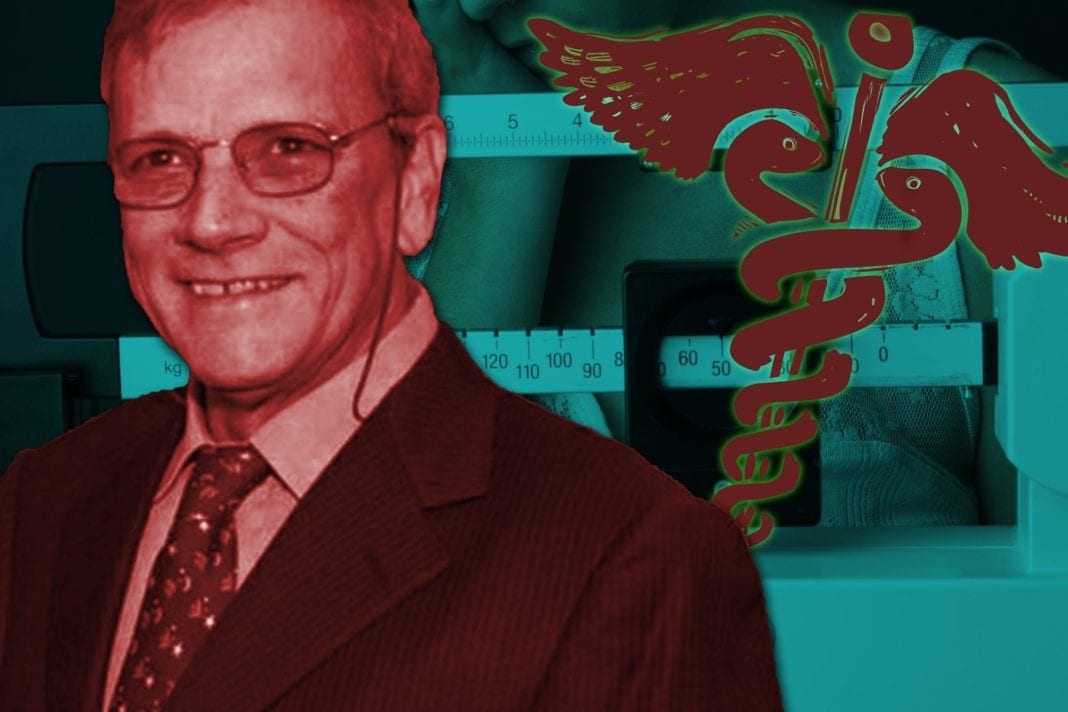 The self-proclaimed gurus lured patients with an eating-disorder helpline, then exploited and abused them at their most vulnerable state, Italy’s high court says.”>

ROME There should be a special place in hell for people like Piero Billari, Isaac George, and especially Waldo Bernasconi. The three have been convicted by Italys highest court and sentenced to prison for sexually abusing and raping young women who were under their care at anorexia-treatment facilities they ran in Italy and Switzerland.

On Wednesday, Italys high court issued its reasoning for upholding sentences ranging from four to nearly seven years for professional malpractice, rape, and sexual assault of vulnerable patients. Bernasconi, 71, the creator of a psycho-physical protocol for treating eating disorders, was sentenced to six years and six months in prison for professional malpractice and aggravated sexual assault. His whereabouts are unknown.

George, 59, is a Nigerian actor who starred in Italian B movies and worked as a creative therapist for Bernasconis eating-disorder clinics. He was sentenced to four years and six months for multiple instances of rape. He is believed to be in Nigeria.

Billari, age 62, who ran a helpline that essentially recruited victims for Bernasconi, was hit with four years and six months for posing as a psychologist as well as charges of sexual assault and rape. He is in prison after turning himself in and partially confessing to the crimes.

The hideous scheme was brought to light in 2009 when a 22-year-old woman, who had been under treatment at the Sana Vita clinic (or Healthy Life) in Lugano, Switzerland, hanged herself from a bridge when she returned home to Italy. Her extensive diaries painted a picture of despicable exploitation of patients that was later corroborated by interviews with more than 400 people contacted by Mariano Fadda, the lead prosecutor in the case.

According to court documents, the patients were referred to in the diaries as pure bred mares and subjected to bestiality images of women with horses. Part of the treatment included patients dressing in sheer clothing as part of wardrobe therapy and playing games of seduction and submission to various doctors they were partnered with. The woman who wrote the diary has not been named in court documents to protect her familys privacy. She wrote that she and other patients were told that sexual activity is appropriate treatment to overcome inhibitions related to eating disorders and body-image issues.

The clinics operated in Como, Italy, and Lugano and did not employ trained nutritionists or medical doctors, according to the judges reasoning for the ruling.

I feel so angry, I can hardly talk about it, said a patient identified as Linda, a key witness who testified during the years of hearings. She described seeing Bernasconi being interviewed on TV about his supposedly highly successful anorexic centers. When I saw Bernasconi on the news, I thought I was going to faint.

In 2004, Linda had a severe case of anorexia nervosa and tried to commit suicide after she realized she gained around two pounds. Her desperate mother intervened and took her to Bernasconis clinic after calling his helpline for consultation. The family paid 60,000 for the six-month intensive treatment. When she left the program early because of the sexual abuse, there was no refundand her parents were told she had psychological problems and should not be believed no matter what she told them.

Her parents took out a loan for the treatment after someone on the helpline guilted them, telling them, If she had a brain tumor, you would find the money. According to court documents, they guaranteed Linda would be cured. This is not a wound that can be healed, but something that must be managed and controlled.

Hundreds of women who were treated at the clinic said they were enticed to have sex with Bernasconi, Billari, and George, according to the high courts final reasoning.

An integral part of the scam was the hotline run by Billari, according to court documents. He presented himself as a psychologist, which he was not, and first screened young women by phone to ascertain their level of vulnerability, prosecutors said. Linda told the court that during in-house treatment in the Como facility, which was essentially the back rooms of a northern Italy nursing home, she called him on the helpline. Then he started calling her back, day and night. She told the court that talking to him made her feel better because I had found someone who understood me who I trusted.

But the manipulation didnt stop on the phone. When he came to visit us in hospice, he called me into his office for a private interview and told me explicitly that, once cured, I could have an affair with him, Linda told the court. I felt happy. I was 16 years old. I responded to his proposal with happiness. I felt alone in the world and hated, and his proposal made me happy.

Some of the women had different fees for their bogus treatment. One paid 1,500 a week for three weeks. When she started sleeping with Bernasconi, he waived the fee for the rest of her treatment, according to the judges.

The girls were in the equivalent of solitary confinement. They could not have cellphones and were not allowed to contact their parents or outside friends during treatment. They could only use the house phones to call the helpline.

Linda also testified in court that Isaac George, the Nigerian actor, taught a theater program and offered to adopt her so that she could live with him and his Bulgarian wife, which she realized later was a ploy to get her to essentially double-date with Bernasconi. But at the time, she was so vulnerable and unwell, she didnt see the lies. I felt safe and calm with them because I had my own family conflict and Isaac and the others seemed to understand me and my problems perfectly.

She recalled once when she was in a care center in Como, she was forced to go to the centers clinic in Lugano with George and his wife, who she suspected was another patient at the clinic. The facility there was Bernasconis private villa and nothing like the Como set-up.

We took drugs and had sex, she said. The girls there were all under the influence of heavy drugs. They were all wide-eyed and stumbling. They were thin and looked like models in sheer designer clothes. The villa was full of mirrors. I thought it was positive because if the girls who do not like their bodies are able to live 24 hours a day surrounded by mirrors, it means the therapy worked.

But then I noticed the pictures of the naked girls hung everywhere, she said, according to court documents. Their explanation was that these photos were part of the therapy. Thats when I said to myself: Run. This is a cult headed by Bernasconi.

Linda eventually left and sought treatment at a private facility in Florence. She said the girls in the Bernasconi clinic were never made to eat, and not even monitored when it came to their dietary requirements or their weight.

They could have killed even more of us, she said. Im lucky I survived at all.

Italys minister of justice will now have to decide whether to seek extradition for Bernasconi and George. Billari will complete his sentence within a year.

Facebook Stories puts a Snapchat clone above the News Feed