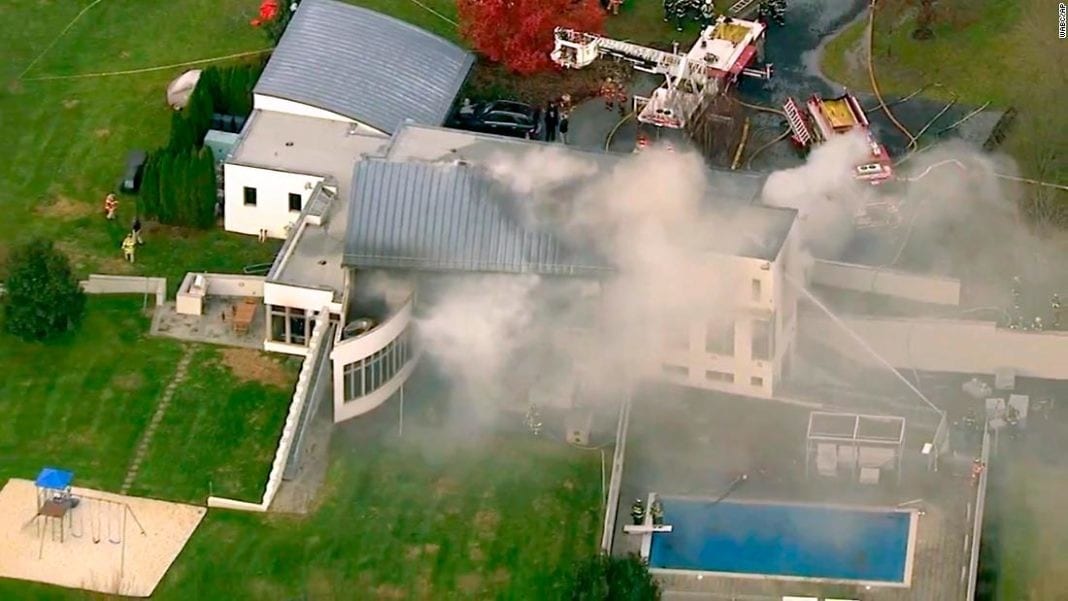 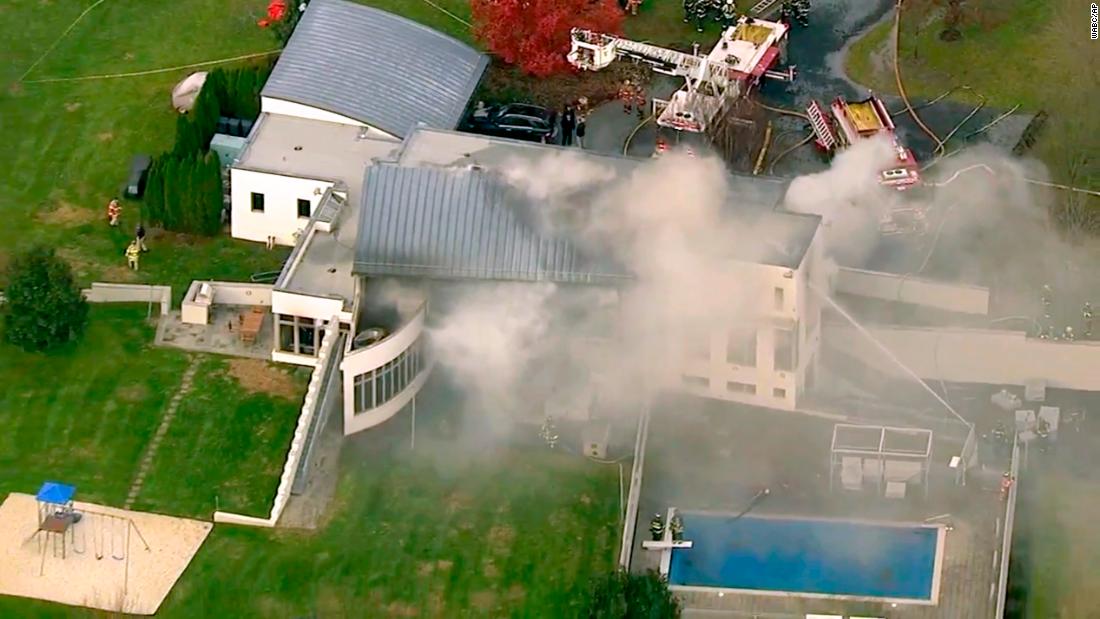 (CNN)There was more than a brotherly bond between Paul and Keith Caneiro. They shared a business, vacationed together and settled about 11 miles from each other in the suburbs of New Jersey.

Paul Caneiro, 51, is accused of killing his younger brother, his sister-in-law and their children in their modern Colts Neck Township mansion in the early morning darkness on November 20 and then setting their home on fire — an attempt, authorities say, to cover up the crimes.
He then allegedly set his own home on fire — with his wife and daughters inside — to try to make it look as if the whole family was being targeted. His family got out of the home safely, officials said. 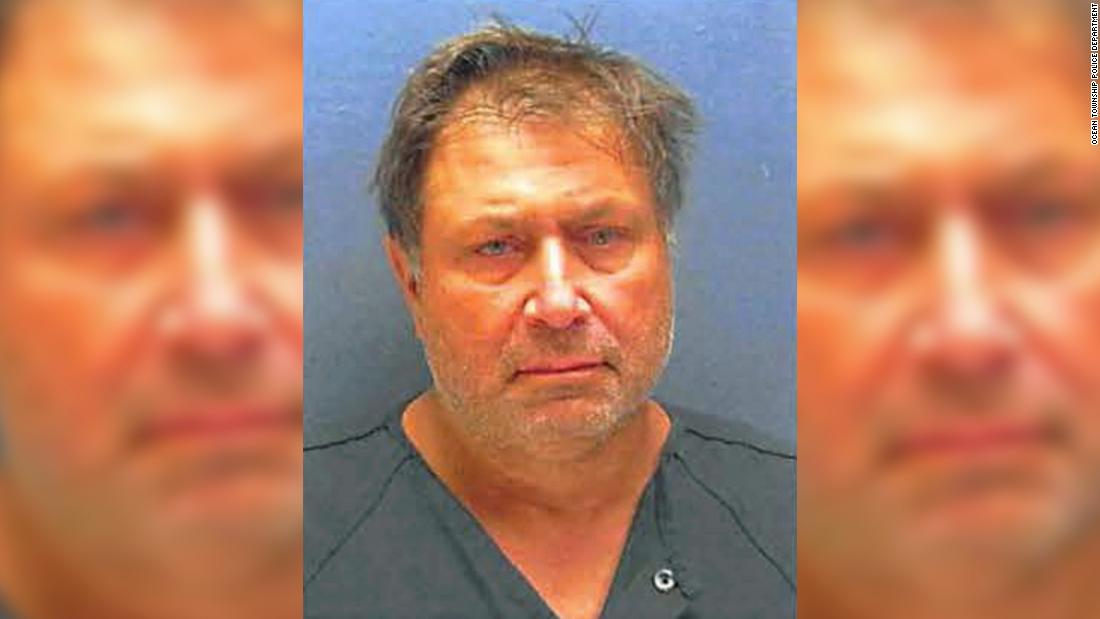 The slayings have shocked the community and several twists in the case have rattled law enforcement. In just a few days, the odd coincidence — two fires on the same day in the homes of two brothers — revealed what prosecutors said was one of the most brutal crimes they’d ever seen.
Friends and relatives will give Keith Caneiro and his family a final farewell on Sunday, as Paul Caneiro, who maintains his innocence, sits in a Monmouth County jail, awaiting trial.

Family of four was killed before sunrise

Sometime between midnight and 5 a.m., authorities said, Paul Caneiro was walking around his brother’s $1.5 million Colts Neck home armed with a knife and a gun.
The brothers had been in front of the white mansion when a deadly confrontation unfolded. Paul fired multiple shots, striking Keith, officials say.
It’s unclear if they exchanged words or had a fight, but the sound of the gunshots apparently went unnoticed in this upscale town of about 10,000 people around 50 miles south of New York.
Paul then walked inside the home and found Keith’s wife, Jennifer. He shot and stabbed her and also stabbed their children, Jesse, 11, and Sophia, 8, Monmouth County Prosecutor Christopher Gramiccioni said.
He then took some documents and set a fire in the basement, officials said.

Suspect set his own home on fire

When Paul left his brother’s house that morning, he went to his home in Ocean Township, still under the cover of darkness. He poured gasoline outside his two-story home while his family slept inside and ignited it, a criminal complaint alleges.
By 5 a.m., firefighters and police were on their way to Paul’s home. Someone had called 911, saying they’d seen smoke. 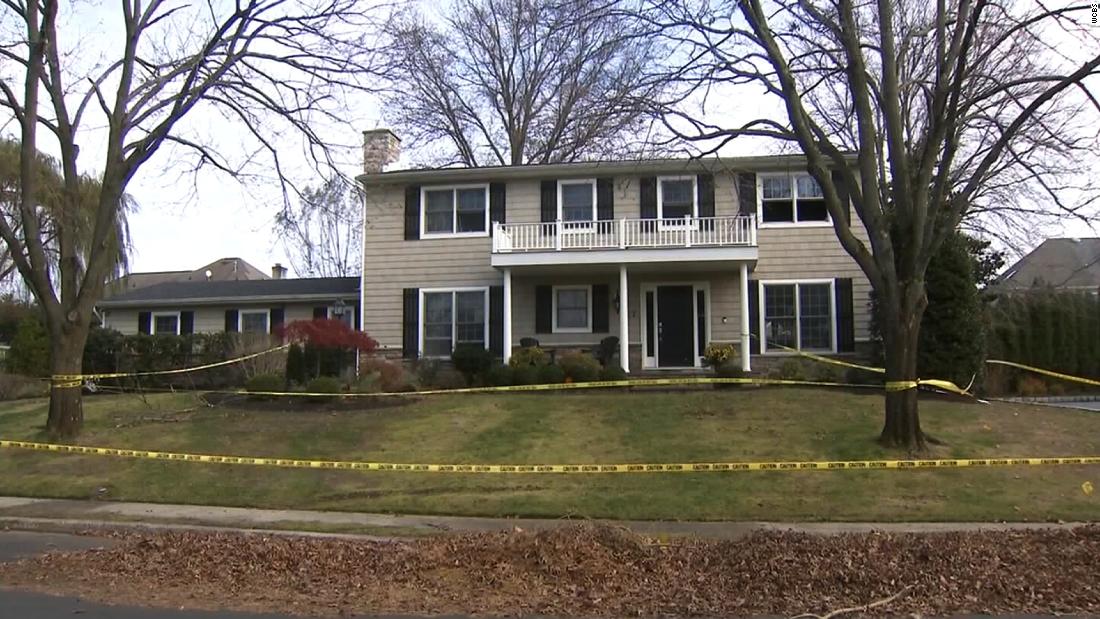 When first responders arrived, Paul, his wife and their daughters were already outside. They were unharmed.
A fire was burning behind the residence and a smaller fire was located near the garage door.
Paul Caneiro put his family in danger, Gramiccioni said, when he tried to destroy the evidence he brought with him from his brother’s home and tried to make it seem like both families were being targeted.
Paul’s attorney, Robert A. Honecker, said Paul helped his family evacuate after a fire broke out at their home and waited with them until police and firefighters arrived.
Hours later, the family went to the town’s police headquarters, where all of them were questioned. Paul would remain there for the next 12 hours until he was arrested around midnight.

Killings were hidden by flames

Back at the Colts Neck mansion, a fire was growing hotter and hotter, scorching the rooms of the more than 5,700-square-foot home.
It was a normal day on quiet Willow Brook Road, where Keith’s mansion stood out from the others because of its modern architecture. As the sun rose, children took off on buses for the last full day of classes before Thanksgiving, and adults began commuting to work.
Just after 12:30 p.m., more than six hours after the fire at Paul Caneiro’s home, dozens of firefighters responded to the 1-acre property. A neighbor’s groundskeeper had smelled smoke coming from the home and his boss called 911, the Asbury Park Press reported. 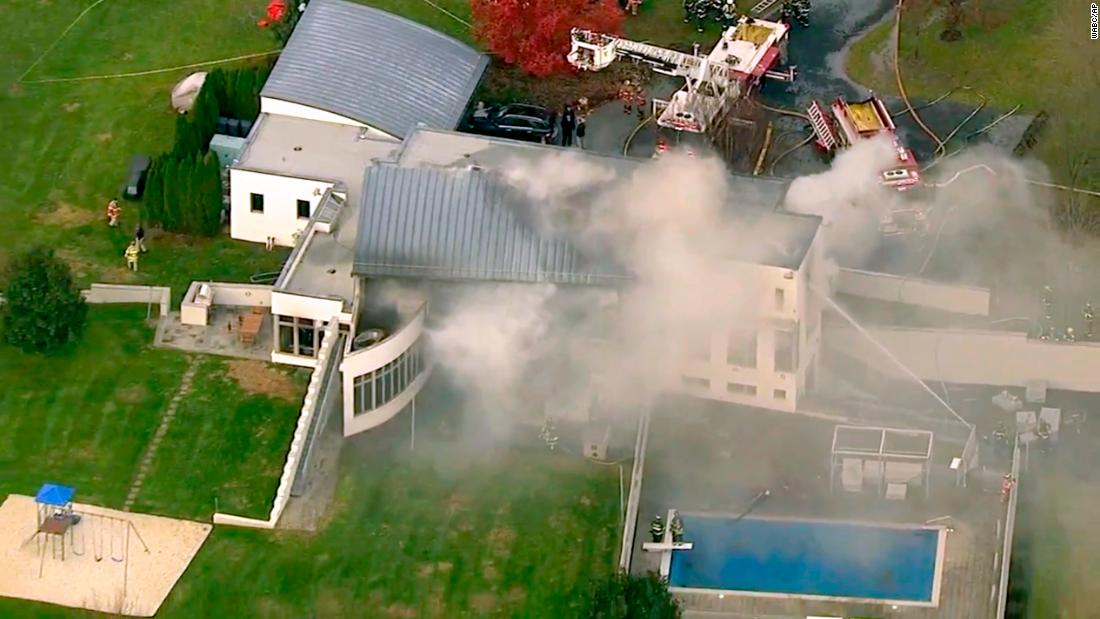 When firefighters arrived, they made a gruesome discovery. Keith was dead in front of the home, while the bodies of the rest of the family were severely burned inside.
Plumes of smoke poured out of the home as fire crews saturated the structure and the lawn around it. They wouldn’t put down the fire until about a day later, and they wouldn’t let investigators inside, fearing — among other safety concerns — that the roof could cave in.
Within hours, investigators announced the family had been targeted and were victims of homicide.
Paul Caneiro sat in jail, accused of setting his own home on fire. And suspicions were increasing that he was involved in the deaths of his brother and his family.
More than a week later, Paul was accused of the killings. He now faces four counts of murder, two counts of aggravated arson and two firearm violations, records show.
If convicted, he could be sentenced to life in prison.
Prosecutors have said he acted alone and have no reason to believe that organized crime was involved.

The troubles between the Caneiro brothers may have involved money.
They worked together for three decades, after Keith founded a technology consulting company and brought Paul on as his first employee.
The company appeared to be very successful, adding Wall Street names such as Citigroup and JPMorgan Chase to their clients list through the years. 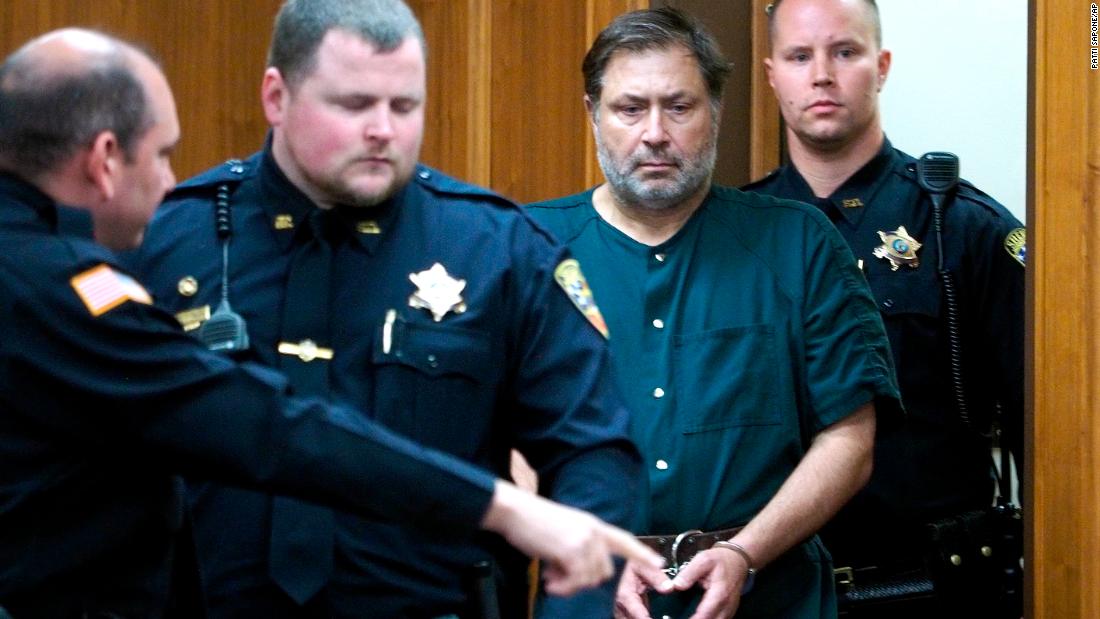 “By the time the internet bubble was about to burst in 2001, their technology business had grown to $4.5 million in annual sales and 26 employees,” the Asbury Park Press newspaper reported.
Another sign of their partnership was the company’s name, Jay-Martin Consulting, which combined the brothers’ middle names. Later, they would rename the firm Square One.
Before the killings, the Caneiros had been operating the tech firm alongside a pest control company out of a brick building on a main road in Asbury Park, according to the city’s public records.
The motive in the killings was financial, prosecutors say, and stemmed from the brothers’ joint business ventures. Authorities have not discussed any more details about the motive but have said investigators have launched an investigation into the Caneiro’s business dealings.
Paul Caneiro’s attorneys, Robert Honecker and Mitchell Ansell, said their client was wrongfully accused and that he “had absolutely nothing to do with these horrific crimes.”
“Paul’s family means more to him than anything else in the world,” they said in a statement.
“There is absolutely no reason in the world for Paul Caneiro to have committed the crimes he is alleged to have committed. He would never hurt any member of his family. The process today can begin for a search for the truth and who committed these horrendous acts.”
The brothers not only worked together, the attorneys said, they considered themselves best friends and were each other’s best man at their weddings.

A loving family led by a tech businessman

Candles, photos and flowers have slowly filled the steps of the Colts Neck Town Hall to mourn a loving family who enjoyed traveling to Greece and exercising together.
Keith wanted to keep developing his career and had just earned amaster’s degree in technology management from Columbia University in New York.
In his thesis, he focused on technology that could “solve world hunger by matching excess foods with hungry people,” he wrote in his LinkedIn profile. 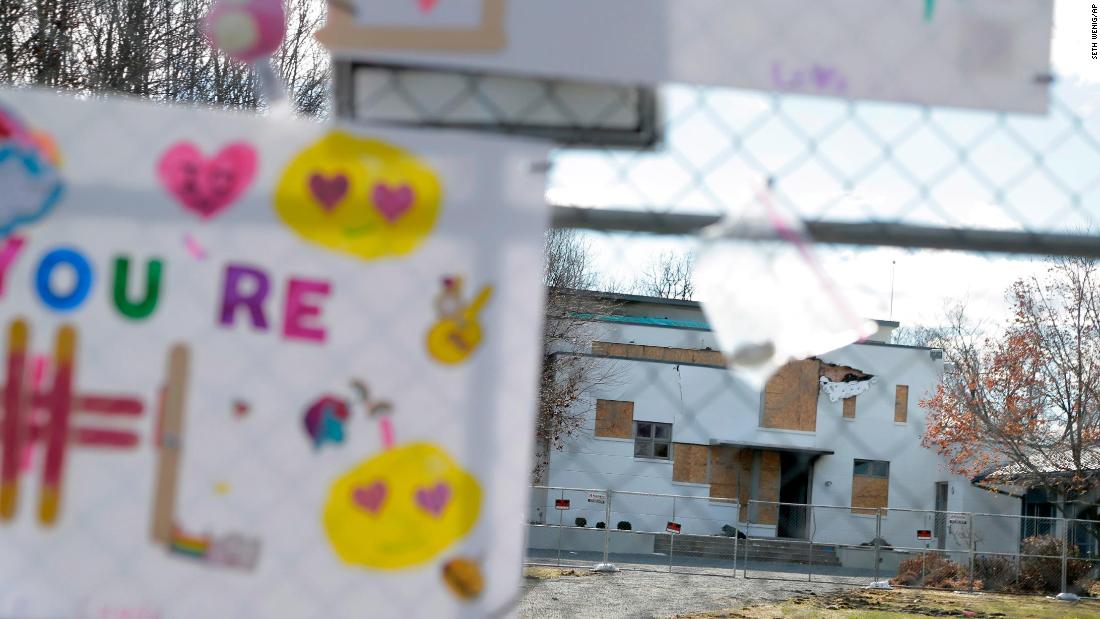 He was committed to exercising and was a regular at a local gym, according to his obituary. His trainer, Brian Bott, wrote on Facebook that Keith, who was initially introverted, made jokes, took over the radio and overall made other people felt like they belonged there.
“If you trained in the morning here you knew Keith. He had that way about him. Keith was an ‘idea’ guy and I think it’s why him and I got along so well,” Bott wrote. “We’d talk about business, music, movies, or anything really, but I sincerely enjoyed my conversations with him and the way they would challenge me intellectually.”
A video posted on the gym’s Facebook page shows Caneiro doing push-ups while his young daughter helps out, providing a little extra weight on his back.
Keith was also an avid reader, reading multiple books in a week, and loved sports.
Like her husband, Jennifer Caneiro enjoyed exercising, going to the beach and traveling with the family to their home in Greece, her obituary says. 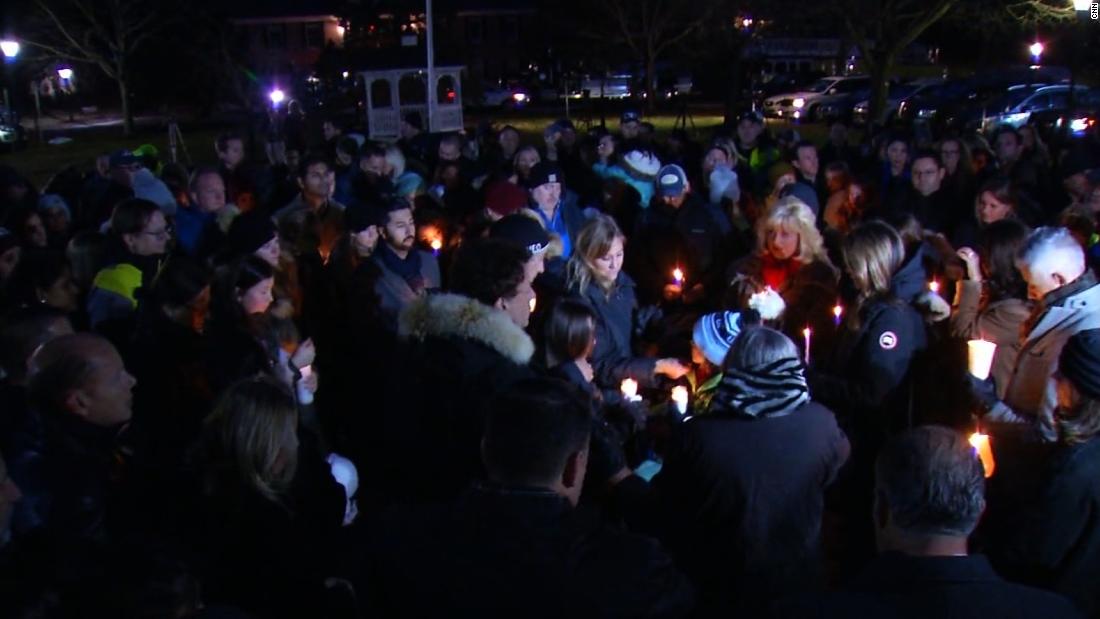 She was a graduate of the University of Albany and a member of the parent-teacher organization at her children’s school. She enjoyed hosting family parties “for every holiday at her home.”
The couple’s daughter, Sophia, was a third-grader and a Girl Scout who loved Ninja classes. She enjoyed baking cookies, ice skating, gymnastics and the New York Yankees.
“Sophia was a vibrant, enthusiastic and precocious girl, who enjoyed the arts. Her positive energy was contagious,” according to her obituary.
Son Jesse was a fifth-grader with an impressive knowledge of world events. He knew everything about the two World Wars and could engage anyone in conversations about current world events. He loved to play the blockbuster video game “Fortnite,” and build Lego structures, his obituary says.
More than a week after the family was found dead, their home was boarded up and children’s drawings with smiley faces and rainbows hung on a wire fence placed outside.
“Forever in our hearts,” a child wrote in a tribute for them.

5 Crappy Milestones Way More Important Than The Good Ones