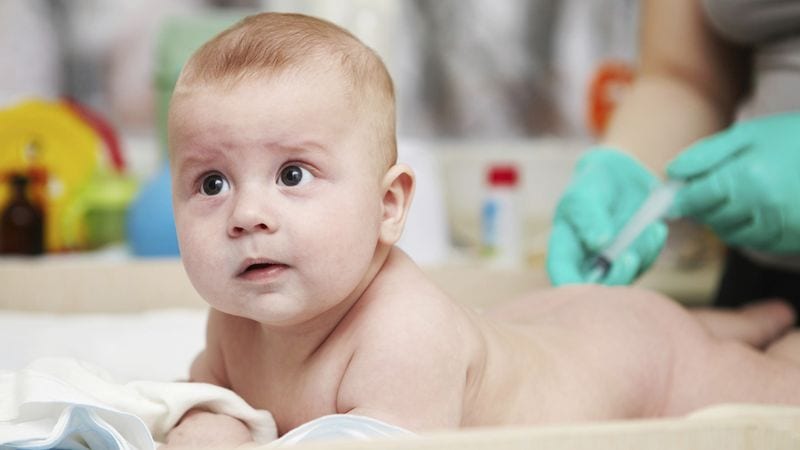 Like all new mothers, I want to make sure that my baby is safe and healthy, so when my doctor told me about procedural vaccinations, it seemed like a no-brainer. Later that same day, a much louder person on TV shouted that I should not vaccinate my baby. With all of these opinions of differing volumes, what are parents supposed to do?

You see, this shrieking TV woman began by saying that she is not a doctor or medical professional of any kind, which already had me skeptical about whatever she was going to shout next. But then she delivered her position on why parents shouldn’t vaccinate their children in a much louder voice than my doctor’s, and it put some serious doubts in my mind. Would someone less sure of herself be able to be quite so loud? It seems unlikely.

All of my friends, family, and coworkers agreed that vaccination was a good idea. Even I had always believed vaccination was a basic way to ensure that my child would live a healthy life. But when you bring in the thoughts of a different, louder voice on TV, it really makes you wonder what is right for your child. On one hand, you have nearly the entirety of the medical community. On the other, you have a person with no medical background speaking with a thundering volume. Who’s right and who’s wrong here?

On one hand, you have nearly the entirety of the medical community. On the other, you have a person with no medical background speaking with a thundering volume.

At my one-month checkup, I told my doctor that I’d heard there is a link between vaccination and autism. He responded that this is 100 percent false and has been disproven numerous times. But it’s almost as if he seemed to not care at all how loud he was saying it. I told him a woman on TV had shouted her opinion at me, but he repeatedly insisted that it was a baseless claim.

Still, the woman on TV was far louder.

Ultimately, there are so many different places to get information from today, especially on vaccinations. It is often hard to tell what is loudest and what is just noise. I’ve decided to not vaccinate my children, at least until a louder voice comes around. I’m all ears.

9 To-Do’s for a Smooth-Running Home in March