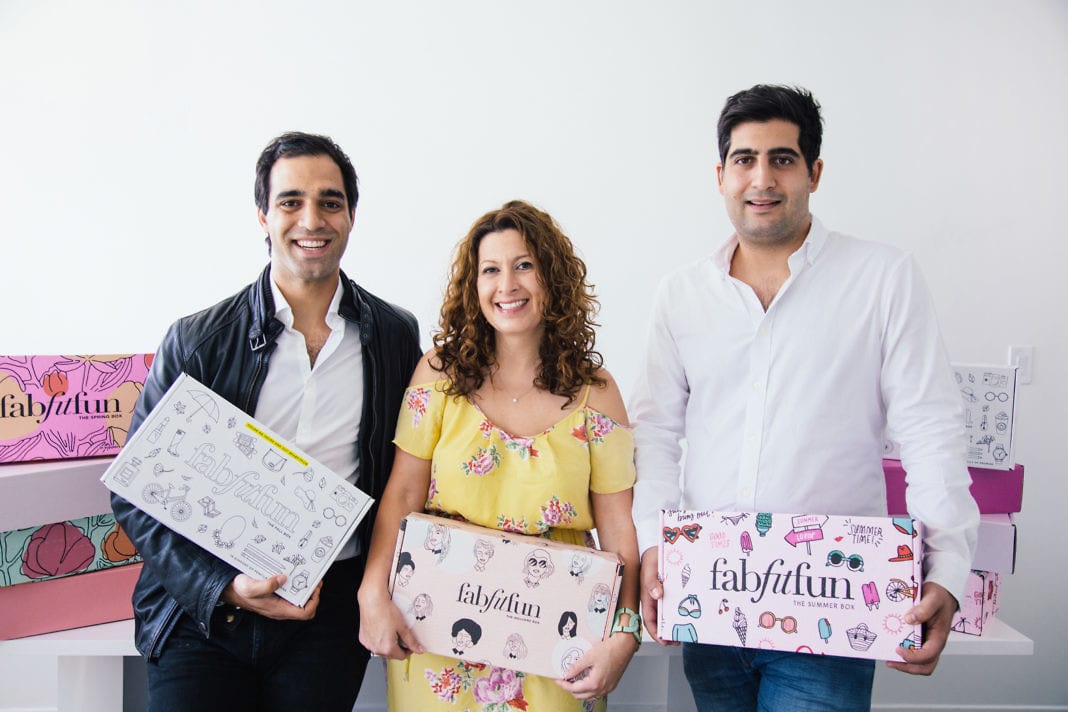 FabFitFun, the women’s lifestyle subscription service and media company that’s become a household name among influencers of a certain generation, is expanding its empire with the launch of a new video app for Apple TV and Amazon Fire.

The Los Angeles company founded by Daniel and Michael Broukhim has become one of the darlings of the tech scene in Southern California by virtue of its success in the subscription box business and its reach with the instafamous (cf. the company was recently name-dropped in a New Yorker article; a couple caught canoodling at its latest event made headlines in Page Six; and it created a bespoke box for MTV’s Video Music Awards).

A common (somewhat envious) refrain among startup founders in LA is: “The Broukhims are printing money.”

While the brothers Broukhim are mum about the revenue from their retail business, the reach is undeniable, and video is a key component for growth, according to co-founder and co-chief executive Daniel Broukhim.

It’s also a return to the company’s media roots as an online magazine in 2010. “Brands would send us products for editorial review and provide us with VIP gift bags at media events,” Daniel told us back when the company raised its first (and only) outside cash in 2015. “Nobody was replicating that experience — of getting to try all these amazing products — for public consumption. We thought we could deliver that experience for our audience.”

Now the Broukhims (and co-founder Katie Rosen Kitchens — the company’s editor-in-chief) are following the rest of the media industry with a “pivot to video.” But unlike other properties, they’re bolstered by a subscription retail business that’s generating significant revenues (I’ve heard well north of $100 million) and a website that reaches more than 3 million visitors per month.

“We are able to marry content, commerce and community in ways that [subscribers] can’t get anywhere else,” Broukhim told me.

The evolution of FabFitFun in some ways mirrors the symbiotic evolution of content and commerce online. Influencers, who are integral to how the company markets itself and creates its content, are also now their own brands, much as FabFitFun went from a media property to a retail channel — and also a brand of its own with its own lines of makeup (ISH — in partnership with Joey Maalouf) and clothing and accessories (Summer & Rose).

The TV app is yet another way to leverage the work the company does across multiple channels with influencers. The boxes inform the videos, which have lived on the company’s website since March. It also complements the company’s iPhone app, which launched earlier this year with an augmented reality experience built around FabFitFun’s subscription boxes.

The new app will put the company’s videos on Apple TV and Amazon Fire, significantly expanding the footprint beyond its current 400,000 video viewership.

Most of the content on the app is exclusive to members, but during January a selection of cooking and fitness tips and tricks will be available for free.

Chefs Silvia Baldini, winner of Food Network’s “Chopped” series, and Pamela Salzman, an LA-based cookbook writer, will offer lessons from the kitchen while new fitness videos will be made available daily on the app and through Facebook Live workouts with popular influencers.

The company also is incorporating its own products into the video content with Burn 60, which uses the FabFitFunTV fitness ball (coming in the company’s next subscription box).

To help helm this new content voyage, FabFitFun has enlisted Carter Baldwin as the company’s new vice president of content. On the job since August, Baldwin was the former head of his own video shop that worked with brands like JustFab before going in-house at Ipsy to help Michelle Phan grow her beauty empire.

At FabFitFun, Baldwin will help manage the company’s content creation from the new video production studio space it just set up in its offices.

“Content is part of FabFitFun’s DNA,” said Baldwin in statement. “We’re excited to build on the momentum of our FabFitFunTV launch earlier this year with the opening of FabFitFun Studios at our newly-expanded headquarters. We expect the space to be a hub for collaboration with our influencer and brand partners to create original content exclusively for our community.”

New studio space and an app for over the top video distribution are just laying the groundwork for what looks to be a busy year for FabFitFun. According to Daniel Broukhim, there are plans in place for a men’s membership box “down the road” and the company will continue to roll out more brands with its growing stable of influencers.

“We think the opportunity is to keep launching brands like ISH with influencers as part of our platform,” Broukhim said. “The reason we launched the contour kit is because Joey wanted to do it and our customers wanted it.”

Oreo Will Pay You A Crazy Amount Of Cash To Make A New Flavor,...

The Royals Hosted A Tea Party For The Most Heartwarming Reason