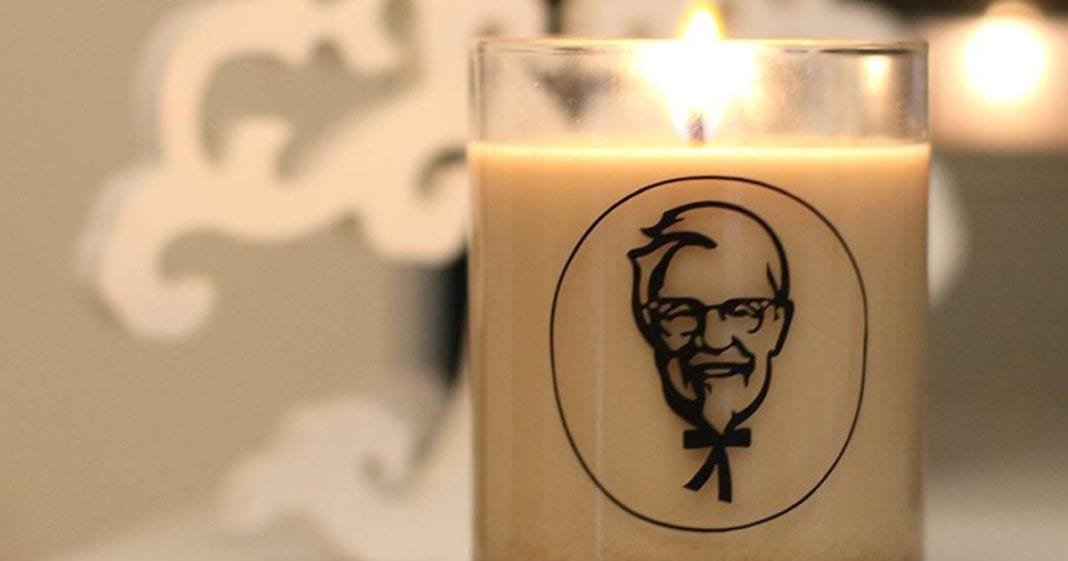 That’s the reality one lucky New Zealand resident enjoys now, thanks to a limited-edition candle released by KFC.

#KFC released a scented candle.
My life is complete. pic.twitter.com/eR53i4YqSY

SEE ALSO: Getting paid $500 to review some fried chicken is a pretty tasty offer

Lucky Kiwis were able to enter the contest on Twitter, Facebook or Instagram by following KFC New Zealand’s profiles and suggesting merchandise the company should make. There were reportedly more than 15,000 total comments and suggestions on the social media posts.

The company is still running social media contests for other prizes like hats and artwork, which are unfortunately not scented.

Interestingly, this is not the first time KFC has entered the candle world. In 2015, giftware company Kentucky for Kentucky released a Double Down sandwich scented candle. It seems the world can’t get enough of that finger-lickin’ fried chicken scent.

12 Houses That Took Halloween Decorating To The Next Level