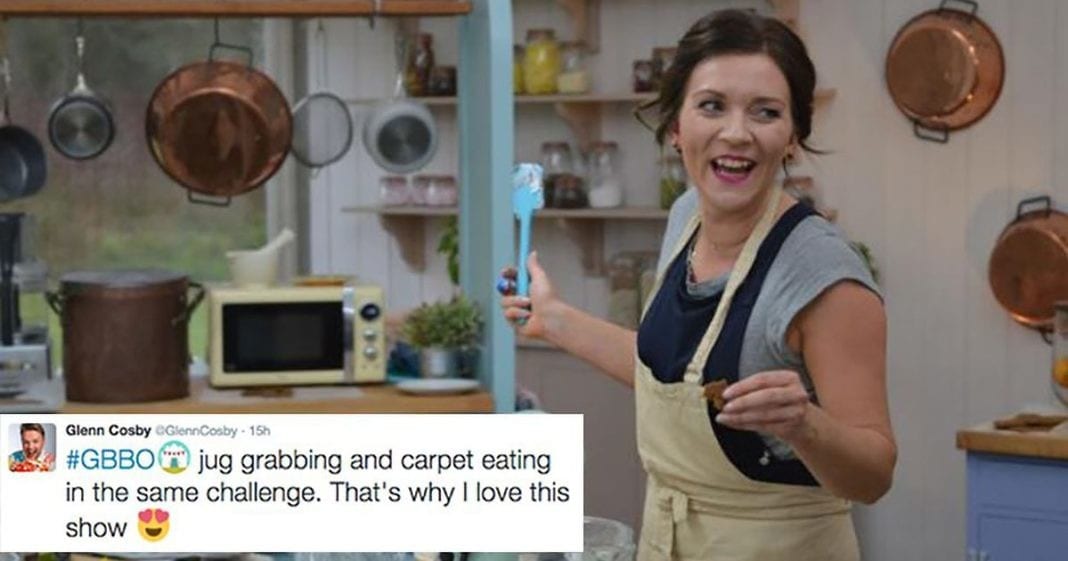 LONDON Who knew that gingerbread houses could be so, erm, naughty?

Great British Bake Off is well known for triggering severe national sugar cravings. And also for its spectacular innuendo. This week’s Biscuit episode did not disappoint: it was chockfull of sugar, spice, and some fantastically smutty references.

There was Selasi and his cream:

For those who have asked, here is Selasi piping out his cream. #GBBO pic.twitter.com/E2dNh4dqqe

Hello @BBCOne can we just have a show of Selasi piping icing for an hour. Sincerely, everyone. #GBBO

Mel offered up her warm hands:

Do you need a pair of warm hands? Either on your bag or on you?#GBBO pic.twitter.com/NFdv9BeZfD

“A pair of warm hands on your bag. Why is it so stiff?” TOO MUCH!! #GBBO #GBBOinnuendo

Paul made a sneaky comment about a gingerbread sister:

Paul Hollywood: “And your sister tastes lovely” -and with that an entire nation titters madly in unison. #gbbo

Mary wanted to try some carpet:

YES I EAT CARPET. WHAT OF IT? #GBBO

And Candice just needed some help with her jugs:

‘Can you grab my jugs please?’ NOT EVEN HIDING IT ANY MORE #GBBO

Bet Paul would love to grab your jugs hun #GBBO

Can you come a grab my jugs please! The best #BakeoffInnuendo yet #GBBO

GBBO, you are deliciously filthy.

Truffles and Toffee Crisps: cooks on the ‘good’ food they hate – and the...