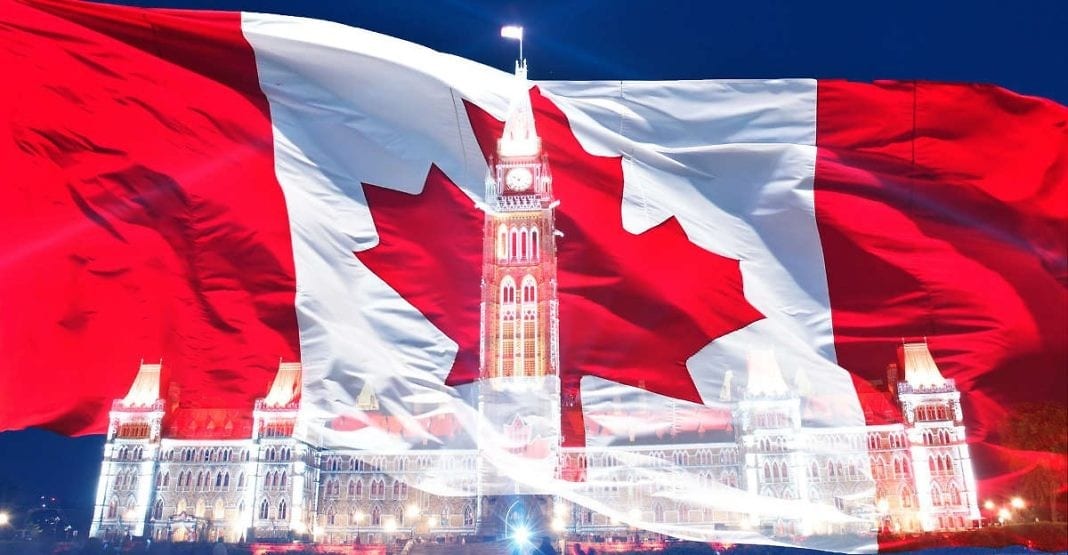 Your arm is still here. And your left foot.

Donald Trump is going to be president for the next four years. But you’re still here. And that’s what matters.

If you’re a progressive, non-white, a woman, a moderate Republican, or simply a fan of tasteful interior decorating, you’re probably asking yourself, “What now?”

For some, the answer has been obvious for months:

It’s hard to deny that the situation north of the border is looking pretty good right about now. Tolerance and pluralism. Universal health care. A head of government who looks good with his shirt off. It’s tempting to empty the bank account, put a down payment on a cozy two-bedroom cabin in Meat Cove, and wait till this all blows over.

It’s the easy answer. But it’s the wrong answer.

Of course, if you’re Muslim or Mexican or black or LGBT or a member of any one of the 57 bazillion groups Trump has singled out for scorn over the course of his life and campaign this shit is scary, and I don’t blame you for hightailing it out of here if you so choose.

If, however, you like me have the privilege of being among the paler, maler slice of the electorate likely to remain first class citizens under President Trump, put down that suitcase. Stop googling mph-to-kph conversion tables. Unstudy the participle passe.

Things might be about to get pretty dicey here in America. And we need you! For too many reasons to enumerate. But here are a few:

1. Like it or not, a Trump presidency will likely affect the whole world all at once.

Show me the serene, wealthy, developed country with plenty of English speakers and an advanced social welfare state you plan to flee to, and I’ll show you a junior partner in an economic and/or military alliance with the United States.

President Trump tries to blow up NAFTA? Canada’s gonna have to deal with that. NATO starts cracking up over Trump’s pay-to-play plans? Suddenly, Europe ain’t looking so hot. China seizes the opportunity to get aggressive in the South Pacific? So much for Japan and Australia.

Like it or not, the highly erratic decisions Trump might make are going to affect you anywhere you go in the world. The only chance we have of limiting the damage is if someone is here to push back.

Now, more than ever, we need to stand with women, people of color, and LGBTQ folks, and let them know we’re on their side.

2. We have to human shield our non-white fellow citizens with our pasty bodies.

Muslim Americans, Latino Americans, black Americans, LGBTQ Americans, disabled Americans, women Americans. They’re our friends, family members, and neighbors. And they don’t all have a crash pad in Quebec waiting for them.

Trump has promised to deport 11 million people. Many of those people have family members who are U.S. citizens; they have lived, worked, and paid taxes here for years (or decades). Some came here when they were children. Anti-Muslim violence has risen to its highest level since 9/11. His followers or people purporting to be his followers burned down a black church in Mississippi just last week.

We need to do whatever we can to slow or stop the injustices from piling up. If it requires civil disobedience, we need to be here to disobey. We can’t leave the burden on those who can least afford the risk.

The best use of our privilege isn’t to leverage it for entry into a receptive foreign country where we can spend the next four years feeling smug and superior to our suffering compatriots. It’s as a barrier between our less privileged peers and the newly empowered clique that seeks to surveil their communities, break up their families, and deny them their rights.

3. Trump will be personally sad and possibly even ineffective if we make his life hard.

Trump is lazy. For months, he campaigned by watching cable news and ranting on Twitter rather than doing the hard work of building an actual campaign. Miraculously, it worked despite his best non-efforts.

Trump is only effective when he can bully people into shutting up and doing his bidding. Lots of people have been doing this all year: Paul Ryan, John McCain, Ted Cruz, Jason Chaffetz, Chris Christie, etc., etc., etc., etc., etc. When he has to actively fight back against opponents who stand up to him, he staggers and flails.

If those of us who oppose him and everything he stands for move to Canada, leaving only those who he can cow, we might not like how this place looks when we move back in 2021.

The work of democracy doesn’t end when you lose or when things get dark.

It gets harder, but it goes on.

Trump is going to be president now. It’s a sad fact, but a fact nonetheless. I’m pretty devastated, and I’m really not sure what to do next. And if I, a white guy, am feeling this way, I can only imagine how the millions of women, LGBT folks, immigrants, and people of color are coping.

Leaving for a place where our values are ascendant might be what you or I want. But that’s not what this country needs.

We need votes for politicians who oppose Trump’s agenda. We need people to stand in the streets when he tries to deport our colleagues and friends. We need an on-point team to make sure that this weird national freakout only lasts four years.

After last night, the Trump machine is up and running at full power.

Now it’s time for the American machine of checks and balances, of free speech and a free press, and the great tradition of political protest to answer.

In a forgotten town by the Salton Sea, newcomers build a bohemian dream

Great British Bake Off: More than 10 million tune in to first episode –...

‘The Office’ Edition Of The 10 Year Challenge Shows How The Actors’ Lives Have...