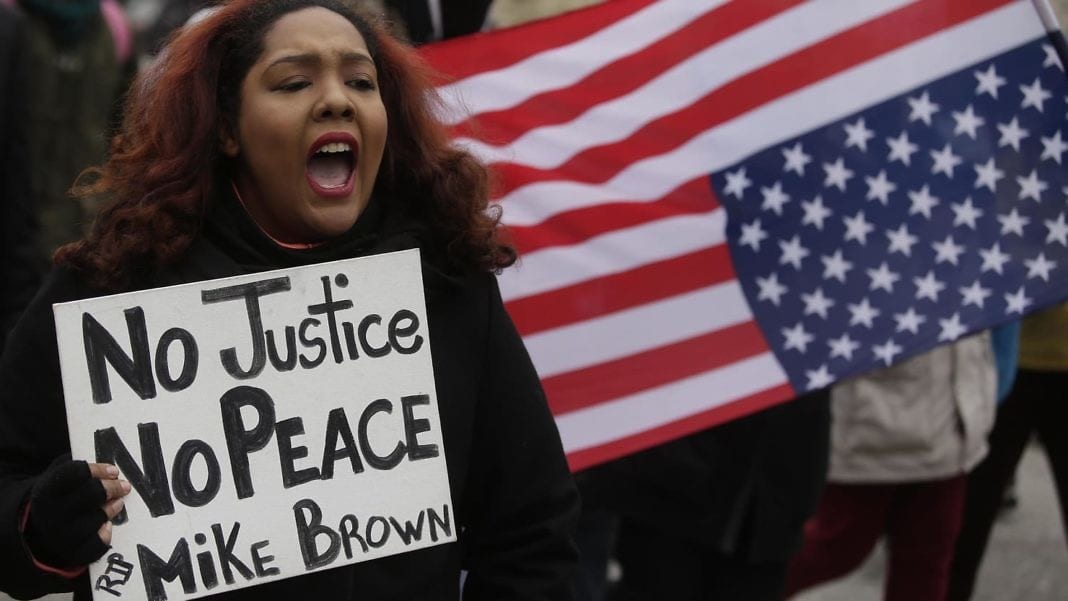 With the results of one primary election, those who care about the preservation of human life have moved the needle toward justice in a major way. St. Louis County prosecutor Bob McCulloch—the Ferguson prosecutor who refused to convict the officer who shot and killed Michael Brown Jr.—has been voted out of office.

His defeat is is a big deal. To many police reformers—like me—the message is clear: Something has changed, something big has happened. We owe it to Michael Brown, Jr. and the entire Ferguson community to recognize this and identify ways to replicate it and its effect in cities and states nationwide.

Many would attribute the results of Tuesday’s election—similar to other political wins we’ve seen in Philadelphia and Cleveland—to an awakening of the American consciousness that happened four years ago. It seemed, all of a sudden, that the nation had been jolted awake by a steady parade of black men shot and killed by police. And the slow response of those in authority in the face of such inhumane treatment was an additional slap to the country’s face.

But then, as consensus was beginning to set in and powerful support structures started aligning towards police reform, our democracy took another blow from a far less likely source. The presidential election of 2016 rocked America’s consciousness in quite a different way and—slowly but surely—the nation drifted away from its focus on police reform.

"The retreat has not been uniform across criminal justice reform spaces, however. In fact, many of my colleagues enthuse that real criminal reform has always been happening at the state level and that, because it has been protected from the funhouse mirrors of DC politics, it continues apace. And there is some evidence of this in the form of meaningful gains in reducing prison sentences, eliminating juvenile detention, ending money bail, and electing reform-minded prosecutors like Ferguson’s Wesley Bell.

But the same cannot be said for the institution that sparked the outcry that landed us here: policing. With the end of the Obama administration, the Community Oriented Policing Services (COPS) Office retreated significantly from reform, removing its $200 million annual budget from the playing field. Grants from the COPS Office under Ron Davis and Bernard Melekian had been used to encourage, prod, cajole, and outright shame departments into embracing reforms. These funding values were consistent with the recommendations from the Task Force on 21st Century Policing, another Obama-era initiative that has since been abandoned by the federal government.

But, like elections, reform has always required more than federal dollars. The $200 million in federal funds was offset by philanthropic investments in criminal justice reform. Our best estimates say that the national philanthropic budget for criminal justice reform (from national philanthropic funders) is somewhere between $220 and $240 million annually. That’s nothing to sneeze at and a hefty sum above what it used to be. But it’s a drop in the bucket of a system that spends hundreds of billions of dollars annually at the federal, state, and local levels.

In other words, policing—the institution that catalyzed national urgency for criminal justice reform—gets 20 times less funding than incarceration. Twenty times. While funding for decarceration efforts is needed—and can be increased—the funding gap is startling.

Taken together, philanthropic funds and federal dollars show a retreat from much-needed support for policing reform, political indifference toward policing under the current administration, and an apparent apathy about the continued burdens of disparate policing.

Ferguson City Councilman Wesley Bell’s victory over Bob McCulloch wasn’t just a political win, it was community vengeance. For the better part of the day after Officer Wilson killed Michael Brown Jr., the feeling in the community of Ferguson grew from shock to hurt to rage. That’s because, for four hours, Ferguson police allowed Brown’s body to lie, uncovered, in the baking August sun. Officers walked around him, joked and talked with each other, and made sure that no one who loved him could claim the body. The effect was to leave a festering wound out in the open, taunting a community freshly grieving from loss, ensuring that the respect and dignity owed to any life was publicly denied to a young man with a bright future.

Many viewed the blatant lack of concern toward the loss of human life as unconscionable, unfathomable, and unacceptable. In 2014 they took to the streets to show their disapproval. On Tuesday they went to the polls.

So, while national attention toward policing reform and the need for social change may have shifted, local communities are owning their streets and redefining public safety for all of us. We should all be grateful.

The people of Ferguson have reminded us that we must refocus our attention on policing reform—with our voice, and our vote.

Feel the burn: why do we love chilli?

Marisa Tomei: ‘I only got to be old very recently’