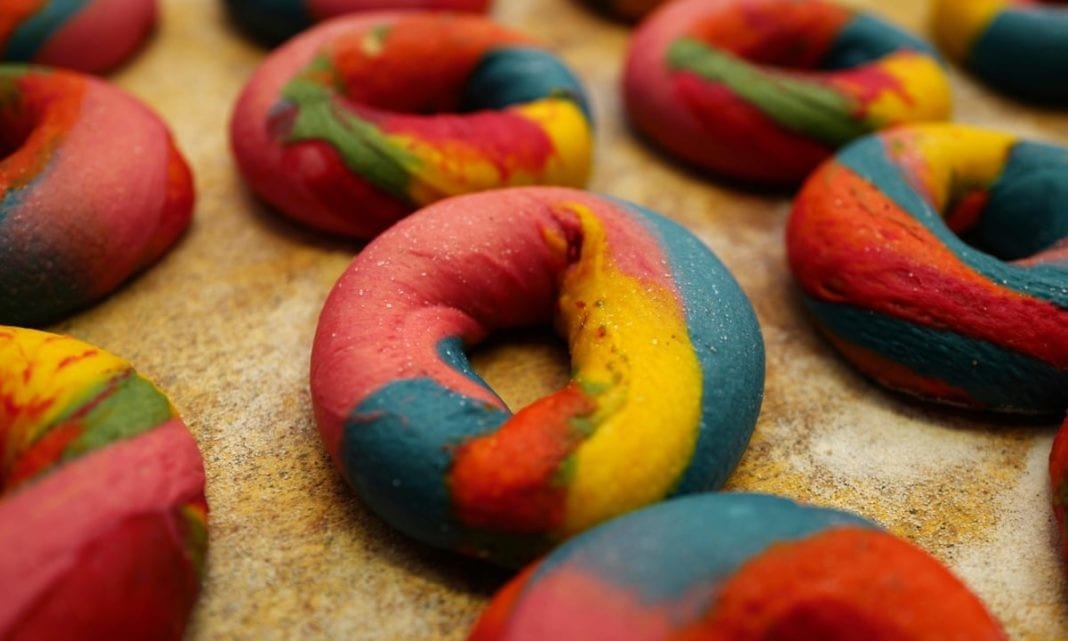 New Yorks multi-coloured snack has landed on Londons Brick Lane. But should you eat it with Nutella or salt beef? 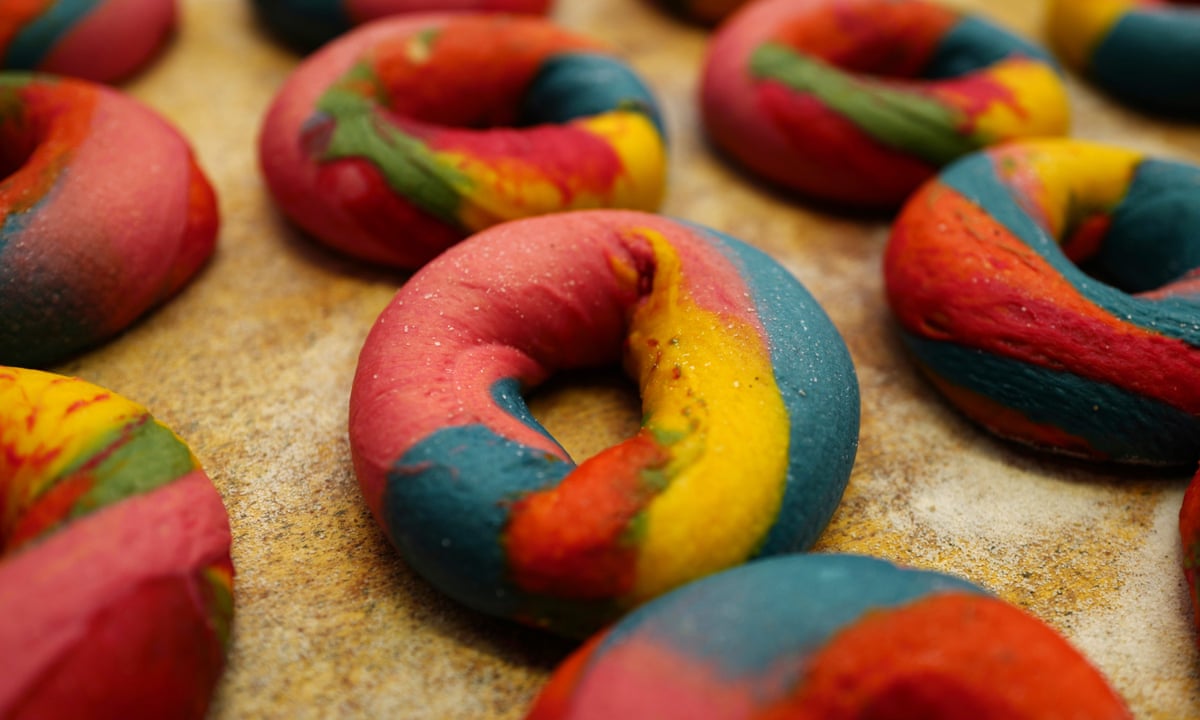 The rainbow bagel has come to London. New Yorks Famous Rainbow beigel sold here, reads a sign in the window of the famous Beigel Shop on Brick Lane. Condensation has made the colours run, but thats OK. Blending colours is this baked goods raison detre.

Rainbow Bagels the name is trademarked became a massive hit in New York after Jonathan Cheban, a friend of Kim Kardashian, shared pictures of his purchase on Snapchat. They are credited to baker Scot Rossillo, the self-described Worlds premier bagel artist, whose CV also includes the invention of the cragel, a croissant-bagel hybrid.

At Rossillos Bagel Store in Williamsburg, Brooklyn, the colourful bagels are usually served with Nutella or cream cheese blended with hundreds and thousands. But not on Brick Lane. No, no, no, says head chef Jimmy Taffat. This is maybe in America. Not in London. Here, they put salt beef.

Really? It is hard to imagine the orange of smoked salmon looking appetising within this psychedelic swirl, a bargain at 50p. A bagel is a bagel, explains Albert Dassa, a bagel maker of 45 years who helps in the shop. Otherwise it would be like a sweet. There is no sweetness whatsoever. Otherwise we would have to call it rainbow cake.

It was Dassa who had the brainwave of trying out the rainbow bagels in London, after reading about the New York ones. Meanwhile, Whites sister, who lives in Manhattan, had sent her a link to a video of Rossillos creations. Im always looking for the latest trends, she says. I saw the video and and Albert read about them, and I said: Ive already seen this. She went to Taffat in the kitchen, who said he could make them.

Here are all the movies and TV shows you can binge on when Disney+...

Red, White And Blue Desserts That Are More Patriotic Than You