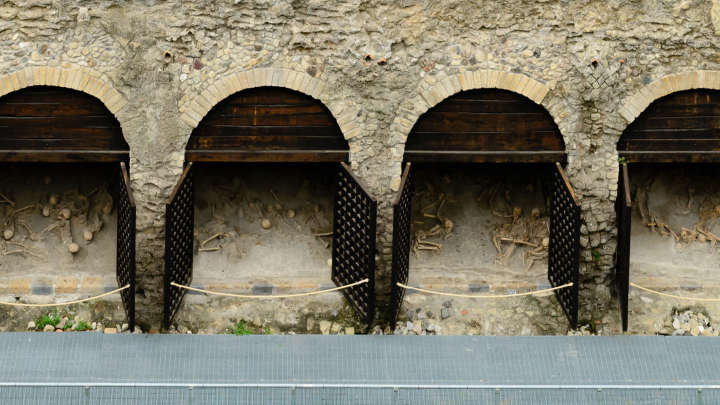 New forensic analysis suggests that many victims of Mount Vesuvius died an even more grisly and prolonged death than previously believed.

In 79 CE, Mount Vesuvius erupted over Pompeii and Herculaneum, showering the Roman towns in a pyroclastic flow of hot gases and volcanic rock. Up until now, many have presumed that all of the doomed townspeople were instantly killed in a gush of intense heat. However, a new study has now challenged this long-held view – some of the deaths were perhaps long, more grueling, and all the more unpleasant.

Instead of being instantly vaporized, the researchers suggest hundreds of people became trapped inside boat houses, where they were slowly “baked” alive or choked to death on toxic volcanic fumes. Others may have died from gradual dehydration as the temperatures rose to sweltering levels.

“It would have been dark and dirty and terrifying,” study author Tim Thompson, a professor of Applied Biological Anthropology at Teesside University, told IFLScience.

In the journal Antiquity, archeologists from the University of York and Teesside University in the UK analyzed the skeletons of individuals that were discovered in the boat houses and beaches of Herculaneum. In a panicked bid to escape the eruption, hundreds of people hid in the stone boat houses. While this offered some insulation from the initial rush of intense heat, it created a scenario that “closely relates to baking,” said Thompson.

“We think the people in the boat houses were basically hiding to protect themselves from the downpour of debris while the others were on the beach attempting to get the boats ready to escape. There’s no significant trauma on the skeletons, so this largely worked until the boat houses were overcome by the pyroclastic flow. We think they got trapped and suffocated,” explained Thompson.

“The heat from the flow would have taken a little longer to work through the stone structure to get to a temperature that would have been lethal.”

The team reached this conclusion by carrying out forensic analysis on the rib bones of some 152 people found in Herculaneum. The crystalline structure of the bone, as well as the internal collagen, showed only slight changes to the outside of the bone, suggesting they were not exposed to the extremely high temperatures (between 300 to 500°C, 572 to 932°F) you would expect to see if they were vaporized. A slower – although still gruelingly hot – death appears to be much more likely.

“At least, that’s our working hypothesis,” added Thompson. “Our new analysis is giving us a more nuanced understanding of what happened on that fateful day.”

For now, we don’t truly know what went on during that dark day in 79 CE. For example, researchers aren’t even certain in what month of the year the infamous eruption occurred. Regardless of the finer details, it’s safe to say that Pompeii and Herculaneum in 79 CE should stay off your time-machine bucket.

Lisa Frank Bed Sheets Are Here So Your Home Decor Can Pay Tribute To...