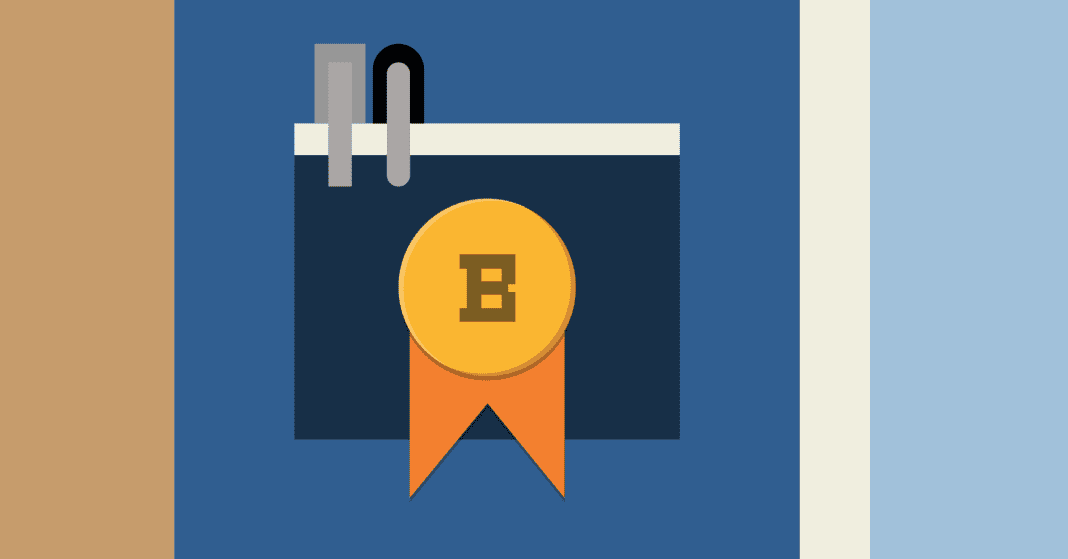 So you still have no idea how to talk about cryptocurrencies at a cocktail party. That's fine: Your livelihood doesn't depend on it. But for a certain segment of the population—investors, industry analysts, lawyers, really anyone who's tech-adjacent for a living—it's suddenly their job to have something "smart" to say. And if they have any hope of establishing themselves as authorities on the subject, they're not allowed to shut up about crypto. So they harangue you at those parties, tweet, hold forth on conference panels, tweet, prognosticate on podcasts, tweet, host meetups, tweet, publish ghostwritten blog posts, and also: tweet.

There’s a reason for the relentless self-promotion, of course: Once an executive or investor develops a reputation as an expert on this or that tech trend, they’ll be the first call for entrepreneurs seeking to raise money, or hire a lawyer, or rent an office space for their brilliant disruptive startup. Thought leadership leads to incoming relationships. Relationships leads to the hot customers and deals. Hot deals beget even hotter deals. It’s the virtuous cycle of success.

The tech industry is small, and there are only so many trends to go around. The holy trinity of bitcoin, blockchain, and cryptocurrency is currently raging. Startups are pivoting to blockchain. Legacy brands are pivoting to blockchain. Venture firms are investing in cryptocurrencies. Scammers are raising millions for tokens with the word “useless” in their name. The self-help "gurus" and "geniuses" are flooding the market. The Winklevoss twins became bitcoin billionaires. 50 Cent found $8.5 million worth of bitcoin under the couch cushion!

The secret of thought leadership, though, is that it's built on a flimsy foundation of buzzwords and a sufficient lack of shame. Yes, even you, with the 53 Twitter followers, could probably convince someone of your crypto clairvoyance. The trick is to study the writings and blog posts of the people who do this professionally. And we've done that for you! Steal shamelessly, and maybe you'll finally have something to say.

Open with a grandiose statement: You believe blockchain and cryptocurrency will change the world as we know it. It’s as monumental as internet was in 1995, as legendary as the American Revolution, as profound as the time Steve Jobs took LSD. It’s on par with [choose one: The Mobile Revolution, the Drone Revolution, the IoT Revolution, the Vaping Revolution].

“It is more than a trend. And it is everything the internet always wanted to be.”

“It’s a return to the original spirit of why money was invented in the first place.”

“The internet is a powerful tool that has revolutionised the way we interact and do business. But if anything the comparison undersells the blockchain.”

Establish credibility: You have believed in this stuff for longer than anyone. You bought half a bitcoin in 2009.

“The year 2009 seems so long ago, especially in the cryptocurrency world, but still hangs heavy in my mind.”

“Many years have passed since I first enabled bitcoin payments on my website.”

“[My] decision to hold bitcoin for more than a decade has paid off.” (Editor’s note: Bitcoin was created nine years ago.)

Boost cred: Use academic papers and college vocabulary words to make tiny, artificial distinctions that sound really smart and important. Someone will retweet them with "THIS" and a finger-arrow emoji.

Issue a warning: This is your “to be sure” section. “To be sure, it’s very noisy right now. There will be many failures, many fraudsters trying to make a quick buck, and many lawsuits. (But not me, I’m credible, remember the thing about the half-bitcoin?)”

"The market is at all-time highs at the moment. There’s no hurry. Chill.”

“Danger lies in the promise of becoming rich through Bitcoin. If anybody guarantees that you will become rich by investing in Bitcoin, be careful!”

Throw in some fear-mongering: Any losers not on board should prepare to be left in the dust.

“There will only be a long list of companies that failed to keep up.”

“Everybody who loses out, and that’s most people and nearly all of the structurally powerful institutions, fights every step of the way to this outcome.”

Nod to the haters:  Unlike ignorant newbies or finance industry skeptics, you are paying no mind to the market's volatility. These are short-term blips in a long-term bull market.

“Other than using the Tulip analogy, if you want to let the world know that you are completely ignorant about Bitcoin Technology, saying “Bitcoin is a ponzi!” is your best bet.”

End positive: Remind everyone it’s early days. We’re just getting started. The reader should be picturing your thoughtful upward gaze on a HOPE poster.

“True momentum hasn’t even begun yet — but it’s about to.”

“We will live in a future where Bitcoin set money free.”

“For us and many thousands of others, we are not waiting for exit. Bitcoin is the exit”.

“What legitimizes our claim to be the future is that society needs us.”

Hit publish and share relentlessly in every possible forum, regardless of whether it feels appropriate. Refer to it on your panel talks, leave a link to it in the comments sections of other blog posts, and paste into your email signature. Congrats, you have entered the Thought Leadership Olympics! You could do what Tim O'Reilly did for Web 2.0, what WIRED did for the long tail, or what Marc Andreessen did for tweetstorms—but on the blockchain! Remember: Loudest voice wins.

Be a Bitcoin Boss