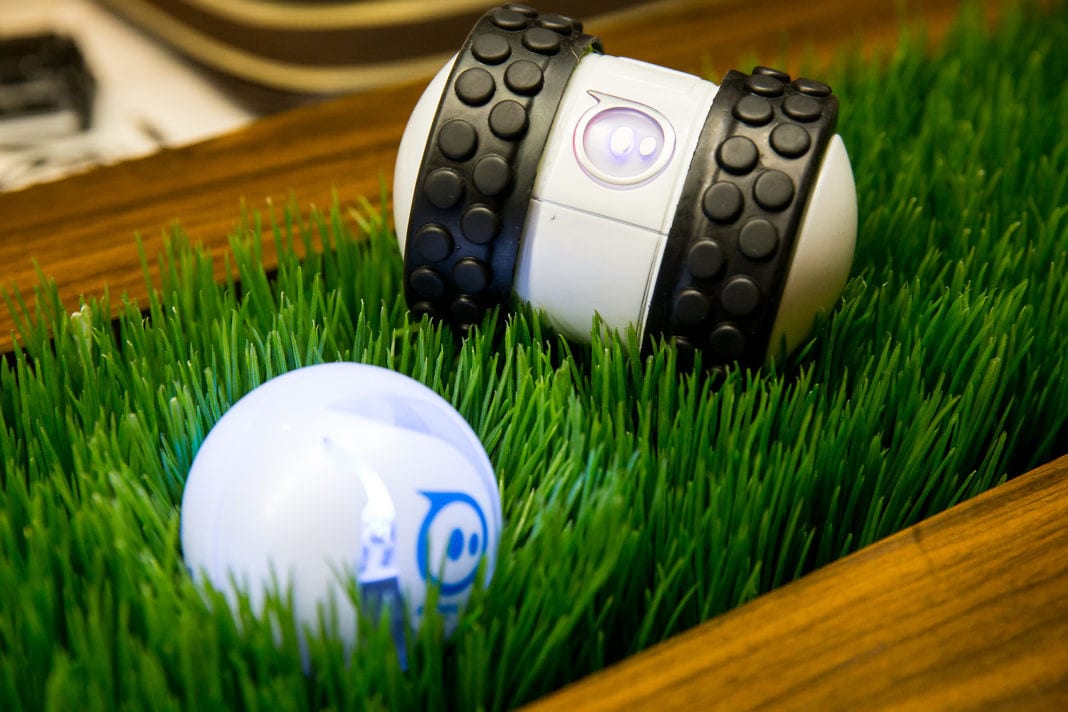 Hardware startup Misty Robotics has a daunting task ahead of it. The Boulder-based company is working on a robot aimed at mainstream consumers for employment in the home and office. But Misty certainly has a solid foundation, as a spinoff of robotic toy maker Sphero, coupled with an $11.5 million Series A led by Venrock and Foundry Group.

The new company employs about half a dozen former Sphero ex-pats, including co-founder Ian Bernstein, who will be Mistys Head of Product. Bernstein and team have been working on the seeds of Mistys first product under the Sphero banner for roughly a year and a half, ultimately opting to spin it off into a new company, given its vastly different and decidedly more ambitious goals.

At some point it just made sense for Sphero to focus on connected play, Bernstein tells TechCrunch. And it would make sense to spin off a company so we can raise more money and go bigger and faster on this idea of an autonomous robotic being in the home and office.

Founded as Orbotix in 2010, Sphero has seen rapid growth in the past several years as its transformed itself from a niche maker of a smartphone-controlled robotic ball into a full-fledged Disney co-conspirator. The company rocketed to success when its first product became the basis of the remote-controlled BB-8, a wildly successful Star Wars tie-in. Since then, the partnership has produced newCars and Spider-Man toys.

But Mistys offering is something else entirely. The company isnt ready to reveal much in the way of details at this early stage, except to say that its planting the seeds for more mainstream devices. Its understandable, of course, that its fairly modest in its projections. Countless companies have tried to bring consumer robotics to the home, but have largely failed through some combination of half-baked technologies and impossible-to-meet consumer expectations.

For a robot to succeed in the home, it has to be affordable, capable and serve some task that people either cant or simply dont want to perform. Only iRobots Roomba has come close. The product has found success, but even so, its one-note functionality feels underwhelming compared to the expectations science-fiction has been feeding us for decades. But products like it and Amazons Echo are slowly opening the door to more technology in the home. Though Misty tells me it believes a truly mainstream consumer robot is still several years away.

We dont believe its time for a mainstream robot, says CEO Tim Enwall, who also founded Google-owned home automation company Revolv. We dont believe there [is currently] a market for it. What we do believe is that there will be a robot in everyones home and office and there is a progression to that process. And that progression, like every other technology weve ever adopted as humans, doesnt start with a mainstream market. It starts with an innovator market.

Mistys first several products will be targeted at the hobbyist/maker market something more akin to where desktop 3D printing and drones have been for the past decade. From there, however, it hopes to build toward something more substantial, both through acceptance among early adopters and a fine-tuning of the multi-purpose robots functionality. But, adds Enwall, even the first-generation of product will embody the principles required for putting a robot in everyones home and office. Its just that this first version will be targeted at innovators.

The company has released the above promotional image, which highlights an early prototype. At the very least, it appears to point to something more biologically influenced that the Roombas hockey puck shape. Whether it takes the form of a humanoid robot, an animal or something else entirely, remains to be seen.

Though Mistys Sphero experience does point to a company that understands the value of imbuing a product with personality. Weve learned a lot, says Bernstein. From the progression of starting to add personality in Sphero 2.0, to the Disney deal, [weve learned] the power of creating a robot thatsmore of a character.

Mistys first product is set to hit the market next year.

Investors agree that enterprise startups are hot in China