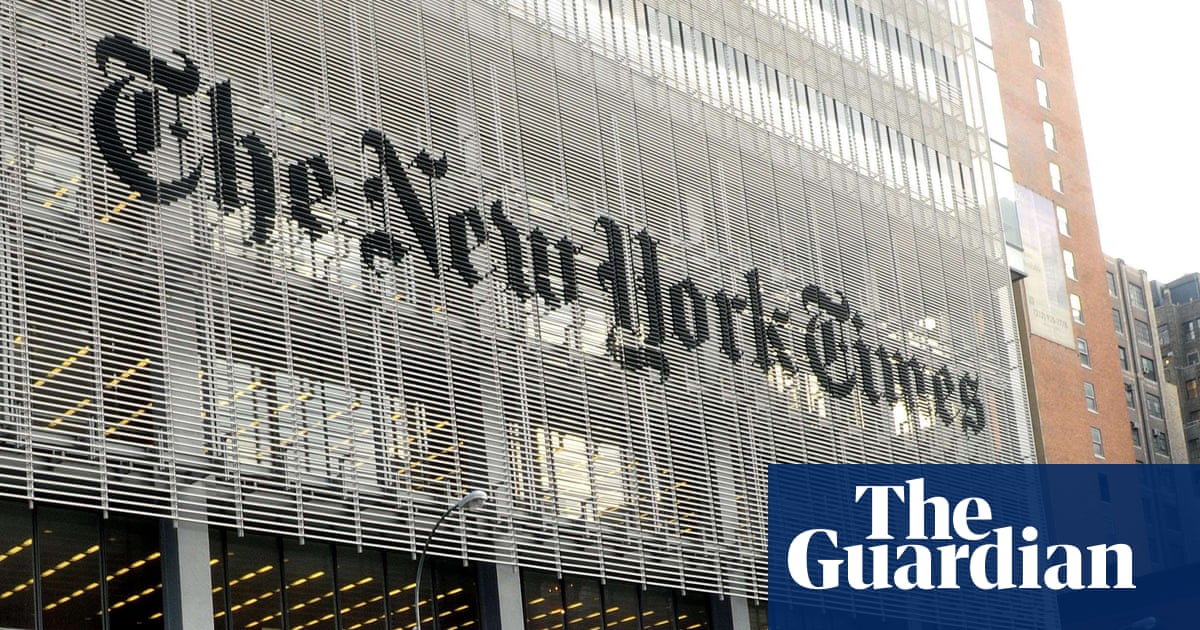 Less than 24 hours after it was announced that Sarah Jeong was to join the editorial board of the New York Times, the reporter was embroiled a row over the nature of racism. Old tweets in which Jeong, a reporter for the tech website the Verge who is of Korean heritage, criticized and made jokes about white people were resurfaced on a rightwing blog run by Jim Hoft.

One of the tweets said: “oh man it’s kind of sick how much joy i get out of being cruel to old white men”. Another read “are white people genetically predisposed to burn faster in the sun, thus logically being only fit to live underground like groveling goblins”.

Hoft published Jeong’s tweets on the Gateway Pundit, a far-right blog that often publishes entirely false stories that bolster the Trump administration. Hoft run a number of false stories about Hillary Clinton’s health and Democrats committing voter fraud, and the site claimed that video footage of a white supremacist driving into protestors at Charlottesville was faked by the state. The Gateway Pundit was granted White House press accreditation soon after Trump’s inauguration and Hoft regularly attends briefings.

The Times has decided to allow Jeong to stay in the role but in a statement said that it does not condone her language, saying it was not acceptable at the Times.

Jeong posted her own statement in which she screengrabbed some of the racist abuse she had received on Twitter and explained that she was “mimicking the language of her harassers” and the tweets were “intended as satire”. But she also says she deeply regrets the language she used.

The response has infuriated those on the right, including Mike Huckabee and Rod Dreher, who have accused Jeong of being racist against white people. In a furious editorial on his Fox News show, Tucker Carlson claimed that the New York Times embraced “race guilt, collective punishment and moral purity based on bloodline” by defending Jeong.

He went on to claim that liberals had redefined racism to make it impossible to be racist to white people. “Is there really an entire race of people so repulsive, so morally repugnant that … they’re not really human?” he asked.

Jeong’s supporters, including the author Ijeoma Oluo, argue that Jeong’s tweets are not racist and that she was “using humor to get through the white supremacist bullshit this society shovels on WOC [women of color]”.

Jeong’s tweets arguably form part of a genre of commentary common on Twitter and in mainstream media, from the hit Netflix show Dear White People to the bestselling book Stuff White People Like, which seek to highlight the ways people of color can be excluded by white society.

Jeong previously wrote for millennial-focused tech websites like the Verge and Vice’s Motherboard, where her audiences probably reasoned that she wasn’t starting a race war but blowing off steam. Late Thursday, the Verge published a statement defending Jeong and blaming “online trolls” that seek to get people fired, saying they were acting in bad faith.

“Online trolls and harassers want us, the Times,and other newsrooms to waste our time by debating their malicious agenda,” they wrote. “They take tweets and other statements out of context because they want to disrupt us and harm individual reporters. The strategy is to divide and conquer by forcing newsrooms to disavow their colleagues one at a time. This is not a good-faith conversation; it’s intimidation.”

Jeong’s experience in the last two days has highlighted the way the “alt-right” is unearthing problematic social media posts in order to try and get opponents fired. In an antisemitic post on 4chan, a user who appeared to have discovered the Jeong tweets said they weren’t trying to get her fired, but to force the Times into defending her in order to “wake-up the normies” to what they believe are the true intentions of the “Jew-dominated anti white” media.

The saga highlights not just how damaging postings on social media platforms can be, but how social media platforms themselves have changed. When Twitter first launched, many joked it was just a website where people wrote about what they had for breakfast. While it was never that dull, for the first couple of years the tenor of most tweets were micro-updates, personal, a kind of running commentary shared often between small cliques.

Now, as the website has become the de facto place for major companies to make public statements and the US president to announce policy, Twitter is a website of record. But while the medium has gone from being conversational to consequential, all those old tweets hang around, like a 4am party conversation you had 10 years ago suddenly being forwarded to everyone you know.

James Gunn, the director of Guardians Of The Galaxy, faced similar issues last week when rightwing bloggers unearthed offensive jokes he’d made on Twitter over a decade ago when he was making cult comedy horror films like Slither. Gunn joked about child molestation and rape. Gunn was fired from the franchise.

The fact that for both Gunn and Jeong, the tweets were resurfaced by rightwing political opponents also raises issues about they way someone’s internet history can be weaponized. Often the people reposting others’ questionable tweets from the past have a history of online trolling themselves. But that doesn’t change the fact that what Gunn and Jeong wrote is antithetical to the values of their employers.

The result is a situation in which antisemitic trolls and a blog with a history of defending white supremacy can accuse an Asian writer of racism. When her employer defends her against the charge, figures on the right use that to stoke racial tensions and claim liberals are racists.

How hard do you think Trump laughed at Chuck Schumer’s multi-tweet temper tantrum over...